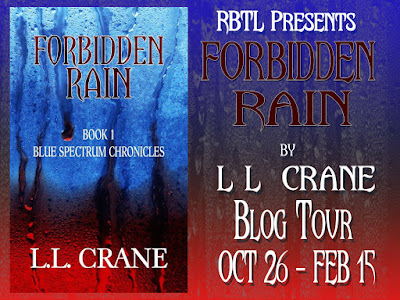 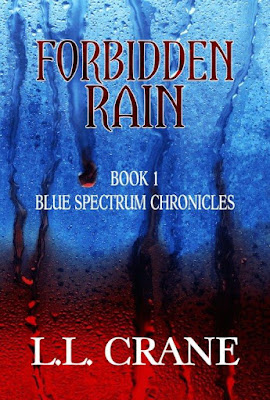 Rain is forbidden.  As a matter of fact, any teen romance is quickly snuffed out by the Administration due to the high S.L.A.G. (symptomatic latent autistic gene) rate.   But that isn’t going to slow Orion down.  He wants Rain, and one way or another, he’s going to get her.  The problem?  She isn’t interested in the hunky new boy who struts into her Geography class right after an earthquake strikes Province A. New students are rare in the Provinces, and much to Rain’s dismay she must show him around for three long days.
But there’s much more to Orion than what meets the eye.  The cocky boy has secrets, not only about his family but about Rain’s as well.  When a romance finally develops, Rain and Orion must find a covert hiding place so the Administration’s prying eyes won’t find them.  But will it work?  The hedge gap seems the perfect place, until Orion mysteriously disappears, leaving only one cryptic clue.  The letter K.  Heartbroken, Rain feels the loss of Orion viscerally and is determined to find him.  Eventually, after giving up on Orion, Rain settles into a normal routine with her new family, trying to forget about him.
But Rain soon discovers that she has the biggest secret of all, and if the Administration finds out, there is more at stake than just a teen romance.  Left on her own, Rain must face the biggest decision of her life.  There are only two paths to follow.  Which one will she take?
Book 1 in the Blue Spectrum Chronicles will keep you tethered to your seat, waiting to turn each page to see what happens when a young couple bravely dares to fall in love at a time when it is strictly forbidden.

The story starts with showing the reader the type of childhood Rain has.  It also shows what type of life our children’s children may have in the future.  Besides going to school, Rain works at a clinic that makes me sad.  But it’s steeped with what may be our future reality.  Orion is a young man that’s going to push her buttons.  She needs something to wake her up and get her out of her comfort zone.

This is a book that may be listed as a young adult book but it’s one that anyone will enjoy.  The author has a way of getting the reader involved with the story.  If you’re a fan of science fiction then this is a book you may not want to miss.  Maybe you like a little romance with that and the author shows how this society finds love to be forbidden.  You will be caught up in how our young couple comes to grip with that.  Are you a rebellious person?  Why not see if these two are going to question what is going on around them or are they going to learn to conform as others do.

It’s a story that will have you wanting more.  Good thing that this is just the beginning of what’s going to be an interesting series.  You’ve got to love a character that wants to fight what the system dictates.  This book will leave you hanging because it gets you ready to read Vanishing Rain.  Good thing the book is out now so you don’t have to wait and can read from one book to the next.  Then the only thing you might have to wait for is the third book to come out.

Orion nodded his head up and down, his eyes gazing off into the darkness of the hedge, uncrossing his long legs and stretching them out in front of his body. “I know you might not believe me, especially after yesterday.”   He was quiet again, his jaw clenching firmly, the muscles in it popping out like inverted rivers.  I wanted to take invisible fingers and massage them back to normal.  To take those same invisible fingers and with a click, make all of this disappear.
But there were no invisible fingers, and my stomach roiled into knots.

Cupcakes and Characters:
(Choose 3 of your Characters and tell us what their favorite cupcake is and why)

Rain:  She would have to have a gigantic white cupcake with raspberry swirled frosting and sprinkles of every sort on top.  Rain rarely gets a treat because her weight slips up above mandated guidelines too often.  She has had to go without so many delicacies because of this, eating such things as organic chicken and gluten free noodles with broccoli, that she craves anything sweet...and it isn’t always cupcakes!

Orion:  Orion would have to have deep blue frosting on top of a chocolate cupcake.  The blue represents his heart-stopping blue eyes and the constellation he was named for as well as the blue sky that Rain always looks up to, searching for him.  The chocolate is because in his own way, Orion is the most down to earth of all characters in the book, even though most of the time, he appears to be a wild card and very dangerous!

Dove:  Dove would need a red velvet cupcake with red hearts dabbled on top of white frosting because she is filled with so much love.  She is strong yet loving and is such an important part of Rain’s life that the red would also stand for the power she has helped Rain attain throughout the book. 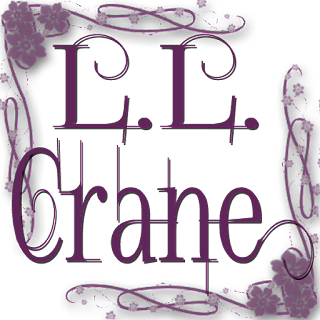 L.L. Crane lives in a remote area of Northern California with her two horses, six goats, three dogs and two cats.  When she was a child, L.L. Crane dreamed of being a writer. She used the name, “Katie Bush” as a pen name for the famous writer she hoped to become, cranking out book after book on her mom’s old blue typewriter.
As life often has twists and turns, L.L. Crane found herself becoming anything but a writer.  She graduated with a B.A. in Education, even though she was honored to begin her college career with the aid of writing scholarships.
After becoming a teacher, raising three children primarily on her own, as well as owning and operating a business, L.L. Crane finally pursued her dreams and began writing novels.  She brings her own experiences from teaching and her love of animals to her stories.
L.L. Crane is an avid reader and writer and loves children, animals, reading, riding horses, and gnomes.