Disclosure of Material Connection:  I received this book for review from Book Partners in Crime Promotions and the author.  I was not compensated nor was I required to write a positive review.  The opinions I have expressed are my own.  I am posting this in accordance with the Federal Trade Commission's 16 CFR, Part 255:  "Guides Concerning the Use of Endorsements and Testimonials in Advertising". 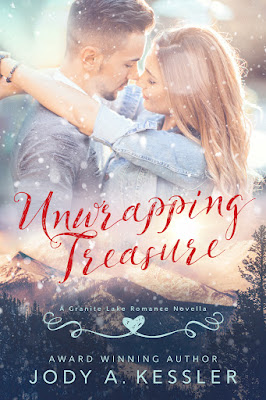 Paramedics Treasure and Bodie never imagined their Christmas Eve nightshift could turn into a dangerous and sexy holiday escapade that changes their lives forever.

Paramedics Treasure and Bodie arrive on scene at a routine emergency call and find an outrageous holiday party, a Christmas tree on fire, and an innocent life to save that nearly cost them their lives.

After escaping the chaos of work, they decide to spend their Christmas vacation together at a secluded lakeside cabin deep in the heart of the Sierra Nevada Mountains. With the snow falling soft, a warm fire in the hearth, and fresh cookies baking in the oven, an innocent holiday getaway quickly turns into a night of spontaneous passion with no strings attached.

Will Treasure and Bodie’s hasty decision to spend the night tumbling between the sheets – and on the table, and the floor – prove disastrous or will their relationship develop into something neither of them saw coming?

“Slow down,” he said next to her ear.
Treasure didn’t want to slow down. She wanted to peel his shirt off and unbutton his jeans and have her way with him. She’d never given much thought to what Bodie would be like to sleep with and now that they’d kissed she knew he could drive her straight to fifth gear with ease. Hell no, she didn’t want to slow down.
She stilled her breath as she considered how to approach this unwanted request. With her hand captured beneath his, she clenched her fingers lightly but firmly on him.
“I don’t think you can handle me,” she said, tossing his own words from earlier back at him. Still straddled over his lap, she pressed down and scooted her hips forward a couple of inches, grinding her pelvis against his. “Either do me, or don’t, but I won’t beg for it. What do you say to that?”
“I say, you’re not going to get away with whatever it is you’re used to getting. Not from me. We’re doing this together or not at all, Treasure. I don’t sleep around and I won’t use you for a quickie.”
“Damn it.” She slumped back slightly and thought she better get off him. “I guess I made a mistake. I thought you were feeling this as strongly as I am.” She made a move to the side but Bodie grabbed her hips and held her in place.
“You want me to sleep with you and then pretend nothing happened?” he asked.
She didn’t know what to say. In a weird way, that was exactly what she had in mind, but when he put it like that, it sounded impersonal and meaningless. She felt confused for a second and suddenly didn’t know what she wanted.
He raised his hand and she thought he was letting her slide over onto the couch, but instead he placed the pads of his fingers to her jaw and turned her head so he could look into her eyes. She was more than reluctant to face him now. Emotional confusion battled against her baser needs and she didn’t know what to say.
“You’re not wrong,” he said and shifted beneath her so she could clearly feel how hard he still was. “There’s plenty of compatibility here.” He raised his fingers, brushing her cheek with a feather light touch and tucking her hair behind her ear. He moved in to kiss the side of her neck. “Why rush it? We have all night.” He teased her back with nimble fingers. “If you’re going to be my downfall tonight, then it’s going to be memorable. You want to remember why feeling alive is worth it. This is the only way I know how to accommodate us both.”
“You’re pretty chatty for a drunk guy,” Treasure said as she tipped her head back to allow him better access to the front of her body.
“I’m only setting the boundaries before one of us accidentally crosses a line we didn’t know existed. And I’m not drunk. If you are, then we should probably wait until you’re sober.”
“I’m not. Buzzed maybe, but in full control of myself.” 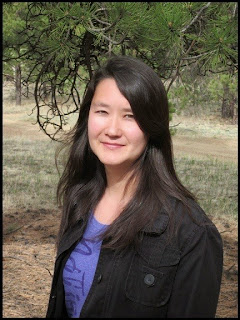 Jody A. Kessler’s debut novel, Death Lies Between Us, won the Readers’ Crown Award for Best Paranormal Romance and was a runner up for Best First Book. She also writes historical time travel fiction and contemporary romance.

When she isn’t navigating the terrain of her imagination and writing it down, she can be found exploring the wilderness of Colorado with her family, or in the kitchen baking cookies & brownies - and trying not to eat them all. She’s passionate about continuing to learn and reads anything and everything that catches her interest. Jody is a full time mom, a Reiki Master, and has taught Hatha yoga for over a decade.
Jody invites you to stop by her website and see what’s new at: www.JodyAKessler.com