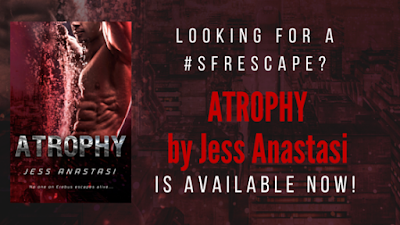 Disclosure of Material Connection:  I received a copy of these books for review from Entangled Publishing and the author.  I was not compensated nor was I required to write a positive review.  The opinions I have expressed are my own.  I am posting this in accordance with the Federal Trade Commission's 16 CFR, Part 255:  "Guides Concerning the Use of Endorsements and Testimonials in Advertising". 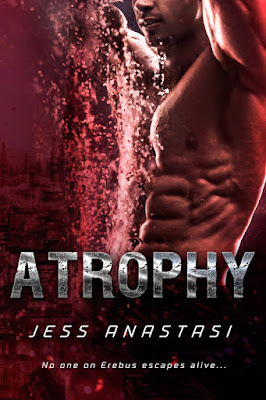 Twelve years on the prison planet Erebus makes a man long for death. The worst part for Tannin Everette is that he was framed for murder. He's innocent. When the ship Imojenna lands for emergency repairs, Tannin risks everything to escape...only to find himself face to face with the captain's undeniably gorgeous sister.


Zahli Sherron isn't planning on turning Tannin in. In fact, she actually believes him. Sure, he's sexy as every kind of sin, but he's no criminal—so she hides him. But no one escapes from Erebus and lives to tell about it. With every day that passes, Zahli further risks the lives of the entire crew...even as she falls in love with a man she can never have for herself.


Purchase your copy of ATROPHY:

Zahli Sherron isn’t having a good day.  Tannin Everette is looking to change his life.  If you’re a fan of the Star Trek franchise, you may enjoy this story.  This author reminded me why I liked the science fiction genre so much.    When I looked at this book on Amazon and Entangled, one tag they used was paranormal but I felt it was more science fiction than the paranormal genre.  You’ll have to read the book in order to see if you agree with me or not.

Even though I used Star Trek as inspiration while reading Tannin and Zahli’s story, I think that this book would also fit perfectly on the SyFy channel.  What’s more scary to think about is that this could be our future.  I always feel that authors that write this genre are very creative and have a way of thinking what our future may be like.  If you think about it, they are creating a world from scratch.  They have nothing to reference to since the world doesn’t actually exist.  And on top of that, they weave a romance through the storyline.

This is the first book in the Atrophy series, so you know that this will have a lot going on because it sets the tone for the rest of the series.  The next book titled Quantum will be coming out next year.  One of the characters from Atrophy that will appear in the second book is Rian Sherron.  If you want to know who he is then you’ll just have to read the book to find out.  The only thing I will tell you is that he is brother to Zahli.

For some, this book may be long but that’s ok with me because it forced me to sit back and relax – and that doesn’t happen very often.  I was more interested in the adventure that this author was taking me on then the romance.  I felt like I was part of the story and I just didn’t want it to end.  If this is what Entangled has in their Otherworld imprint, it just may be worth the time to see what else they are offering.    And I certainly plan on keeping my eye out for more books from this author.

In the diffused glow of her cabin, her eyes looked almost black and her tousled hair a rich deep gold. She smelled like summer-storm-rain on a hot day back home on Barasa, bringing another sting of innocent days past. He could feel her lush curves yielding against him, though tension ran through every line of her body.
She knew he was onboard now. The only way he’d be getting off this hellhole of a planet was with her cooperation. If she would agree to hide him. His heart tripped over itself. It’d been a long time since he’d trusted anyone besides himself, and she almost literally held his life in her hands.
“I need your help.” His voice came out uneven and he swallowed against the tightness in the back of his throat.
She shook her head, pressing herself harder against the wall, her nails digging into the skin on his forearm.
“Please, just listen. I need to get off Erebus. I know you have no reason to trust me, especially now. It’s asking a lot, I know that, too.” Helpless emotion he’d long thought dead and buried tightened his chest. For once, he needed something in the universe to go his way, for this stranger to give him the chance the IPC justice system hadn’t. “I just need a little faith here. So I’m going to take my hand off your mouth, because I don’t want to hurt you, and I don’t want you to be afraid of me.”
With a short breath, knowing with almost total certainty that his one chance of freedom was about to be blown, he dropped his hands away from her and stepped back.
She didn’t shift, didn’t run, and didn’t scream for help, just stood there with fingers locked on her necklace, her chest rising and falling rapidly.
“Who are you?”
“My name is Tannin Everette.”
Fatigue started catching up with him as his body finally hit the adrenaline wall and splattered into a jelly-like mess. His limbs heavy, he walked to her unmade bed and dropped onto the edge. He scrubbed both hands over his face, swallowing again around the tautness in his throat and stared unseeing at the floor. Would he really allow himself to be killed rather than return to a life on Erebus? Panic blended with grief in a sickening whirlpool of misery. He wasn’t brave enough to die, rather than stay on Erebus. Survival instincts reared within him, despite the depravity he’d be facing out in the general population upon his return.
“You’re the guy who came in after that officer attacked me.”
Her bare feet appeared in his line of vision, toenails painted gold and a petite, graphite-colored ring on the little toe of her left foot. She crouched down and touched his chin, bringing his head up.
“What happened to you?”
No one had ever asked him what happened. As far as everyone had been concerned, the case had been cut and dry, no need to ask any questions when the apparent evidence was so overwhelming. 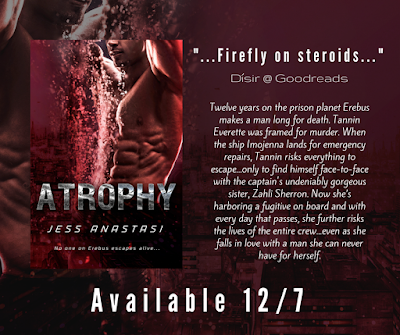 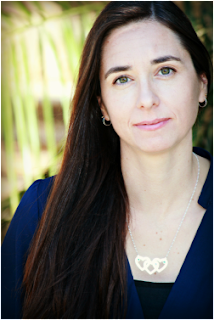 Jess has been making up stories ever since she can remember. Though her messy handwriting made it hard for anyone else to read them, she wasn't deterred and now she gets to make up stories for a living. She loves loud music, a good book on a rainy day, and probably spends too much time watching too many TV shows. Jess lives in regional Victoria, Australia, with her very supportive husband, three daughters, one ball-obsessed border collie, and one cat who thinks he's one of the kids.