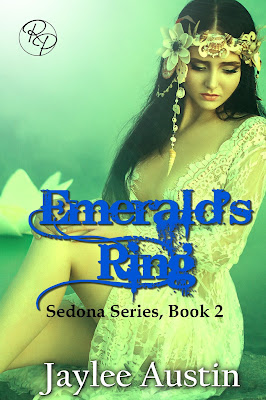 On the brink of death, she finds an unwanted champion in Tristan Avery. Upon awakening, she is in his house. Frightened, she scrambles to escape his overbearing need to protect her. Time is short, she must find the ambassador of the gates and return to her cousin’s house to formulate a plan of action to undo the cataclysmic effects she is compelled to inflict on an unsuspecting city once she completes the queen’s commands.

The wild cowboy sidhe, Tristan Avery finds the dark haired beauty unconscious and poisoned with copper. Determined, to find out why she is here, he follows her every move. When a calamitous earthquake hits Sedona, he is sure she is connected to the mystifying vibrational energy storming through the ley lines of magick. As minder of the Kingdom of Sidhe, he becomes entangled in a battle to safeguard Sedona and defend the women he’s vowed to protect.

Harmonia and Tristan can’t stop the tempestuous hot relationship developing between them as they each hide their own secrets. Will these two overcome the obstacles and find love?

“What do you want with me?” Harmonia asked, her heartbeat racing, nearly exploding with the effects of the drug.

Another jolt of excruciating pain surged through her brain. Her arms remained immobile, unable to move against the repressing force of the woman’s energy.

A fire djinn, of the Infrit tribe, came through the tunnel to her left. Harmonia recognized the sister of her father’s enemy, Vera.

“You recognize me,” she said, circling around Harmonia with a satisfied grin.

In the recess of the cave, Harmonia sensed a Sumerian Sahir. A sour taste of panic formed in her mouth. Her eyes darted around the room searching for the magician. As a child she had learned to avoid the Sahir, known for their deceit and evil deeds.

Vera materialized a dark magick stone of solomon, giving the flaming talisman to the sidhe woman. The stone crackled with electrical energy before turning an ashy black. “It’s time to initiate the plan,” Vera declared.

The sidhe stroked Harmonia’s dark hair. “Silky and beautiful. So perfect,” she said, pulling a few strands from her scalp.

Harmonia heaved a heavy breath and cleared her mind of the shock. She pushed against the wind, determined to gain an upper hand before it was too late. The elements of wind thwarted and overpowered her water magick.  Her body weakened. Unable to fight against the poison racing through her veins, she collapsed breathlessly.

“If I’m to be your servant, who is my master?” Harmonia asked, speaking through her teeth with forced restraint.

The female’s silver lips curved into a wicked grin. “Soon, you and all in the kingdom will remember the days of the unseelie reign.”

“Your clan.” With a resurgence of strength, Harmonia pulled the water particles from the wind and deflated its strength, giving her enough time to open the time ribbon.

“Stop her,” Vera hissed to the sahir. He shot an arrow into the ripple of energy causing her body to crumble to the ground, preventing her escape.

The sahir pulled his arrow from her shoulder. “Try it again and the next arrow will puncture your heart.”

Determined to keep her dignity, she stood. “How can I be of service to one so experienced in the world of sidhe magick as you? Your skills far superior to my own.”

“Aw, you desire a game of wits. The binding requires you have the opportunity.”

Open only to those who can legally enter, receive and use a RoanePublishing.com Gift Code.  No purchase necessary, but you must be 18 or older to enter. The winner will be chosen by rafflecopter, and announced on the widget. Winner well be notified by emailed and have 48 hours to respond or a new winner will be chosen. The number of entries received determines the odds of winning. This giveaway was organized by Roane Publishing's marketing department.

Jaylee Austin lives in Apple Valley California with her partner and dog. Jaylee has a Master’s in Education and works to inspire young writers to take the challenge to find their creative mojo.


Jaylee loves to hear from readers, so please e-mail at JayleeAustin@yahoo.com or follow me on twitter @jaylee_austin 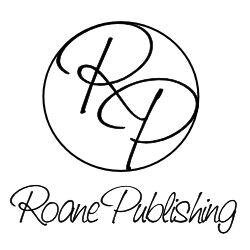