Pump Up Your Book Presents: Are You There Krishna? by Rachel Khona; #BookTrailer #Reveal, #OutNow

We're happy to host Rachel Khona's ARE YOU THERE, KRISHNA? IT'S ME, RESHMA, OR RACHEL. OR WHATEVER Book Trailer Reveal today! Enjoy the trailer!

Title:  ARE YOU THERE KRISHNA? IT'S ME, RESHMA. OR RACHEL. OR WHATEVER.: ESSAYS ON TALKING TO GHOSTS, ACCOSTING CELEBRITIES, GETTING HIGH, SEXISM, RACE AND FIRST-GENERATION WOES
Author: Rachel Khona
Publisher: Thought Catalog
Pages: 257
Genre: Humor/Memoir 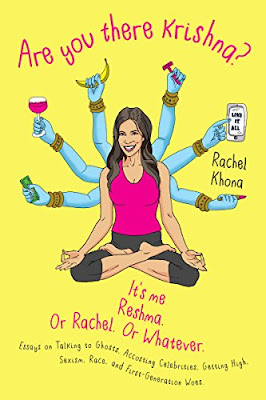 Rachel knew even as a young child that she wasn’t like the rest of her Indian family. While her parents were plotting how she could make it into med school with her
mediocre grades in chemistry and biology, she had other things on her mind, including such gems as:

· Why can’t she go to the temple on her period?

· Why was it OK to be sexualized at a beauty
pageant but not for herself?

· How can she straddle two cultures while
retaining her sense of self?

· Why do people keep asking her if she was born
in India?

· Should she wax down there?

· Why does she have crazy eyes?

After leaving home, Rachel got high in Amsterdam, met her pop singer idol in a bathroom, argued with a ghost, and got lost in the Pyrenees. But that didn’t stop her from questioning while men still tell her to smile. 'Are You There Krishna? It’s Me, Reshma. Or Rachel. Or Whatever.' weaves stories of Rachel’s life with observations on race, class, sex, feminism, and culture with humor and candor. 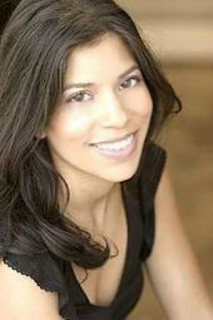 Once upon a time in an exotic land called New Jersey, Rachel Khona used to dream of one day playing tambourine in an all-girl rock band. That never happened.
Instead she became a writer. She has written for The New York Times, The Washington Post, Playboy, Penthouse, Maxim, and
Cosmopolitan among others.
When she’s not writing or designing, she is busy drinking wine and singing off key, bike riding, pretending she’s friends with Mindy Kaling and Amy Poehler, eating absurd amounts of cheese, or listening to rock music at an appallingly loud volume. Sometimes all at once.