Land. Power. Influence. Mary O’Malley knows these are the only things that matter in her war-torn country. Determined to win back her ancestral home, she must embark on a journey across the Atlantic disguised as a cabin boy. But her ruse brings her under the control of a dangerous sea captain who demands from her the one thing she will never give—complete and total submission.

Captain Richard Grant runs a tight ship, and he didn’t claw his way up through the ranks of the Royal Navy to be undone by a headstrong Irish girl hell-bent on jeopardizing his mission and his crew. If she insists on dressing like a man, then she can take his punishments. He demands obedience, but his insatiable need for her leads to a complex game of sex, desire, and dominance not even he can control.

Awakened by the passion Grant stirs in her, Mary finds herself falling for the stern captain. But when her false identity leads to rumors of her spying for the French, she must choose between her love for Ireland and the man who commands her body—and her heart.

He remained kneeling before me, his fingers drifting up and down my thighs, lingering at the V between my legs. Every brush of his hands was a brand to my skin, and my heart raced, the pages fluttering as I turned them.

I shot the ALBATROSS.

I read the line again.

I shot the ALBATROSS.

“Bloody hell…” With a sharp click of my tongue, I lowered the book and stared down at Grant. “He shot that bird? What in the devil’s name did he do that for?”

The Captain bolted to standing and grabbed my hand, leading me to the chair.

I shrugged him off, flashing him an annoyed look. “What did that albatross ever do to him? It seems like a cruel thing to do—”

Grant planted his lips on mine, nearly knocking me over with the force of his hungry kiss. The shock blinded me, and my spine stiffened, my heart jumping into my throat. He placed one heavy hand against the small of my back, and with the other he clasped me behind my neck. Like a bridled horse, I relaxed under his commanding touch, bending against him.

His kiss deepened, and he made a low sound in his throat as his tongue slipped across my lips. I parted them, and he invaded me, the forcefulness making me retreat, back away, but he held me firm. His fingers massaged the back of my neck, and succumbing to the languid movements, I opened my mouth wider, finding a sweet rhythm to the kiss. I forgot my nakedness, that bloody albatross, even my own name. All I knew were his lips, his tongue, the rough gasps of his breath against my cheek. 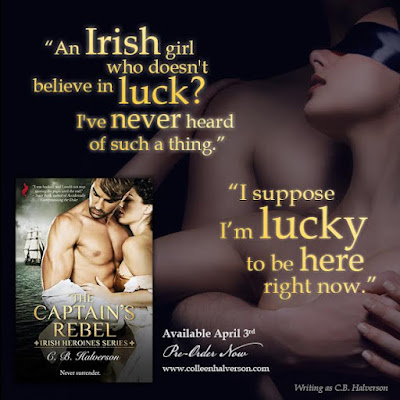 As a child, Colleen Halverson used to play in the woods imagining worlds and telling stories to herself. Growing up on military bases, she found solace in her local library and later decided to make a living sharing the wonders of literature to poor, unsuspecting college freshmen. After backpacking through Ireland and singing in a traditional Irish music band, she earned a PhD in English with a specialization in Irish literature. When she’s not making up stories or teaching, she can be found hiking the rolling hills of the Driftless area of Wisconsin with her husband and two children. She also writes as C.B. Halverson. 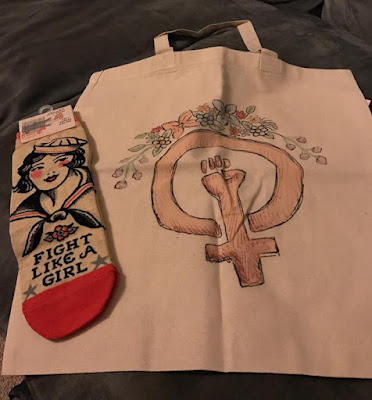