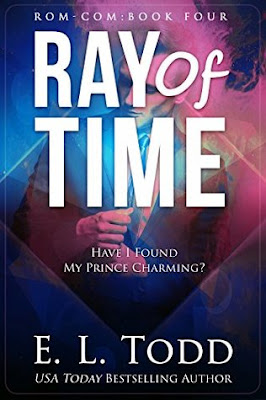 Zeke and I are finally together.

Going from best friends to lovers is surprisingly easier than I thought it would be. We do everything together, and of course, the sex is fabulous.

Everything is great until Ryker shows up. He says he needs to talk to me and I think I know what it's regarding. If my suspicion is right, he's in for rejection.

Because he missed his chance a long time ago. 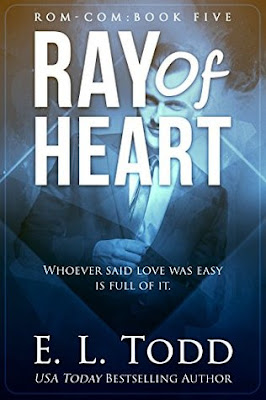 An Excerpt from Ray of Heart

On Friday night, we went out to our favorite part of downtown Seattle. I got there first with the girls, finding a good table in the corner so we wouldn’t have to stand all night in our pumps.
“So Ryker finally came clean?” Jessie asked with a drink in her hand.
“Yeah,” I said. “And it was one of the saddest moments of my life.”
“That’s some heavy stuff,” Kayden said, her hair pulled back into a cute updo. “I wonder why he waited so long to tell you the truth.”
“I’m not sure,” I answered. “But when you’re emotionally disturbed, you do stupid things.” I understood Ryker because I went through a hard time after my mom committed suicide. I had done a lot of stupid stuff that I wished I could take back. Even though the behavior was destructive, I couldn’t stop myself. If only Ryker had opened up to me sooner, I could have helped him.
“I actually feel bad for him,” Jessie said. “I mean, I really hated the guy for a long time, but I can’t keep hating him.”
“Yeah,” Kayden said. “I feel the same way. When I saw him with that skank, I wanted to scratch his eyes out. I hated him so much for hurting you like that. And now, I just want him to feel better… Strange.”
“I think we’ve all had enough time to forgive Ryker for what he did.” It took three months for me to finally let go of the heartbreak he’d caused, but when I finally did, my mind and body felt better. “And we should forgive him. Holding grudges doesn’t help anyone.”
“Yeah,” Jessie said in agreement. “True.”
“So, Zeke was really pissed?” Kayden asked. “Rex made it sound like World War III had begun.”
“Yeah, I’ve never seen him so mad,” I explained. “As soon as he walked in the door, he started behaving like a huge asshole. But we talked it over, and he finally calmed down. Honestly, I understand where he’s coming from. He’s had to deal with Ryker a lot during this relationship. He’s entitled to be frustrated.”
“Yeah,” Kayden said. “I would be really jealous if Rex was still talking to an ex.”
“At least things are good with you guys now,” Jessie said. “And Ryker missed his chance for good. I guess that’s punishment enough for him.” She sipped her drink until it was empty, and then she glanced at the bar. “Hey, there’re those two dipshits.”
I spotted Zeke and Rex at the bar, talking while they waited for their drinks. “I’ll go say hi.” I hadn’t seen Zeke since I left for work that morning. I walked across the room in my short silver dress and matching heels, excited to see the expression on his face when he looked at me.
Rex spoke in an angry voice, his shoulders tense as he stared down Zeke. “Don’t do it. I’m serious.”
“I’ve made up my mind, alright?” Zeke argued. “Frankly, this is my relationship not yours.”
“You’re so fucking stupid, you know that?” Rex snapped back.
What did I just walk into? “Everything alright?”
Zeke turned around, and his eyes immediately went to my cleavage.
Rex smiled, but it was obviously forced. “I was just telling Zeke not to be an annoying piece of shit. You know, the usual.”
I knew that was a lie, but judging by how jumpy they both were, whatever they were talking about was none of my business. “I saw that tight ass in those jeans, and I had to come over here.” I moved into Zeke’s chest and kissed him hard on the mouth.
He smiled as he kissed me back, moving his palm to my ass before he gave it a squeeze. “You were staring at my ass, baby?”
“A lot more than just your ass.”

Bestselling author, E. L. Todd, was raised in sunny California where she still lives today, claiming it’s the best place in the country. Easily hypothermic and hateful of the cold, she prefers to be warm all year round. She attended California State University, Stanislaus and received her bachelor’s degree in biological sciences, but still pursued her dream to be a writer. She’s written several novels and many series’, and her imagination can’t seem to stop. She tries to find the good in people and she exploits that in her writing, proving that people can make mistakes and rise above their past. Her hobbies include sunbathing, swimming, eating at Surf Taco in San Diego, reading, and learning everything she can about hippopotamuses’, her favorite creature. Her greatest dream is to make people forget about the harshness of reality and dive into a good story with lovable people. When fans tell her they love her work, it gives her the greatest sense of accomplishment.
AUTHOR LINKS: