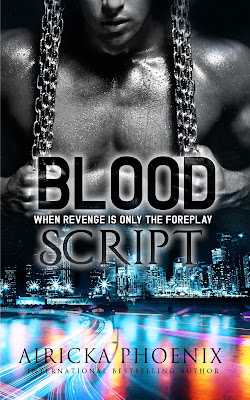 “Ever f*cked a pirate?”
He was insufferable, deeply scarred, and frustratingly gorgeous, and he was the man who was blackmailing her into tying the knot.
Cora Harris has never had luck with men. Being the daughter of a ruthless crime boss tended to put a dent in any relationship, but she never imagined she’d get kidnapped in the dead of night by pirates. She sure as hell never imagined the asshole with the smoldering gaze would threaten everyone she loved if she didn’t become his wife.
Only Captain James Crow wants more than just her hand in holy matrimony. He wants her absolute submission. He wants her pain. He wants the one thing she’s never given anyone — her heart. But is he willing to give the daughter of his sworn enemy his in return?
“How easily his eyes could make her forget that he was her captor. Not her savior.”
But when the truth is revealed, can James keep Cora from the true evil in their midst? Can he win before his revenge cost him more than just his life? And how far will Cora go to free herself of the man who enchanted her, seduced her, and when she submitted, imprisoned her?
Vengeance and betrayal will either bring two warring families together or obliterate them all.
This book is adult and intended for a mature audience with strong elements of language, sex, and a dirty mouthed pirate. It has cases of BDSM, kink, and violence. 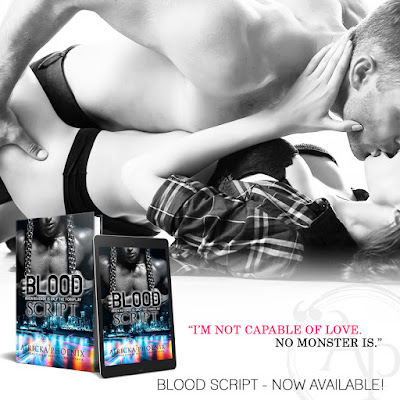 TWO
Her fingers reached to touch the neat interlocking series of hearts forming a delicate chain he held out to her. The light sparkled off the cluster of tiny diamonds hugging the curves and fell on the only charm hanging off the end, a tiny anchor shaped in a J.
“Oh my God,” she whispered, mesmerized by its beauty. “It’s gorgeous.”
“It’s yours,” he said. “But I want something in return.”
Cora looked past the gift to the man watching her, eyes dark and hungry.
“What?”
She found herself forced against the wall with his mouth a demanding lock over hers. His tongue tasted of cool mint when it invaded. The flavor had her taste buds tingling and her fingers reach up to close in his hair. She gripped him to her as he kissed her with a raw vengeance that was more punishing than romantic.
But she accepted it.
Needed it.
She opened to him.
Relinquished all for him.
She was so lost that she didn’t react right away when his free hand snapped open her jeans, when it slipped inside until his fingers were forcing apart her lips.
“James…?”
His name faded into a welcoming sigh with the first invasion of his fingers. Two sank inside her to the knuckle.
Cora responded by opening her legs wider and rolling her hips into his palm. Her eyes closed and her head dropped back against the wall with a dull thud.
“I need your come,” he murmured into her ear. “I need it on my fingers. Come for me, Cora.”
It took the assault of his thumb grinding into her clit, but she came with a choked little whimper and a rush of heat that he pumped all over his fingers.
Soaking them.
Coating them.
He caught her when the removal of his hand had her sagging. He held her against him, the knee he wedged between her trembling thighs, and the wall.
“Look at me.”
She forced her eyes open, forced them to find his face and stick.
Fingers wet with her release were brought to her mouth, a mouth that automatically opened. But he had no interest in that. The tips were used to paint her lips, coat them glossy with her own juices. Once he was satisfied he’d done a proper job, he slipped them into her mouth to suck clean.
“You can have the bracelet,” he told her. “But only if you return wearing your own taste on your lips. I want to lick it off when I see you.”
Cora sucked in a breath. “All day? What … what if I drink, or—”
“Reapply, as often as necessary, but I want to know how many times you fingered yourself.”
“Jesus…” She stared at him, horrified, and turned on to the point of pure madness. “You’re so twisted.”
“Am I?” His eyes glittered darkly. “Then why are you getting wet?”
She was wet, or at least, wetter. She was almost certain it would start leaking through her jeans.
“You’re turning me into a pervert,” she decided, painfully conscious of the slippery state of her lips with every word. 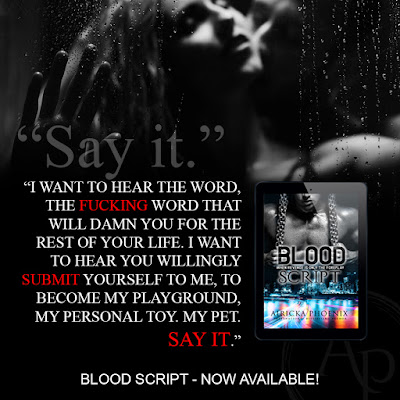 Airicka Phoenix is a romance junkie with an incurable addiction to chocolate. She is also a prolific author of several novels written for young adult and new adult romance addicts who love bad boys, hot kisses and a gritty plot. Airicka prides herself in producing quality material her readers can fall in love with again and again.

When she's not hard at work bleeding words onto paper, Airicka can be found cuddling with her family, reading, watching TV shows, or just finding excuses not to do chores.

Be the first for giveaways, teasers and upcoming releases by joining Airicka's newsletter on her website www.AirickaPhoenix.com