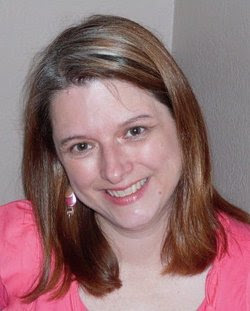 Denise is a Southern girl. She has lived in Louisiana all her life, and yes, she has a drawl. She has a wonderful husband and two incredible children, who not only endure her writing moods, but also
encourage her to indulge her writing passion. Besides writing romantic suspense, she enjoys traveling, reading, and scrapbooking.

Accounting is a skill she learned to earn a little money to support her writing habit. She wrote he first story when she was a teen, seventeen handwritten pages on school-ruled paper and an obvious
rip-off of the last romance novel she read. She’s been writing off and on ever since, and with more than a few full-length manuscripts already completed, she has no desire to slow down. 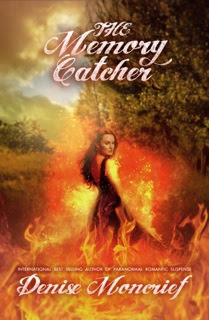 When someone touches Naomi Fuller, she catches visions of
dark memories that fill the other person’s soul with regret, fear, or shame. Living with other people’s guilt leaves little room in her psyche for her own history.
She recalls seemingly unconnected events, but did those horrible incidents happen yesterday, last week, or six years ago?
Naomi believes someone is messing with her mind, so she turns to Sidney Ashe for help untangling her distorted timeline, but the more she leans on him, the more she questions his motives. Can she distance herself from Ashe when her heart is hopelessly falling for him?
As Naomi struggles to understand how her emerging memories mesh with the guilty memories of everyone around her and things become clearer, she fears there is a killer in Clallam County who would do anything to stop her from remembering.

Pick up your copy of the book today

An uncomfortable silence ensued. Abigail shifted, inching her ample frame a little bit farther into the house. “I thought maybe something was going on up here. This place has problems.”
“I'm all right.” Naomi’s sharp tone should have conveyed her desire to end the conversation, but when Abigail didn’t budge, Naomi stepped forward and wrapped her hand around the doorknob.
A sneer appeared on the woman’s face as she reached out and grabbed Naomi’s forearm. She jerked at the sudden contact, a jolt of hyper-consciousness zipping through her psyche. A vision of a young woman flashed across Naomi’s mind. Shoving. Resistance. Feet dragging on torn carpet. Tears in the girl’s eyes. Naomi’s stomach muscles tightened, and she held her breath until the unwanted image
dissolved.
Abigail scrutinized her as if she knew what went on in Naomi’s mind, and she wanted to kick herself for her carelessness. She shouldn’t let anyone touch her, but Abigail had grabbed her arm before she could stop her.
She pushed the woman’s hand off even though the damage was already done. Naomi had to nudge Abigail out the door before the inevitable aftereffects of seeing into someone else’s mind hit her. The confusion. The depression. The lethargy. Whether she passed out this time or not, the experience would consume her, as it always did.


And enjoy posts on all these great blogs: