#BookBlitz: A Lady in Hiding by Amy Corwin

Read for FREE on Kindle Unlimited!

A tragic case of arson sends Sarah into hiding to escape the terrible fate of her family. She works as a common laborer, and is safe for thirteen years, until she receives an ominous note. Despite her disguise, the killer has caught up with her, and she is once again in danger from a man determined to silence all echoes from the past.

William, an inquiry agent, is consumed with curiosity when he meets Sarah and hears about her case. And one look into her gray eyes has him hooked. Even though the evidence is scanty after so many years, he vows to assist her, unaware how events will challenge him both as a man of honor and as an investigator.

When a second attempt is made on Sarah's life, William is forced to follow a treacherous path through the twisted, dark past. And his growing attraction to the independent woman proves just as dangerous. He needs a clear head to sift through the ashes of the old tragedy, with its hints of corruption reaching into the highest levels of Society. Above all, he must protect Sarah, regardless of personal cost.

Love must find a way to bring the two together and thwart a desperate arsonist, or the last survivor of the long-ago fire will die.

Now, as if aware of her scrutiny, Major Pickering caught her gaze across the street between them. His attention fixed on her. His body stiffened like a dog pointing at a likely grouse. Sam stepped closer to the brick building at the edge of the sidewalk seeking the safety of its towering shadow, her skin prickling.

She glanced around, trying to listen over the pounding of her heart. No one shouted. No one except the major showed any interest in her—other than sheer annoyance when she impeded the smooth flow of foot traffic.

Major Pickering raised his hand, his eyes intent on her face. She took a slow step forward.

Then without warning, he stumbled. His hand fell to his side. His gaze wavered. A look of confusion passed over his thin face. Glancing down, he pressed a hand to his side. And as he brought his palm up in front of his face, his legs buckled beneath him. He fell sharply to his knees, and with a shudder, he raised his head. His gaze once more met Sam’s as his mouth worked soundlessly.

A sense of urgency sent her running forward, hand outstretched. Alarmed by the pallor of his face, she tried to reach him to hear the words he uselessly mouthed. Then, although she couldn’t be sure with the jostling men between them, he shook his head slightly in warning. A spasm twisted his features.

Sam stopped and watched in agonized horror as he slowly crumpled, face down, onto the pavement.

Archer arched his back and dug in a pocket, drawing out a flattened slug of metal. He threw it at William, who caught it in one hand. A spent bullet, dimpled and compressed where it had hit the brick wall. He raised a brow and caught Archer’s eye.

“Looks like our sleeping lad is in need of watching,” Archer said. When he didn’t answer, Archer leaned forward, his voice softer. “I didn’t fire the rifle, son. Remember that. Your Mr. Sanderson is safe in this house.”

He caught himself rigidly, just before he accidentally referred to Sam as ‘she’. “Is he?”

“Why not? What would I want with a bricklayer? Other than to finish that blasted garden wall, of course. Which looks like it will never get done, now. I promised my wife it would be completed in time to plant the summer herbs—and it’s April already.” He snorted. “Like as not, it’ll be fall again before these blockheads complete it.”

“I hope this incident hasn’t upset your wife.”

“Not at all. Tender-hearted female—always worries over the merest trifles.”

“She seemed upset when she heard his name. Perhaps she knows him? Or his family?”

“There are scores of Sandersons littering the English countryside. No doubt, she knows several of them. She may even have thought she knew this one.”

“It’s hard to say. Did you notice that peculiar scar on his forehead? The one shaped like a star?”

The mark could no longer be seen. Sam’s entire head was swathed in yards of white linen, but William nodded slowly and cautiously.

How much should he reveal? He chose the easy course. Nothing.

“Get back into bed, or I’ll put you there,” William said.

Sam’s eyes turned silver as she studied him, her head cocked to one side. “If you think you can, try.”

“I don’t foresee any difficulties,” he said, striding toward her. After all the stabbing and head bashing, he’d have thought she’d have enough sense to stay abed.

Obviously, he was wrong.

He came to a stop mere inches from her, hoping to discomfort her at least half as much as she had discomforted him since their first meeting.

She stared at him, her chin thrust out at a mutinous angle. Although she blinked a few times, she didn’t back away.

So he did the only thing he could think of that would put the fear of God into her soul.

He leaned nearer and kissed her. 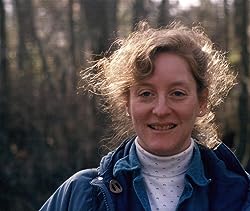 Amy Corwin is a member of Mystery Writers of America and a charter member of the Romance Writers of America. She has been writing for a number of years and recently retired from a career as an enterprise systems administrator in the computer industry to write full time. She writes mysteries, sweet Regency romances, and paranormal romances. To be truthful, most of her books include a bit of murder and mayhem since she discovered that killing off at least one character is a highly effective way of encouraging the remaining ones to toe the plot line.

In her spare time she cooks, gardens and has won several awards at local rose shows for her Old Garden and English roses. She is also a birdwatcher and generally fascinated with nature, having gotten her first Peterson's Field Guide when she was six years old.

Join her and discover that every good mystery has a touch of romance.