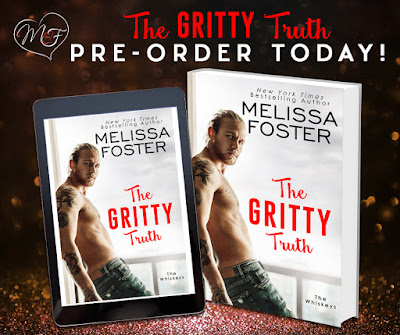 Quincy Gritt has fought his demons. He’s confessed to his crimes and conquered his addictions. But when his past comes back to haunt him, can he learn to live with the gritty truth, or will he spiral back into the darkness? Come along for his sexy, emotional ride and fall in love all over again. 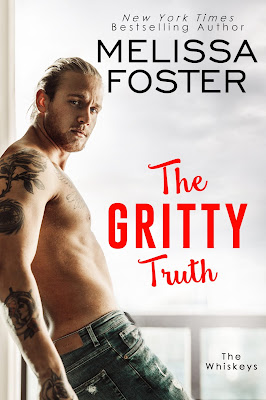 #melissafoster #romancebook #bookbuzz #romance #loveinbloom #favoriteauthor #mustread #thewhiskeys #bikerromance #darkknights #recovery
Recovering drug addict Quincy Gritt has fought his demons. He’s confessed to his crimes and conquered his addictions. He’s finally ready to go after sweet, sexy Roni, the gorgeous brunette who won a date with him in a charity auction five months ago and has been putting him off, and driving him wild, ever since.

Dancer Veronica “Roni” Wescott worked hard to escape the seedy area where she was raised and followed her dreams to Julliard, only to have them shattered in the blink of an eye. She fought hard and regained her footing, but then the rug was pulled out from under her again when the grandmother who raised her passed away, leaving Roni feeling adrift in a world she knows very little about outside of dance. And then there’s Charlie Hunnam–lookalike Quincy Gritt—the man whose late-night texts pulled her through her grief and have been setting her heart aflutter for months.

Quincy pulls out all the stops, determined to prove that their friendship is only the beginning of what’s destined to be so much more. Romantic nights lead to smoldering passion and a deep connection too strong to be denied. But when Quincy’s past comes back to haunt him, can he and Roni accept their new gritty truth, or will Quincy spiral back into the darkness and lose the future he fought so hard to have? 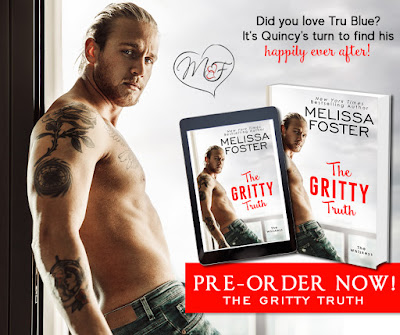