Lines get blurred. Loyalties get tested. Love and chaos will clash.

HE WAS HER KNIGHT IN BLACK LEATHER. SHE WAS HIS CHANCE AT REDEMPTION. TOGETHER THEY WERE GUNPOWDER AND FLAMES, READY TO TORCH ANYONE AND ANYTHING THAT STOOD IN THEIR WAY.

COSMO WAS MORE THAN MEETS THE EYE...To those who didn't know him he looked like a rich playboy with too much time on his hands. However, to his brothers, he's the guy they called when they needed a private jet, or someone to back them up, no questions asked. Now it's his turn for some no questions asked backup.

DAITAI TRADED ONE HELL FOR ANOTHER...She had thought a savior had come at the last hour, offering her a lifeline when she knew her there was no other way out. Only the reality of her situation went from totally screwed, to royally f**ked in the blink of an eye with an entire ocean between everything and everyone she knew.

WHEN YOUR WORLD SHATTERS...Cosmo knew his brothers thought he was a playboy with too much money, yet they accepted him. His club president had given him a lot of leeway when it came to the Royal Bastards, until he brought a load of trouble to their doorstep. The choice between the woman who sets his blood on fire or walking away from the only real brotherhood was easy...blood didn't make you family. He had to show his MC where is loyalty lay and keep the woman he planned to claim as his safe.

They were supposed to be untouchable. Their club unbreakable. But there's more than one faction searching for the woman Cosmo's claimed. He's willing to risk it all to keep her safe, even when the stakes are high, the game is deadly and at the end some could be left F**ked or worse.

*Royally F**Ked is all New Steamy Gritty MC Romance with the inked bad boys you love. If you love a dirty talkin’, tough-as-nails, sexy-as-get-out, smooth-as-hell hero who’ll rock your world and a wicked ride, then the Royal Sons will deliver. If you like your heroes to be tattooed bad boys, then you’re sure to love this story. * From USA Today Bestselling Author Elle Boon Author grab this thrilling jaw-dropping love story for the ages.

Note: This book can be read as a standalone. It includes lots of steamy scenes, biker slang, cursing, some violence and of course, an HEA. If you like alpha males who like to take charge, you’re sure to love this story. 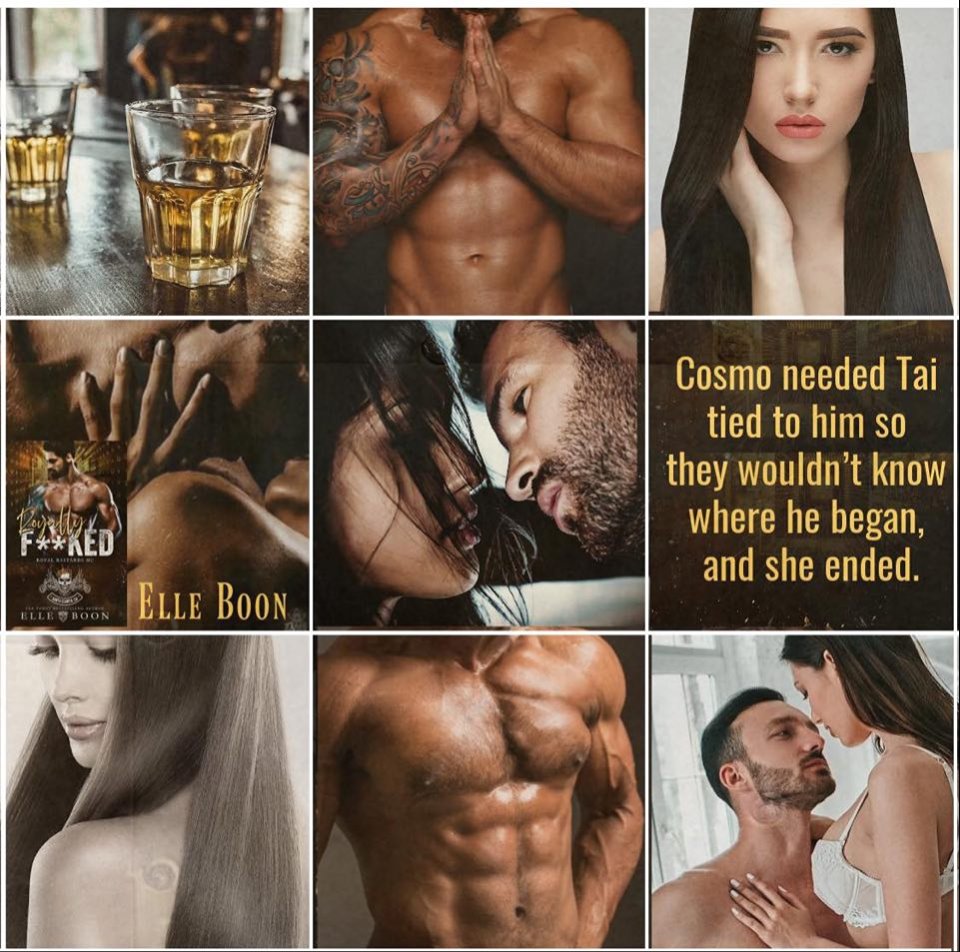