Blakely Foxx is having one of those years.

Her divorce may have been finalized a few months ago, but her ex is already engaged to someone half her age. Her younger boss is determined to sabotage her chance at getting the promotion she rightly deserves. And to make matters worse, she's closing in on the big 4-0. There isn't enough wine or ice cream in the world to convince her things will turn around.

When Blakely meets Slade Henderson, she's left wondering why an early-thirties, hotter than hell, cardiothoracic surgeon would take an interest in her.

She's been warned that he'll break her heart, but she's willing to take the chance. Not only is he helping her get that promotion, but in the process, he's encouraging her to find the parts of herself she's lost over the past few years.

Slade shows her that good guys really do exist, but who knew the hardest part about turning forty would be realizing the man you thought was a rebound, is actually your happily ever after?

“The way I look at it, you owe me one.” His voice is just loud enough for me to hear over the din of the restaurant.

“Mm-hm.” He nods resolutely as he puts more space between us, and my lungs find a way to breathe. “You ran out the other night without giving me a chance. I could be the best thing that ever happened to you—platonic or otherwise—and you might have missed that opportunity if we hadn’t run into each other on the street this afternoon.”

He’s talking nonsense but is doing it so convincingly that I try to talk myself out of what he’s successfully talking me in to. “I don’t—”

“Does my age unnerve you?” he asks.

“Exactly.” He smirks. “So, why are you making it matter?”

I walked right into that one.

“We’re at different phases of our lives. You’re in your residency. I’m a divorcée with baggage—”

“Everyone has baggage. It just looks different from person to person.” He leans back in his chair. “What are you afraid of? Getting to know someone new? Taking a chance? Stepping outside of the box for once? Finding yourself again?”

His words root deep into me and take hold. “I appreciate you trying . . . but we’ll never pull it off.”

“No one would ever believe it.”

“Quit letting them—whoever they are—put you in a mold, Blakely. Make your own damn mold. You might surprise yourself in the process.” His dimples deepen, and his eyes are as unwavering as his resolve.

“How do I know you aren’t some Ted Bundy in waiting?”

His laugh is throaty and rich and draws the stares of those around us. “I’m in the business of saving lives, not taking them.” He takes a sip of his beer. “Next excuse?”

“I’m . . .” I’m at a loss, and a small thrill of adrenaline shoots through me. This isn’t something I’d ever do, and yet, the idea of it is invigorating, almost freeing. I chew the inside of my cheek as I contemplate agreeing to Slade’s crazy scheme.

“It isn’t a crime for a younger man to think an older woman is attractive.”

I bite my bottom lip as the smile creeps around it.

He is drop-dead handsome.

“We go as friends. I help you out. No strings attached.”

The answer is yes.

“I can’t believe I’m saying this,” I mutter.

New York Times Bestselling author K. Bromberg writes contemporary romance novels that contain a mixture of sweet, emotional, a whole lot of sexy, and a little bit of real. She likes to write strong heroines and damaged heroes who we love to hate but can't help to love.

A mom of three, she plots her novels in between school runs and soccer practices, more often than not with her laptop in tow and her mind scattered in too many different directions.

Since publishing her first book on a whim in 2013, Kristy has sold over one and a half million copies of her books across eighteen different countries and has landed on the New York Times, USA Today, and Wall Street Journal Bestsellers lists over thirty times. Her Driven trilogy (Driven, Fueled, and Crashed) is currently being adapted for film by the streaming platform, Passionflix, with the first movie (Driven) out now.

With her imagination always in overdrive, she is currently scheming, plotting, and swooning over her latest hero. You can find out more about him or chat with Kristy on any of her social media accounts. The easiest way to stay up to date on new releases and upcoming novels is to sign up for her newsletter (http://bit.ly/254MWtI) or follow her on Bookbub (http://smarturl.it/KBrombergBB) 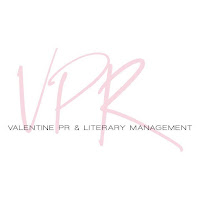