Disclosure of Material Connection:  I received this book for review from the publisher and the author.  I was not compensated nor was I required to write a positive review.  The opinions I have expressed are my own.  I am posting this in accordance with the Federal Trade Commission's 16 CFR, Part 255:  "Guides Concerning the Use of Endorsements and Testimonials in Advertising". 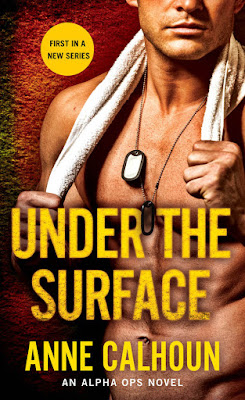 Synopsis:
Welcome to Eye Candy, the East Side’s hottest nightclub where the bartenders are hot, the cocktails are fancy, and danger lurks just under the surface…
Eve Webber, the gorgeous and savvy owner of Eye Candy, knows better than anyone that growing up on the wrong side of the tracks comes with certain complications. Determined to run a clean business and fix up the East Side, Eve’s plans get temporarily stalled when a potential new hire walks into her bar. The sexual chemistry crackling between them is a potent distraction…even if she refuses to mix business with the promise of pleasure.
Detective Matt Dorchester lives by strict rules that have kept him alive in impossible situations. When his latest undercover assignment has him playing a bartender, his desire for the passionate owner has him breaking every single one. Eve is in danger and her life depends on his secrecy. But once their attraction reaches a climactic conclusion, Matt must make a desperate choice: Tell her the truth about who he really is—or risk a once-in-a-lifetime love to save her life?
Buy Link:
Amazon

My Thoughts:
Eve Webber is a woman who owns her own business.  She needs help and the right man just may have walked in her door.  Matt “Chad” Dorchester is a man of mystery.  He’s also a man that can get the job done.

Eve has a business with an interesting name that will have you wishing that you had one in your local area.  She’s hired someone who isn’t who she thinks he is.  There’s no way that you can’t see the chemistry between these two when they first talk to each other.

This book is part of a series but can be read as a standalone.  I think that you will find that before you’ve finished reading, you’ll be looking for more of both the author and the series.  The only thing that may be confusing is who is the alpha here - is it Matt or is it Eve?  They are both strong personalities and both know what they want.  Eve’s a woman with certain standards but is she willing to bend them when it pertains to her personal life.  You have to love the amount of work this author put in so that we would enjoy the ride that these two characters take us on.  It’s well over 300 pages so be prepared to slow down and enjoy the ride.  The only problem I had was in deciding if the ending was a happily ever after or a happy for now.  Our author’s next book in the series is titled Going Deep, which will be coming out in November.

Excerpt:
One of the most basic components of police work was learning to control a situation. A good undercover cop adjusted his personality and attitude to manage the situation according to his objectives. Matt was as good as they came, and that bluff should have worked.
Except Eve Webber raised the stakes without blinking an eye, and suddenly white-hot, explicit images of exactly how they’d finish what she’d started flashed in his brain . . . the skirt that barely covered her upper thighs, her desk, and that sleek mass of black hair she kept tugging free from the glossy color on her mouth. Heat flashed through him, the sensation shockingly intense.
Your job is to keep her alive, not get her into bed.

Eve emerged from her office around seven, iPhone in hand, and once she started working the room the vibe punched up several notches. Watching her smile and talk to the customers triggered something he couldn’t put his finger on.

During a brief lull, he turned to Tom, the steroid-buffed player working the station next to his. “She looks familiar.”

Tom hit the button on the blender to mix a raspberry daiquiri. “She won the newspaper’s sexiest female bartender contest two years running before she switched over to events management at the Met.” “Fucking moron” was implied at the end of that sentence.

A niggling memory surfaced of the newspaper’s Arts and Culture section getting passed around before the shift briefing a couple of years ago, right before he made the leap to detective and started working long-term undercover assignments. The article’s text meandered alongside a full-length picture of Eve, hair tumbled into her face, hands braced on the bar behind her, wearing a white blouse unbuttoned deep in her cleavage, a tight, short black skirt, black stockings, and heels. Her slim legs were crossed at the ankle, and the angle of the shot made them seemed endless. He should have been focused on the briefing, but he’d given the photo a good thorough look before handing it to his partner, who’d looked even longer.

The provocative shot actually masked what won Eve the contest. In person she radiated vitality, a sheer visceral force that drew light, glances, attention. Even more surprising was the way she didn’t hoard the energy but rather turned it back on whomever she was talking to. Like that person was the only person in the room. Like she heard what they were saying, and maybe even what they weren’t saying.

Life flowed into this woman. She amplified it and sent it back out into the world, and he couldn’t stop watching her.

She checked in with her bouncer, the size of the Hulk, with gang ink disappearing into the sleeves of his T-shirt.

“Friend of the family,” Tom replied over the music. “Someone her dad knew.”

“Bars this busy usually hire the pros,” Matt said as he pulled out a fresh rack of glasses.

“You know what those assholes charge? They’re fucking expensive,” Tom said as he handed the drink across the bar. “And they’re nosy. Hot Stuff doesn’t like strangers in her business.”

Matt would bet his Jeep that Eve wouldn’t like being called Hot Stuff, but if Tom hadn’t figured that out, Matt wasn’t about to enlighten him. He watched as she cleared a couple of abandoned glasses off the bar in front of him and handed them to a passing busboy, then came around the corner of the bar, trailing her fingers along the polished wood. He handed the drink to a customer and gave her his full attention.

“How are you doing?” she asked, scanning his station.

“You tell me,” he replied, and if he got a little closer than necessary to hear what she was saying over the thumping dance music, well, he was just doing his job. Given the heat in the bar, he expected perfume, something musky and sexy. Instead the faintest scent of mint and rosemary drifted into the air between them when she tucked her hair behind her ears.

“I’m satisfied,” she said, not backing away. “The job’s yours if you want it.”

She was less than a breath away from him. A shift of his weight and a deep inhale, and they’d be breathing together like they were naked and horizontal. The heat sizzled and popped between them and it didn’t take training in body language to read the signals. Eve Webber wanted him.

Chad Henderson. His undercover identity, the man he was pretending to be. Not him.

No matter who he was today, neither he nor Chad could have her. He was supposed to keep her safe, make sure she didn’t change her mind about working with the department, monitor any appearances Murphy made in Eye Candy.

“I want the job,” he said, not bothering to hide what he really meant.

She looked at him through the layered, sweeping fall of hair he wanted to brush back so he could see her eyes, her mouth. “Hang around after close. I’ll give you the paperwork to fill out and bring back with you tomorrow.” He leaned in, as if he needed to speak with her, employee to employer, but didn’t want to shout over the music. “See you later, boss,” he rasped. 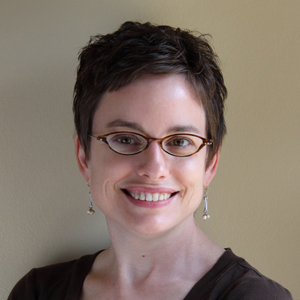 Bio:
After doing time at Fortune 500 companies on both coasts, Anne landed in a flyover state, where she traded business casual for yoga pants and decided to write down all the lively story ideas that got her through years of monotonous corporate meetings. Her first book, LIBERATING LACEY won the EPIC Award for Best Contemporary Erotic Romance. Her story WHAT SHE NEEDS was chosen for Smart Bitch Sarah's Sizzling Book Club. Anne holds a BA in History and English, and an MA in American Studies from Columbia University. When she's not writing her hobbies include reading, knitting, and yoga. She lives in the Midwest with her family and singlehandedly supports her local Starbucks.