Tagline: She is determined to shatter the duke’s cool reserve with seductive touches… 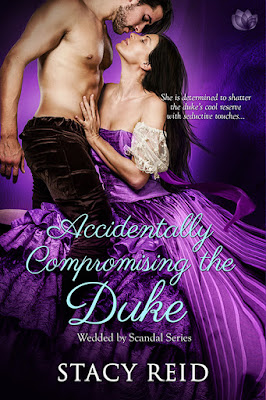 Miss Adeline Hays is out of options. Determined to escape marriage to a repugnant earl, Adel plans to deliberately allow herself to be caught in a compromising position at a house party with the much kinder man she’d hoped to marry. Instead, Adeline accidentally enters the wrong chamber and tumbles into the bed of the mad duke.
Edmond Rochester, the Duke of Wolverton, is seeking a wife to care for his two daughters. A young lady of sensibilities, accomplishment, and most importantly, one who he is not attracted to—a complete opposite of the bewitching beauty who traps him into marriage. But despite the lust he feels for his new duchess, Edmond is resolved to never allow them intimacy, refusing to ever again suffer the tormenting loss of a loved one.

“This book was so addictive, I did not put it down since I started reading…” – Meghan L., Goodreads

“…it is hard to surprise me. Stacy Reid did…Ms. Reid’s story of loss, love, laughter and healing is all that I look for when reading romance and deserving of a 5-star review.” – Isha, Goodreads

A deep curiosity to know all of him welled inside of her. “Don’t you ever play?”
Surprised chased his features. “Play?”
“Yes...you know, the art of romping, laughing, and having untold fun?”
“Of course not,” he said stiffly.
“How sad,” she murmured.
He arched a brow. “I am a duke...we do not cavort in the dirt and grass.”
She stood and walked deeper into the shadows and smiled when he followed.
“That is a pity. I think I would enjoy very much you tumbling me into the grass.”
Intense dark eyes assessed her and Adel stepped closer to his heat. “Come play with me,” she said softly. 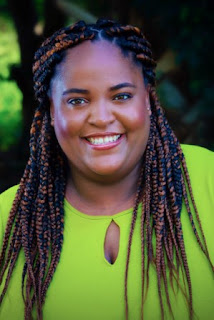 I am an unapologetic romance lover. I read it. I write it. Enough said. Well..I also have a warrior way "Never give up on my dreams." I spend a copious amount of time drooling over Rick Grimes from Walking Dead, watching Japanese anime and playing video games with my love, Dusean.

Tagline: He might finally land the girl of his dreams. Or he could lose everything. 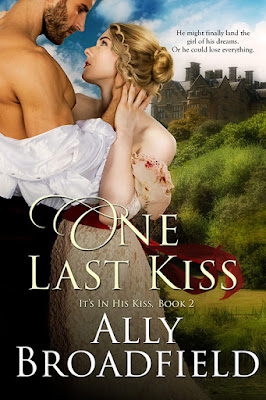 Captain Mikhail Abromovich would rather single-handedly face the entire French army than follow orders to deceive Anna, the woman of his heart, by feigning a courtship to hide his covert activities.

Ever since a gossip sheet revealed the details of her extensive dowry, Princess Anna Tarasova has been overrun by fortune-hunting lords. When her childhood sweetheart mysteriously appears in London and asks to court her, it seems too good to be true.

For Mikhail, who is both soldier and spy, being chosen to represent Russia in secret negotiations with Britain should be the assignment of a lifetime. But once his deception is revealed, he’s certain Anna won’t believe his love is real.

Misha watched as she leaned low over her mare’s neck and gave the horse free rein. He let out a whoop and took off after her, his much larger mount rapidly gaining ground. He had closed the distance to about ten feet when a fox, perhaps roused by the vibration of the horse’s hooves against the ground, dashed out of the bushes. His stallion barely glanced at the disturbance, but Anna’s horse shied away. She tilted to the right, and before she could regain her balance, her mare kicked at the fox, sending her hurtling to the left. His heart lurched, knowing he would not reach her in time to help. 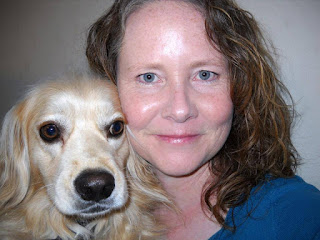 Ally has worked as a horse trainer, director of marketing and development, freelance proofreader, and a children's librarian, among other things. None of them were as awesome as writing romance novels (though the librarian gig came closest). She lives in Texas and is convinced her house is shrinking, possibly because she shares it with three kids, five dogs, a cat, a rabbit, and assorted reptiles. Oh, and her husband.

Ally likes to curse in Russian because very few people know what she's saying, and spends most of what would be her spare time letting dogs in and out of the house and shuttling kids around. She has many stories in her head looking for an opportunity to escape onto paper. She writes historical romance set in Regency England and Imperial Russia.

TO LOVE A LIBERTINE


Title: To Love a Libertine

Tagline: Both have secrets. Both have reputations. Both fear falling in love. 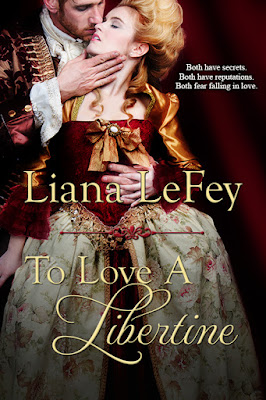 When Miss Eden Lowther catches the eye of Lord Percival Falloure, Marquess of Tavistoke, she’s delighted, for his wicked lordship is anything but boring. The canny coquette who declined five suitors the season prior sets out to capture the infamous “Terror of the Ton” for keeps, but the man she finds behind the façade isn’t at all what she expects.

Having suffered heartbreak and humiliation two years ago, Lord Tavistoke is wary of love. But once on the market, always on the market until wed or dead. Desperate to throw London’s single ladies off the scent, Percy looks to reestablish his rotten reputation with a rousing scandal. His mark: Miss Eden Lowther, a tearing beauty reported to have left devastation in her wake last Season. If anyone has asked for ruination, it is the heartless “Hellion of Holker Hall”…

Eden and Percy soon find themselves falling dangerously in love, despite their fears and her family’s objections. But will love alone save them when a ruthless rival forces her hand?

“I do love this hero, a definite bad boy with a heat of gold and lots of courage. I thoroughly enjoyed every page.” – Petula, Goodreads

“…it comes to a point when it becomes impossible to put the book down. It's beautifully written…” – Brigitte, Goodreads

“Ms. LeFey made quite the impression on me with this mysterious and unforgettable couple.”
– Isha, Goodreads

“I shall simply have to trust your sense of honor is in accord with my expectations.”
She counted several heartbeats before he answered, “And what is your expectation of me, Eden?”
The sound of her name spoken in his low, intimate rasp sent tingles racing across her flesh. She ought to correct his breach of manners, but the delight of hearing him speak to her thus was such that she couldn’t bear to chide him—as long as he didn’t do it in front of others. It took a moment to find her tongue. “Why, that you will conduct yourself with all due propriety in my presence, of course, as any true gentleman would.”
A lazy, sensuous grin stretched his mouth. “If you craved a true gentleman’s company you would not be here with me. You would have allowed your stepmother to toss me out on my arse as she doubtless longed to do the very instant I crossed her threshold.” His voice dropped to just above a whisper. “No. I suspect you desire an altogether different sort of man.” 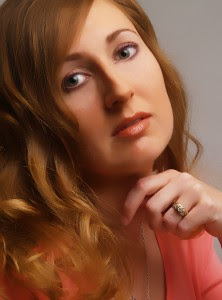 Liana loves to weave incendiary tales that capture the heart and the imagination, taking the reader out of the now and into another world. The glory and splendor of the 18th Century provides a lush, glittering backdrop for her fairy tale romances. It’s a time of sensuous lovers, passionate music, lavish royal courts and deadly intrigues.

Liana lives in Texas with her own dashing hero of nearly twenty years, their delightful progeny, one spoiled-rotten feline overlord, and several tanks of tropical fish. She’s been devouring historical romances since her early teens and is now delighted to be writing them for fellow enthusiasts.