From a pack of New York Times, USA Today and Amazon bestselling paranormal authors comes a collection of 10 shifter romances that will leave you howling for more!

Walk on the Striped Side by Jessie Lane

Gage Ivanov is a stupid beast. He let the woman who should be his mate go because she couldn’t be told of his Other identity. Now Elena’s back, but she refuses to give in to his demands for her to be his mate. Does he have his claws in her for good? Or is she just yanking his tail?

Before she can become Alpha, Sierra must take a wolf mate. However, she’s in love with two men, one of whom is strictly forbidden. When the pack is attacked and a temperamental stranger from the past threatens to send them spiraling apart, she must choose between love and duty.

International settings, a supermodel wolf shifter and off the charts chemistry make this a sizzling read.

Mission: Protection duty. No one said anything about black magic or the most powerful magic of all. The call to mate…

Bearly Hanging On by Marina Maddix

It may be against the rules, but when a hot eagle shifter lands at an exclusive resort, one employee really wants to ruffle his feathers. What’s a curvy kitty to do?

Her Shifter Secret by Flora Dare

She’s a witch trying to forget the past. He’s a shifter who never wants to forget. But if they don’t worry about their future…they won’t have one.

If pack law requires every wolf to mate and mating an outsider is forbidden, why has fate bound Maria’s heart to an angel?

Mate for a Month by Georgette St. Clair

Spoiled city girl Eileen Pennyroyal will do anything to seal a business deal that will win her father’s approval…but does that include a mating of convenience to a deeply damaged wolf shifter? Can Eileen convince semi-feral Marcus that he’s worth saving, before dark forces from his past come back to claim him for good?

Delilah is barely keeping her head above water. Jake is the reluctant alpha of a secretive pack of werewolves whose brother is gunning to take over the pack. When their worlds collide, will they survive? Or will they end up bait before there can be a werewolf wedding?

Fast & the Furriest by Celia Kyle

One headline changed weretiger life forever: Ladies, like a tiger’s stripes? Tug his tail and keep him forever! Now Ares has a town of stripe-hunting women looking for a tiger’s tail to pull and… a full moon on the horizon. 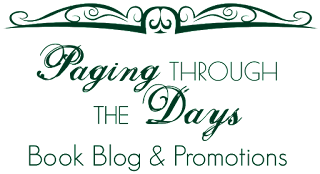