Pump Up Your Book Presents: Wanted by Dee Tenorio; #BookTour 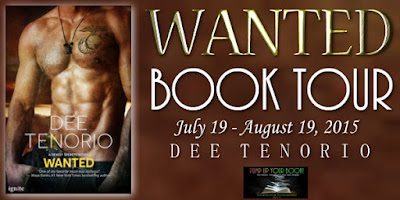 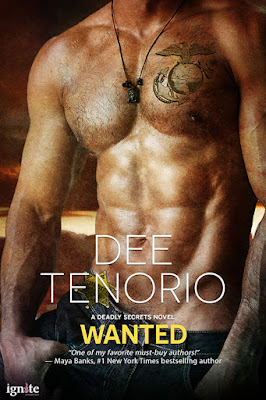 Some secrets are worth dying for…

Undersheriff and former Marine Rick Trelane had one constant his entire life – his friendship with Whitney Peterson. Through thick and thin, she has never faltered. Never blamed. But when her former lover turns up dead, Rick must look past the walls he’s built to the woman he thought he knew inside and out…and discover he was wrong.

Whitney has secrets, deadly ones. The deeper he digs, the more he sees her as a woman he desires. And suspects. But as bodies start turning up, so does the evidence against her. Now the air is thick with secrets and shadows and giving into the longing could turn both their worlds upside down. Because this killer is just getting started…

ORDER INFORMATION
Wanted is available for purchase at:

Rick Trelane must be the bearer of bad news.  Whitney Peterson is a friend of Rick’s.  She also has a job that will have you wishing for smell-a-vision.  Our author starts the mystery right away.  And not long after that, the suspense begins.

Both Rick and Whitney have some demons that just adds another twist to the story.  I was reading away and thinking that this would be a great show on the ID network or an episode on a certain show and doesn’t that show get mentioned in a scene.  I’m not going to give anything away so that you’ll be able to see if you guess the same one.  One thing that I loved in this story was that she builds the mystery and suspense around a very sad story.  And her characters aren’t perfect and she lets the reader know that it’s ok to ask for help.

Are you someone that loves a good mystery?  Maybe a beautifully written romantic suspense?  Then this is a book you may want to check out.  This is the second book in a series and if you haven’t read Convicted you may want to check it out after you finish this one.  It’s not a series that you have to read in order but a couple of the characters in book one show up in here.  For me the ending was a surprise but that just goes to show how bad I am at solving mysteries so I hope you do better. 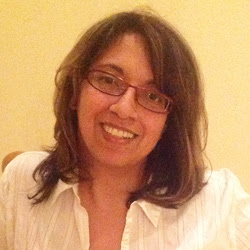 Dee Tenorio has a few reality issues. After much therapy for the problem—if one can call being awakened in the night by visions of hot able-bodied men a problem—she has proved incurable. It turns out she enjoys tormenting herself by writing sizzling, steamy romances of various genres spanning paranormal mystery dramas, contemporaries and romantic comedies. Preferably starring the sexy, somewhat grumpy heroes described above and smart-mouthed heroines who have much better hair than she does.

The best part is, no more therapy bills!

Well, not for Dee, anyway. Her husband and kids, on the other hand…
If you would like to learn more about Dee and her work, please peruse around this site or visit her blog at http://www.deetenorio.com/blog/.