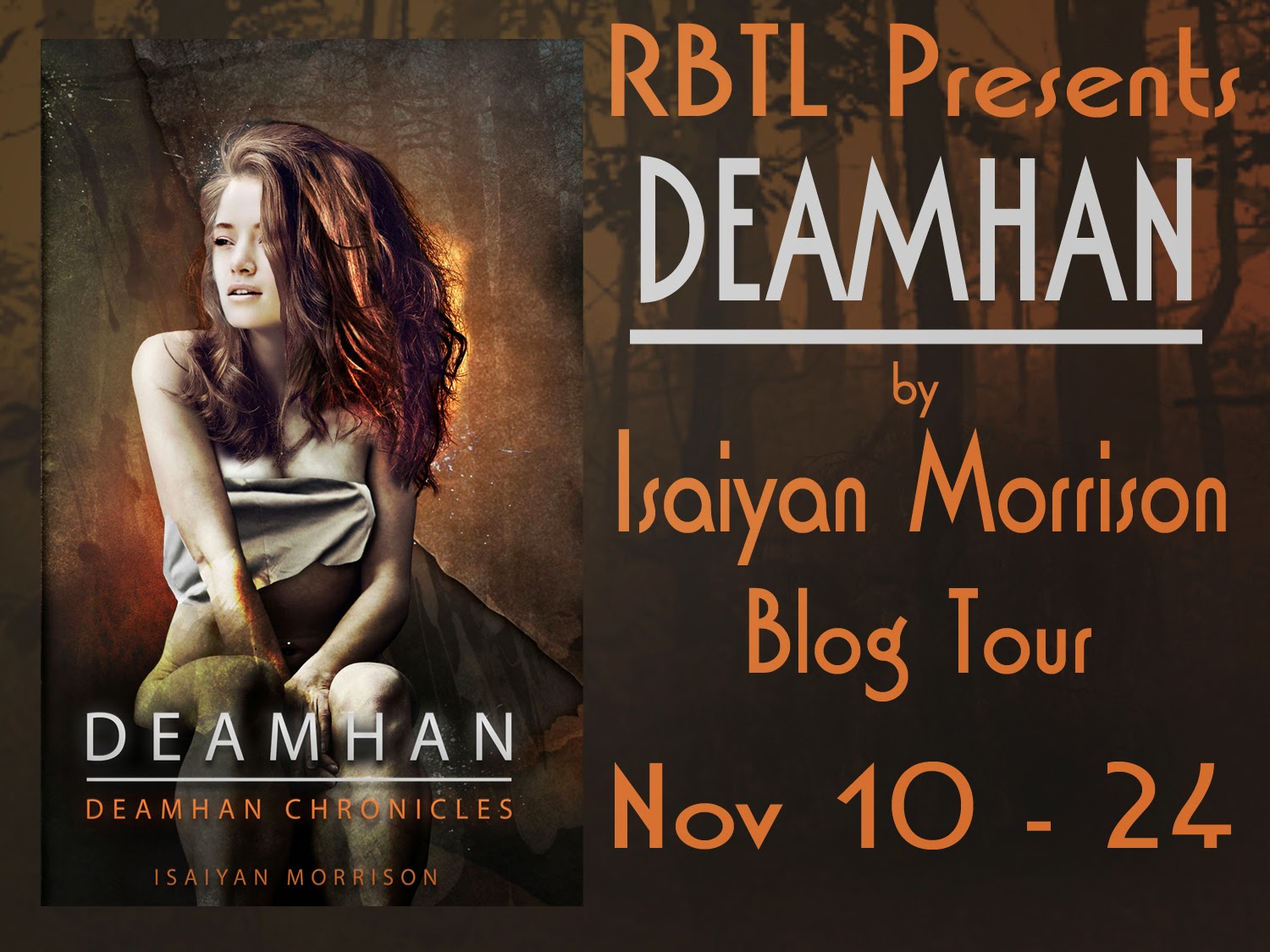 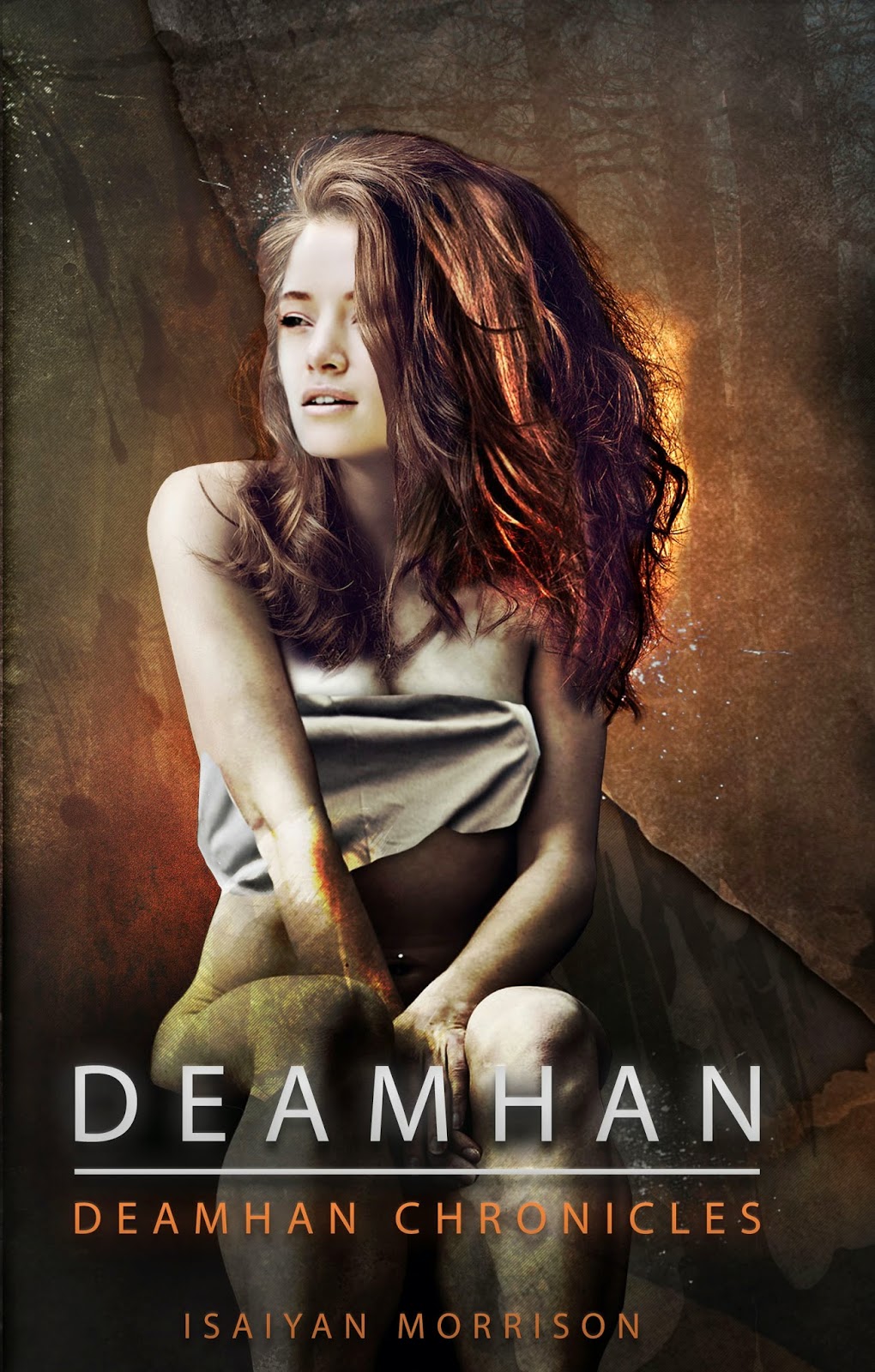 Disclosure of Material Connection:  I received this book for review from Read Between the Lines Blog Tour and the author.  I was not compensated nor was I required to write a positive review.  The opinions I have expressed are my own.  I am posting this in accordance with the Federal Trade Commission's 16 CFR, Part 255:  "Guides Concerning the Use of Endorsements and Testimonials in Advertising"

Blurb/Synopsis:
Deamhan have survived by remaining hidden in the shadows. Ramanga, Lamia, Metusba, and Lugat have been overshadowed by what humans know as the modern vampire. But what if vampires aren’t the real threat?
One woman’s search for her mother who disappeared without a trace on the streets of Minneapolis takes her into the precarious world of Deamhan, psychic vampires who rule the underground nightlife in the city’s most darkest corners.
She gains the trust of the only other human familiar with the Deamhan lifestyle. With his help she finds not only can the Deamhan not be trusted but it’s her own father, president of a ruthless organization of researchers, who has diabolically maintained that distrust 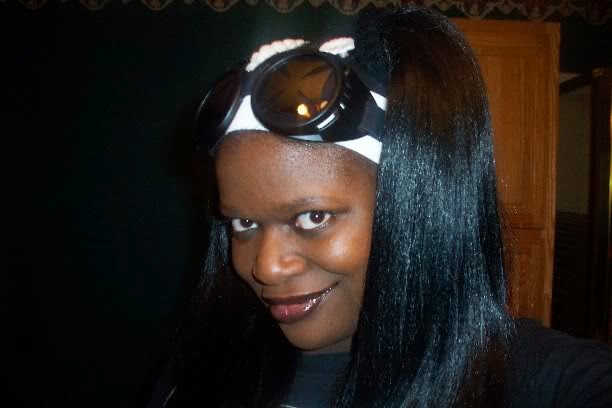 Isaiyan Morrison was born and raised in Minnesota. She moved to San Diego, California while in the Navy. After serving four years of active duty, she moved to Los Angeles. After a few years, she moved back to Minnesota where she started to pursue her dream to be an author. Her novel Deamhan, is the first book in the Deamhan Chronicles. She now resides in Texas with her two cats, a pit bull dog, and two guinea pigs.

My Thoughts:
Veronica Austin has come home after a long time.  She’s looking for answers to something that happened long ago.  Remy is just one of many that Veronica meets at a local hangout.  Early on, I learned something new – the meaning of Minneapolis (and then I get the duh moment – of course that’s what it would be).  Our author is very creative but takes the time to add in a little tidbit that just adds a little something for the reader to connect with.

I’m impressed with the unique take on what a vampire is supposed to be.  It’s not a book that you will want to have any preconceived notions.  This story is totally different.  This author has made Veronica out to be a woman with self-confidence enough to stand by her convictions.  But when confronted by something that would send most people running in the other direction, she tries to look at the end results – you will see that confidence when you read the ending.  And that ending sets the reader up for the novella Kei Family Matters.

In order to get to know and understand this author’s characters, you need to read this series in order.  One such character is Sean Fechin.  He’s a friend of Veronica’s but he also works for a group her father is involved in.  Another character is Kenneth and I think he’s one that you’re meant to hate – you will have to read and see if you agree.  And just like any good series, some characters make reappearances.  In this case, Silvanus who is introduced here but then makes another appearance in book two, Dark Curse.  Which just reaffirms that this is a series that must be read in order.  I hope you will take the time and at least add this series to your TBR list.

Giveaway:
A chance at 3 Amazon gift cards or an ebook copy of the book.
a Rafflecopter giveaway

EXCERPT:
The tiny hairs on the back of Veronica’s neck stood up followed by a small gust of wind and the smell of expensive cologne. She immediately turned around and jumped, bumping against the door and creating a loud thud. Remy stood with his brown eyes scanning her.
“Now, now Veronica,” he said as he leaned against the wall. “That would be prying.”     This time Veronica forced herself to not back away. Unlike their first encounter, Remy’s appearance wasn’t intimidating. Dressed in a sleek black shirt with tight fitting blue jeans, he towered slightly over her. His brown hair was pulled back into a ponytail, just like the last time she saw him.
“Shouldn’t you be doing something angst related right now?” Remy questioned Hallie.
Hallie held out her hand. “Where’s my cigs?”
Remy looked at Veronica and smiled. His eyes were hollow giving her mixed signals. “Kids these days.” He reached into the pockets of his jeans and pulled out an unopened pack of cigarettes. “Always want, want, want, but never give, give, give.”
Hallie snatched the pack from his grasp.
“Now, off you go.” He patted Hallie on her head. “Move along now.”
Hallie gave him an evil eye before heading back up the stairs.
Remy leaned against the wall, continuing to gawk at Veronica. It made her uneasy and she looked away. She tried her best to ignore his intimidating and somewhat attractive stare by hiding her thoughts.
He smiled. “What can I say? I’m good with kids.”
She brushed off his remark and she began to fidget with the knob handle on the basement door.
“She’s been playing with Murphy for about a week now,” he continued. “She’s trying to get into that little brain of his. Gotta give that human credit; he’s stronger than he looks.”
Veronica tried pushing her weight against the door but it didn’t budge.
“So, Miss Austin. We never did finish that conversation.”
“What conversation?”
“Oh you know. The one where you blocked your thoughts, then ran off at the sight of me feeding.” He pouted. “You didn’t even say goodbye.”
“Look, I’m not some whore who’ll fall for your tricks.” Veronica faced him with her back to the door. “I know who you are and what you can do, so don’t try to insult my intelligence.”
In Deamhan speed, Remy placed his hand on the door near her head. “And that’s why you fascinate me. You’re like no other researcher I’ve ever encountered,” he whispered. “Plus you smell so good.”
“I’m not a researcher.”
His comments didn’t faze her. She moved his hand away and returned back to the door. The deadened noise from the other side became louder.
“What’s she doing down there?” Veronica probed.
“Questioning the human about Kei.” He moved in closer to Veronica. “Anastasia is a weird one. She’s what you call old school. She does things her way.”
“Open the door,” Veronica said.
“A little demanding, aren’t we?”
“I want to go down there.”
“I don’t think she’d appreciate that,” Remy replied.
Veronica turned back around. “I have a few questions of my own for Murphy.”
His eyes drifted to her chest. “If you ask nicely.”
Veronica folded her hands, covering her breasts.
Remy grabbed the knob and with his Deamhan strength, he yanked the door open. The door splintered and the metallic lock flew past his head, landing on the floor.
He stepped away and gracefully bowed. “Done.” He smiled.
The space was dark and Veronica reached her arms out to the side, sliding her palms against the cold concrete wall. Remy watched her while she proceeded down the steps cautiously, trying to not make a noise (she was sure that Anastasia knew someone was lurking on the top steps) and at the same time trying not to fall.
Reaching the bottom steps, Veronica smelled the stringent scent of a damp basement. A candle with a flickering flame gave off an eerie glow. She swallowed and walked alongside the concrete wall. She felt herself step on a soft object, but she continued forward. Her foot stepped onto a lower portion of the floor and she lost her footing. She tumbled forward slightly and caught herself, but not in time to feel her hip brush against another table. The table shifted and a small box filled with debris fell to the floor.
She felt a brush of wind, and in front of her she saw Anastasia’s face outlined in the dark.
At first Anastasia didn’t say anything. Instead her eyes darted to Remy who smiled briefly.
“She wanted a tour, Anastasia,” he replied.