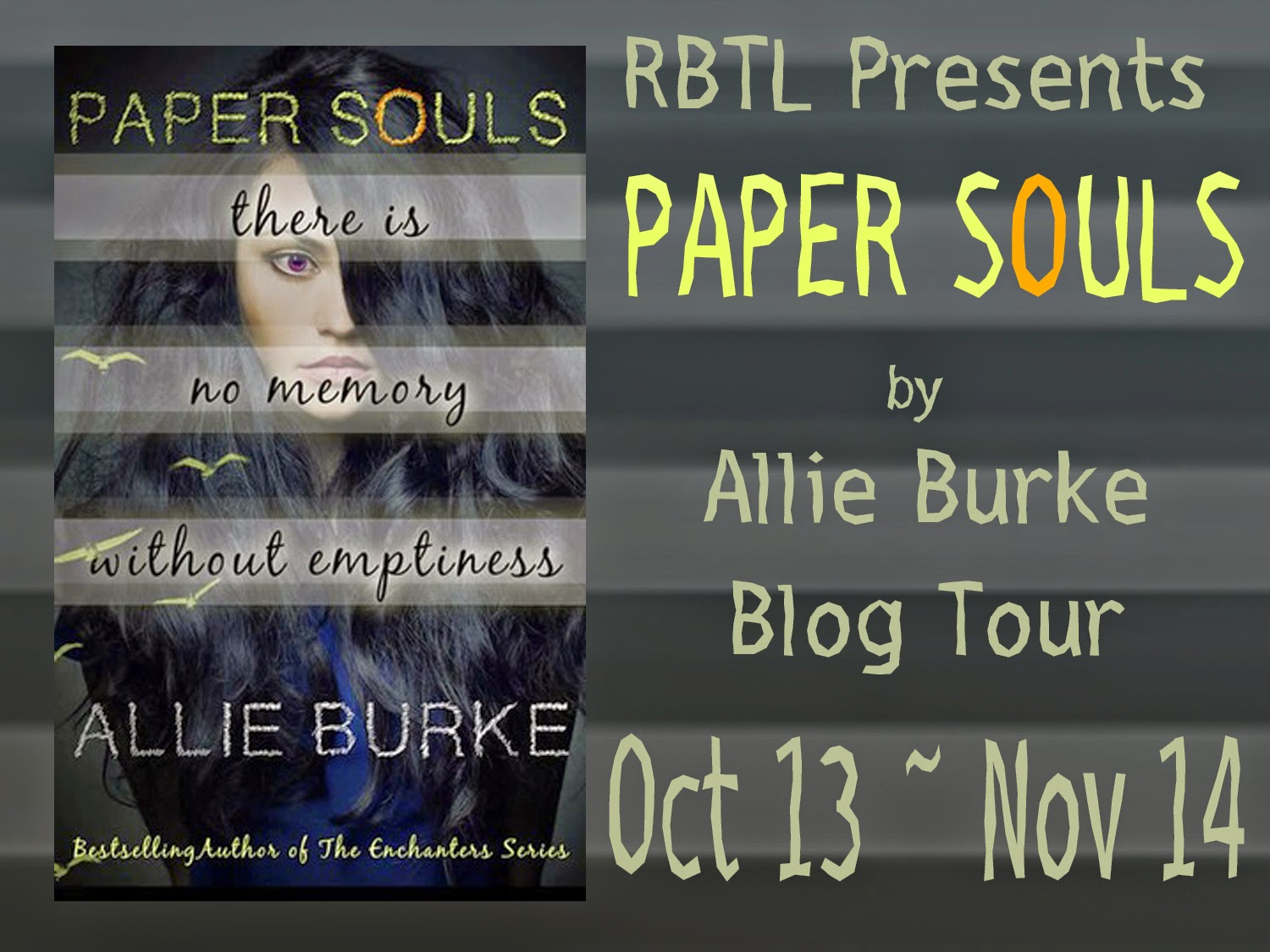 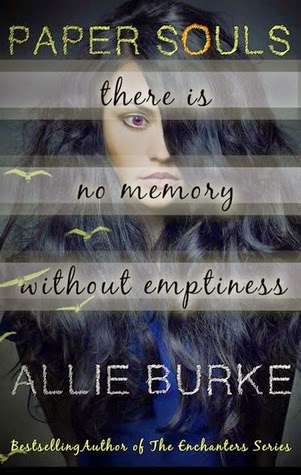 Disclosure of Material Connection:  I received this book for review from Read Between the Lines Blog Tour and the author.  I was not compensated nor was I required to write a positive review.  The opinions I have expressed are my own.  I am posting this in accordance with the Federal Trade Commission's 16 CFR, Part 255:  "Guides Concerning the Use of Endorsements and Testimonials in Advertising".

Blurb/Synopsis:
From the author of the bestselling genre-defining Enchanters series, comes a new literary tour de force about Emily, a young woman balancing two worlds between her fingertips: the one that is real to her and the one that is real to everyone else…
The question is: which one will she choose?
Never romanticizing what it means to be a twenty-something schizophrenic in a world broken by normalcy and half-baked fairytales, Allie Burke’s latest novel unites Emily and her world at large spanning from the streets of Russia, to the sheets of her bed, to the idiosyncratic comfort she gets from worlds that don’t exist at all.
Woven with angst and darkness, bursting with heartache, Paper Souls tells of the irreparably damaged and broken, and how they survive.

Author Information:
An American novelist, book critic, and magazine editor from Burbank, California, Allie Burke writes books she can’t find in the bookstore. Having been recognized as writing a “kickass book that defies the genre it’s in”, Allie writes with a prose that has been labeled poetic and ethereal.

Her life is a beautiful disaster, flowered with the harrowing existence of inherited eccentricity, a murderous family history, a faithful literature addiction, and the intricate darkness of true love. These are the enchanting experiences that inspire Allie’s fairytales.

From some coffee shop in Los Angeles, she is working on her next novel.

Excerpt:
My feet hurt, she said, answering the question that he didn’t physically ask.
Why do your feet hurt? The man named Frank asked her.
Because she’s wearing fucking flip flops? Will said.
Shut the fuck up, Will. Emily looked up at Frank. They always hurt. I don’t know why.
Frank looked over at Brendan where he stood ten feet away and Brendan discretely shook his head. Frank seemed to back up a step then, putting some space between himself and Emily.
She rolled her eyes and ignored all of them.
Tom, The Authors’ bass player, and two other guys she had never seen before, started talking about religion in a way that was more intelligent than any conversation that was ever brought up on the matter—or any matter—that Emily had heard, and she tried to keep up for a while, but eventually gave up when words that she had never heard or read before began to fall from their lips. The first one was acumen, and Emily stopped listening.
She watched a homeless man dragging an American flag on the ground walk through the alley. When he caught sight of her staring, he stopped to look at her. His eyes cried red tears that bled down his bruised cheeks. His jean jacket had some kind of worn patch on the back that was torn and frayed.
Emily, she heard her name being called fiercely, and her entire body twitched. She looked over at the voice. Brendan was back, looking down at her from above. I said, are you ready?
Quickly her eyes scanned the alley for the homeless man. He was gone.
Yeah, she said, looking back to Bren. Yeah, whenever you are.
He held out his warm hand to help her up, and she took it. He gave her coffee and he gave all his friends hugs goodbye.
Emily tried to ignore Frank as they walked away, but she felt his eyes on her as fiercely as she felt the absence of her mother her entire life.
Emily! a voice called after them as they arrived to her car. Emily turned around. Will was running at her and pulled her far enough from Brendan that he wouldn’t hear what he had to say.
You take care of him, Will said.
I will. Emily smiled.
His slits for eyes were not a threat, but a promise. If anything happens to him, Will said, ever, while he’s with you, I’ll fucking kill you.
I know, Emily said.
Will looked at her then, in a way that she didn’t understand. His teal eyes were intense under the dim light of the street lamp. They stared at one another for a long time. His body shifted—to hug her? To touch her? She didn’t know, but then he quickly strode away from her, and she didn’t call him back.

My Thoughts:
Emily Colt seems to be a victim of her environment.  She’s also a very complex woman.  Her life is confusing but not everyone’s life is like we see on TV – this is what makes this story more like real life.

It’s a story that requires a lot of mental attention.  Not everyone’s life is that of fairy tales and Emily’s story reminds the reader of that.  At times she seems to disassociate herself from life.  She seems to be one of those people that have fallen through the cracks but part of that goes back to her upbringing.
This is not a romance but if you want something that is thought provoking with some shock value then you just might like this story.    There is sex in this story but I don’t think it’s a romantic kind but of two people needing each other.  Emily’s reality is getting drunk and doing drugs and this story is one where you’re going to form an opinion about the main character.  So this is one where you will have to decide if you are willing to go outside your comfort zone, especially if all you read are romances, and delve into the world of a schizophrenic.