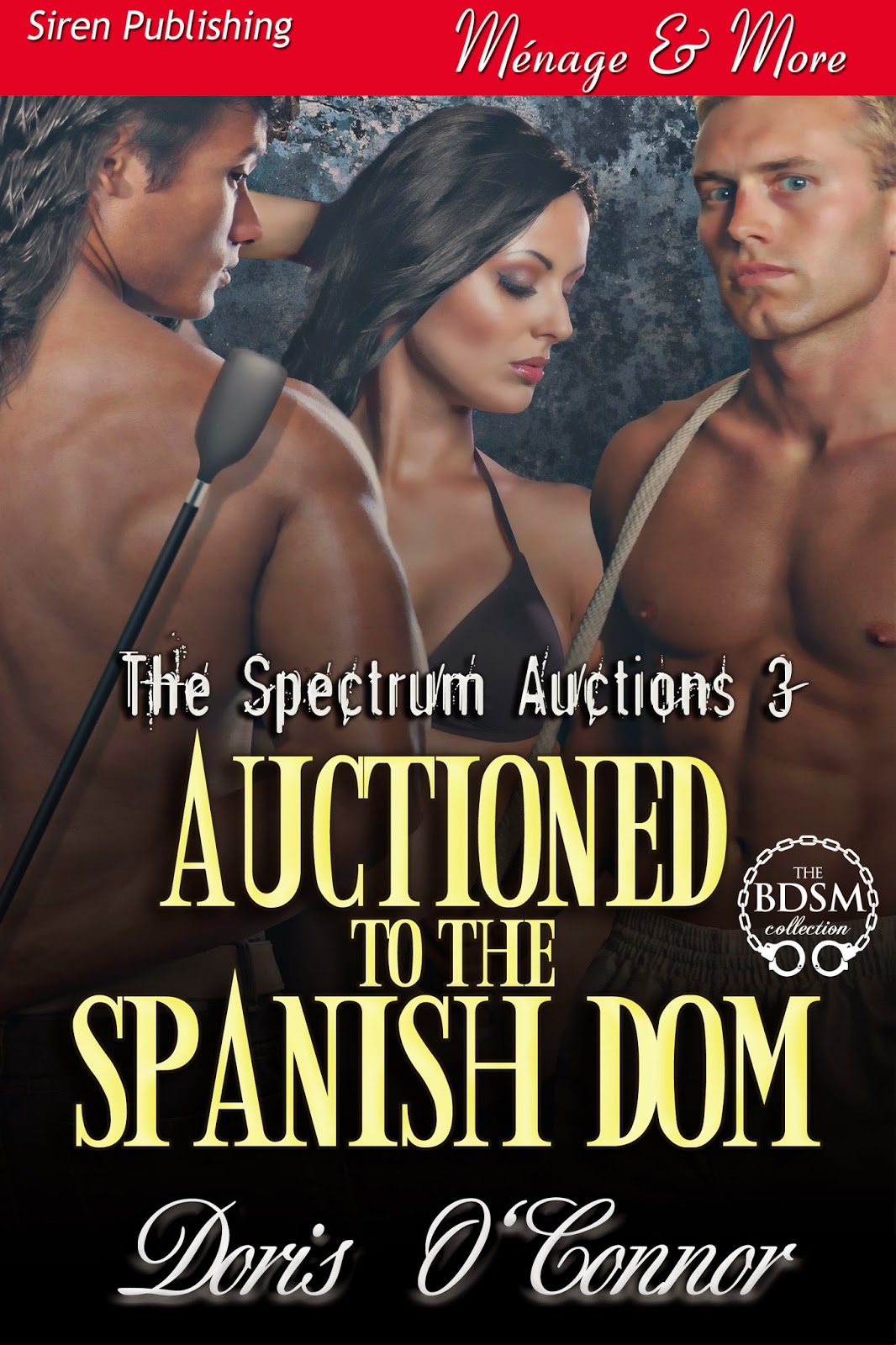 Blurb:
Peyton King had a simple plan. Sign up for the Spectrum Auctions and finally get the story that will get her the promotion she craves.
It’s just her luck that the person who wins her is Pedro Hernandez. The Spanish Dom has been starring in her erotic dreams ever since they first butted heads in her professional life, and he proves impossible to resist, if downright scary.
The sadist in Pedro is looking forward to teaching the prickly reporter a lesson or two. However, when Peyton turns out to be a masochist her instinctive responses floor the experienced Dom. Maybe it’s just his age catching up with him, but this young reporter gets under his skin like no other sub ever has, and their play smashes through both of their emotional defences in record time.
When their relationship is put to the test, Pedro has to decide if he can trust his pequeñita.
She is a reporter after all…


Authors Bio:
Glutton for punishment would be a good description for Doris... at least that's what she hears on an almost daily basis when people find out that she has a brood of nine children, ranging from adult to toddler and lives happily in a far too small house, cluttered with children, pets, dust bunnies, and one very understanding and supportive husband. Domestic goddess she is not.

There is always something better to do after all, like working on the latest manuscript and trying not to scare the locals even more than usual by talking out loud to the voices in her head. Her characters tend to be pretty insistent to get their stories told, and you will find Doris burning the midnight oil on a regular basis. Only time to get any peace and quiet and besides, sleep is for wimps.


Posted by Lynn's Romance Enthusiasm at 12:00 AM