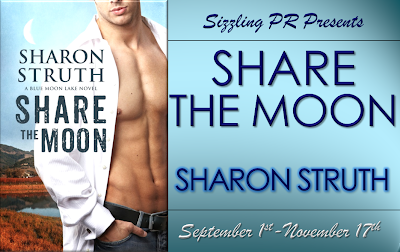 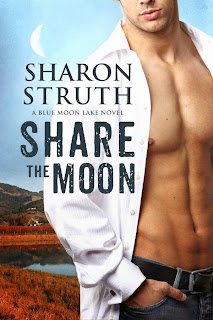 Sometimes trust is the toughest lesson to learn.

Sophie Shaw is days away from signing a contract that will fulfill her dream of owning a vineyard. For her, it’s a chance to restart her life and put past tragedies to rest. But Duncan Jamieson’s counter offer blows hers out to sea.

Duncan still finds Sophie as appealing as he had during boyhood vacations to the lake. Older and wiser now, he has his own reasons for wanting the land. His offer, however, hinges on a zoning change approval.

Bribery rumors threaten the deal and make Sophie wary of Duncan, yet she cannot deny his appeal. When her journalistic research uncovers a Jamieson family secret, trust becomes the hardest lesson for them both. 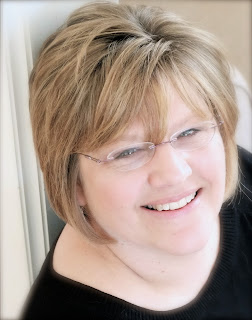 Author Bio:
Sharon Struth is an award-winning author who believes it’s never too late for a second chance in love or life. When she’s not writing, she and her husband happily sip their way through the scenic towns of the Connecticut Wine Trail. Sharon writes from the small town of Bethel, Connecticut, the friendliest place she’s ever lived. For more information, including where to find her other novels and published essays, please visit her at
www.sharonstruth.com

My Thoughts:
Sophie Shaw is not having a good day.  Duncan “Carter” Jamieson comes to her rescue.  The story starts with a sad event so you may need a tissue.  It feeds our conception of the rich – money talks.

The story also makes you question what they write about in the local paper.  Can the way a story is written be influenced by who has money and who doesn’t?    I also noticed that a local paper was referenced in the book.  But they have feelings just like everyone else.

Our author has written a book that I can say that I have a connection to.  Besides the local paper, Sophie goes to a mall that I’ve frequented.  This just adds to my reading experience.  Since Connecticut is so close to where I live, what better way to really experience the book then to go on a road trip and take this book with me.

It was nice to see that our main characters are people with life experiences.  The book shows that you can have another shot at a relationship even though something happened to the previous one.  Sharon also has you wondering what might happen if you see your childhood crush all grown up.  I loved the ending – it has you smiling but I think it leaves the door open for the next book in the series.  One great thing about this tour was that I got introduced to a new author that I look forward to reading more of her work.  I think you will love this book too.

Excerpt:
Sophie glanced toward his desk, where Duncan remained wrapped up in his phone call.
The top button of his crisp white shirt was undone, visible beneath a loosened red power tie. Cuffed sleeves, folded neatly to below his elbow, revealed strong forearms. He lifted his gaze over the rims of his glasses. She froze.

“Hold on, Kevin.” He covered the mouthpiece. “Please. Have a seat.”

“Sorry.” Duncan returned to his call. “We’ll have to wrap this up. My appointment arrived. Anything else we need to discuss?”

He’d requested her for this interview but didn’t seem happy she actually showed up. Did he have another reason, like to retaliate for the parking lot outburst?

She approached an expensive-looking leather sofa and removed a tape recorder, pad, and pen to a teak coffee table but, on principle, refused to sit. Jay often remarked how he hated her passive-aggressive behavior. The reality of his observation came to full light with this situation.

An end table held a picture of Duncan with a pretty, dark-haired woman huddled close to two children, the backdrop some European city. Meg had said his wife passed away. Had she suffered a long illness like Sophie’s mother or was her death sudden?

She lifted the photograph. The teenage girl appeared in her early teens and had the cute nose of the woman and her dark hair. The young boy had Duncan’s features, with brighter cinnamon hair and freckles around his nose.

The room’s silence suddenly screamed. Sophie glanced over, afraid Duncan’s angry scowl would have returned. Instead, he studied her with a softened stare. His thoughtful gaze appraised her legs, paused midway then inched the remainder of her torso with a smooth caress. He stopped at her face and those damn crystal eyes pinned hers in place. Sophie’s breath hitched. 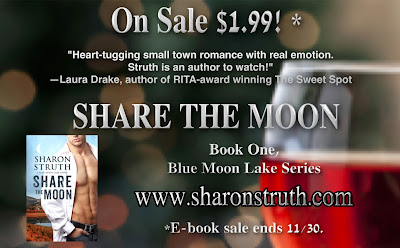