Disclosure of Material Connection: I received this book for review from Elle Woods PR and the author. I was not compensated nor was I required to write a positive review. The opinions I have expressed are my own. I am posting this in accordance with the Federal Trade Commission's 16 CFR, Part 255:  "Guides Concerning the Use of Endorsements and Testimonials in Advertising".

From his smoldering guitar licks to his dangerous good looks, he’s been on the top of the world and experienced the lowest of lows—including a stint in prison. With his new band he has a second chance at life—and fame. All he has to do is keep his head down and avoid emotional entanglements.

Law student Lindsay Sager is all work and no play. Her only connection to the music world is playing supportive bestie to the lead singer of a new band. Lindsay’s focus is on passing the bar exam so she can’t afford any distractions... not even a sexy Scottish guitarist who rocks her world.

Stu and Lindsay’s sexual chemistry is combustible and their desire to keep things simple turns very complicated. She’s the first woman he can’t seem to stay away from, but when his past comes roaring into the future, can they find a way to move forward together?

Available on all platforms: 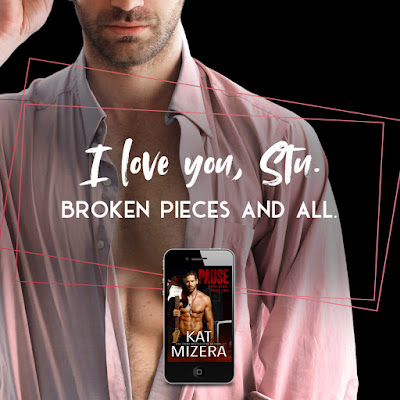 The heat between our couple is hot almost from the beginning.  Lindsay is trying to break into a very tough profession.  Stuart is trying to regain himself but feels broken.  There are times where you can almost feel the pain he is going through.  With Lindsay, you can see how compassionate the author made her.  Should you ever need her advice, she might be someone you could lean on.

I enjoyed getting to know the secondary characters.  One is Lindsay’s champion and shows how good a friend can be.  Another character I enjoyed is a relative of Stuart’s.  She’s a firecracker and wouldn’t mind a family member like her.  They help to move the story along – both through the good times and bad.  Our minds may get diverted for a little while but the author knows just what to do so we know whose story we’re reading about.

Because of the business Stuart’s in, that is an important part of the storyline.  It affects a lot of his life.  We all realize how glamorous it sounds but never realize what it’s like for the person we put on a pedestal.  I enjoyed watching how things got resolved for him because he had a champion in his corner.  Their story may be finished but I’m glad to see the series isn’t.