When the wrong man turns out to be the right one...

Nash, a longtime Dirty Angels MC member and lead singer of Dirty Deeds, has a secret. For years, he’s hidden his bisexuality from his brothers, fellow bikers, worried how they’d take the news. But Nash isn’t the only one keeping secrets from his brotherhood. So is Cross, a police officer and member of the Blue Avengers MC.

As opposite as they come, when Cross spots Nash across the bar, he can’t resist the unexpected attraction. Then lines are crossed, boundaries blurred. And they need to survive in two different worlds where men who like other men aren’t usually accepted, and where bikers and cops don’t mix.

Reality and fantasy are two different things. The fantasy being Cross and Nash can be together, that they can make it work. The reality being their situation is impossible. Cross will never give up being a cop. Nash will never give up being a biker. What either of them would have to walk away from is more than anyone should ask for. In the end, fighting reality could be a losing battle in a war they might never win.

Note: A standalone, Crossing the Line is a crossover gay romance involving a member of the Dirty Angels MC and one from the Blue Avengers MC. It includes forbidden love, enemies to lovers, cop vs biker, alpha vs alpha. As with all my books, it has no cliffhanger and an HEA.


JEANNE ST. JAMES is a USA Today bestselling romance author who loves an alpha male (or two). She was only 13 when she started writing and her first paid published piece was an story in Playgirl magazine. Her first romance novel, Banged Up, was published in 2009. It was rereleased recently under the title Damaged and became a USA Today bestseller. She is happily owned by farting French bulldogs. She writes M/F, M/M, and M/M/F ménages. 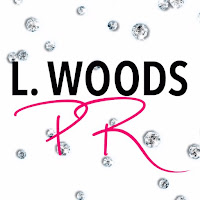