Top three reasons why sleeping with the enemy is a bad idea...
1. She’s my fiercest rival.
2. She’s also my fiery ex.
3. We’re going up against each other in a stiff competition to win the hottest new client on the market.
And yet, I’d like to be up against the wall in a stiff competition to get her to call out my name.
Time to double down on my resistance to her tough-as-nails, take-no-prisoners, sexy-as-sin attitude. The same attitude I find irresistible.
That’s a big problem, because in this race to nab the client, I run into Haven in the hotel, on the beach, in the guest quarters late at night.
Hate sex would be a terrible idea.
Except, it’s the complete opposite, and now we can’t keep our hands off each other.
Trouble is, I’m not so sure it’s hate I’m feeling anymore.
And that’s the biggest reason sleeping with the enemy you’re falling for is a bad idea -- my job literally depends on never letting her into my heart.

✦Audio ➜ THE AUDIOBOOK will be Performed by Jason Clarke and Emma Wilder
With a full cast including Audie winners Andi Arndt, Dion Graham, Vikas Adam and Dan Bittner
And with special performances by Shane East, Teddy Hamilton and Erin Mallon. This audiobook will also include the novella THE ENGAGEMENT GIFT performed by Teddy Hamilton and Elena Wolfe.

“I think the question is—are you still affected? Because when I look at you, when I see the goosebumps rising over your skin, when I see the flush on your chest, and when you do that . . .” I gesture to her mouth. Her eyes widen.
“Do what?” I brush my finger against the corner of her lips, barely touching her. “When you nibble ever so slightly on your lips. I know what that means.” She swallows visibly.
“What does it mean?” I lift a hand, reach for her face, and cup her cheek. She gasps.
“That. It means both of us are completely unaffected. In fact, I bet we’re so unaffected that if I kissed you right now, we’d probably not even care.” She slides next to me, up against me, sealing her fantastic body against mine.
“I wouldn’t care one bit if you did.”
“Let’s find out.” She lifts her defiant chin, her pretty pink lips parted.
“Go right ahead.”

A #1 New York Times Bestselling, #1 Wall Street Journal Bestselling, and #1 Audible Bestselling author, Lauren Blakely is known for her contemporary romance style that’s sweet, sexy and witty. Her heroines are strong and smart and her heroes have hearts of gold and fantastic funny bones. She lives on the West Coast with her family, including her smoking hot and hilarious husband and her two brilliant and kind teenagers. She has plotted entire novels while walking her dogs — she might have four dogs, or maybe five. If she’s lucky, she’ll soon have six dogs. With fourteen New York Times bestsellers, her titles have appeared on the New York Times, USA Today, and Wall Street Journal Bestseller Lists more than 100 times, and she’s sold more than 3 million books.

She'd love to give you a free book today! Check out her web site to grab your free read: laurenblakely.com/one-free-book/ 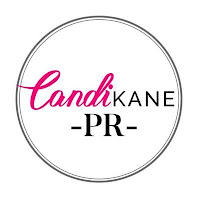