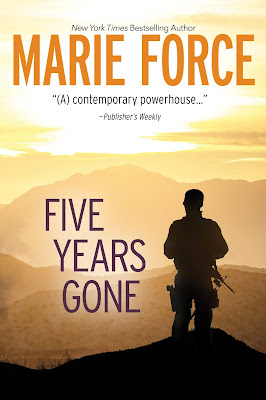 The most brazen terrorist attack in history. A country bent on revenge. A love affair cut short. A heart that never truly heals.

I knew on the day of the attack that our lives were changed forever. What I didn’t know then was that I’d never see John again after he deployed. One day he was living with me, sleeping next to me, making plans with me. The next day he was gone.That was five years ago. The world has moved on from that awful day, but I’m stuck in my own personal hell, waiting for a man who may be dead for all I know. At my sister’s wedding, I meet Eric, the brother of the groom, and my heart comes alive once again. The world is riveted by the capture of the terrorist mastermind, brought down by U.S. Special Forces in a daring raid. Now I am trapped between hoping I’ll hear from John and fearing what’ll become of my new life with Eric if I do. From a New York Times bestselling author, Five Years Gone, a standalone contemporary, is an epic story of love, honor, duty, unbearable choices and impossible dilemmas. 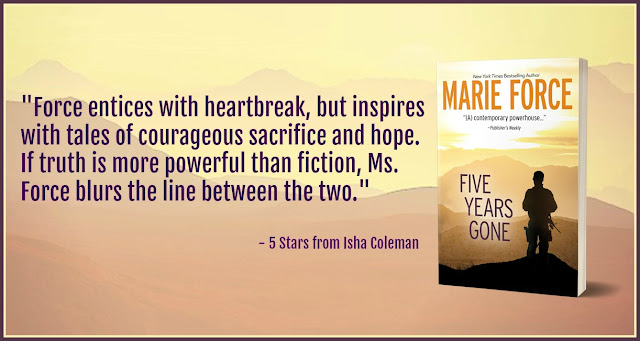 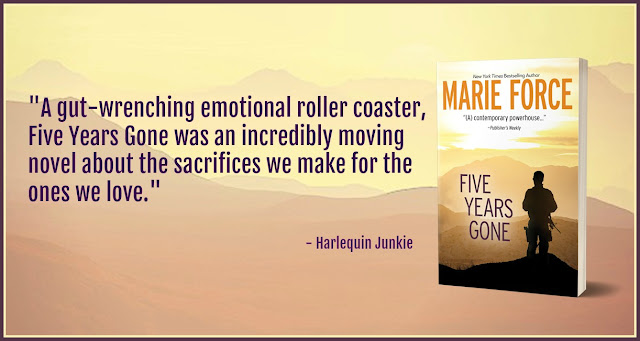 All together, her books have sold 6.5 million copies worldwide, have been translated into more than a dozen languages and have appeared on the New York Times bestseller list many times. She is also a USA Today and Wall Street Journal bestseller, a Speigel bestseller in Germany, a frequent speaker and publishing workshop presenter as well as a publisher through her Jack’s House Publishing romance imprint. She is a two-time nominee for the Romance Writers of America’s RITA® award for romance fiction.