I received this audiobook as part of my participation in a blog tour with Audiobookworm Promotions. The tour is being sponsored by Olivia Norem. The gifting of this audiobook did not affect my opinion of it.

Katherine Goldman is a professional with world-class skills, but the expertise of the family firm doesn't lie within the scope of legitimate commerce. Goldman & Associates steals priceless treasures and delivers them to the highest bidder - and business is good.

When Katherine lands in Scotland to boost some relics, nothing in the experience of this notorious thief prepared her for a collision with a dark, rakish man wearing plaid...who happens to be trapped inside an ancient mirror.

A man imprisoned in time

Centuries before, Simeon Campbell had no idea the woman he charmed was a witch of unspeakable power. When Simeon refuses her gift of immortality, he quickly learns there is no wrath like a woman scorned.

Cursed to spend eternity within the bonds of her enchantment, Simeon is lost time and nearly bereft of hope. Until he's accidentally released by a lass with questionable motives, in a century he could never have imagined....

This feature answers the question "If this title were being turned into a movie or television series, who should be cast as its characters?"

When I’m in character development for my books, I begin my process with extensive research of actors and roles, looking for inspiration to guide me in gestures, body language and expressions. Of course, I think every author dreams of seeing their work on the screen one day, so here is my dream cast for How To Steal A Highlander.
It goes without saying we have an unlimited production budget and every actor is able to bypass nerve-wracking negotiations and scheduling conflicts, and simply says “Yes!”
Hey, it’s a “dream.”

Simeon Campbell - Aaron Taylor Johnson would be my top pick for Simeon, our alpha male highland hero. From first being introduced to him in the Kick Ass movies, I saw unlimited potential for this very talented actor. I can absolutely see him bring dynamism to an expressive and emotive performance dressed in a kilt.
Katherine “Kat” Moira Goldman - Yvonne Strahovski for Kat, our world-class jewel thief. I fell in love with Yvonne’s performance as Sarah Walker in the Chuck television series and confess she was largely an inspiration for Kat’s character.

Ian Goldman - James Franco. Ian adds levity and expressiveness to even the most tense situations. James would rock this role, just as Ian does in his appearances.
Murray Campbell - Michael Parks. Murray’s character was largely based on Fagan from Oliver Twist and I harken back to Kill Bill vol. 2, where Michael Parks played dual roles of Earl McGraw and Esteban Vihaio, which blew me away when I read the credits. He has amazing range.
Sofia Campbell - Hayley Atwell. I believe Hayley would bring just the right amount of tough and sweet in her performance of Sofia, who should be stealing screen time in her appearances.
Isobel - our evil witch. I’ve wrestled with this one. While Helen Bonham Carter seems a likely choice, I’d love to see Zoe Saldana in this role.
In our initial meetings between myself and narrator Greg Patmore, his impression of Isobel’s voice was evil, chocolate, sex. I couldn’t have described her better. When I first previewed the audiobook of How To Steal A Highlander, Greg brought a nuance to Isobel which reminded me of the witches in Macbeth. Zoe hasn’t played this type of role yet and I believe it would be an unforgettable performance - along with the advanced pyrotechnics at the climax of the book.
Uncle Alastair - Kristofer Hivju. He’s the perfect man for our burly 17th century Scottish warrior.
Gerhard Bernd - Greg Patmore. Yes, he’s our narrator, but he is also an accomplished actor. He’s amazing at accents (the audiobook will attest) and he looks wonderful in a suit.
Brice - James McAvoy. It’s a small role, but he’s a sexy wedding guest bent on seduction. Who wouldn’t want to be seduced in an authentic Highland castle by James McAvoy?

Since Olivia is old enough to remember, she devoured books and stories and became enchanted with the worlds the authors created. Imagination, unforgettable characters, and the swoon-worthy, alpha males have made a huge impact on her writing style.

Olivia is known for strong, sassy characters who are always ready with a quip of humor, despite their situations. Born in the Chicago area, Olivia moved to the sunny shores of the Tampa Bay more years ago then she cares to admit. Olivia writes full-time, and enjoys her "C" hobbies: cats, cigars and classic cars.

Greg became an actor in his mid 40s, fulfilling a lifelong ambition when he trained at Arts Educational Schools, and has enjoyed a varied career on stage, screen and in the voiceover studio ever since.
As a Voice Artist, Greg is an accomplished narrator of audiobooks, a regular in audio dramas made by the award-winning Big Finish Productions and has appeared as a voice artist in major movie and TV productions including The Gunman and Ripper Street, not to mention appearances in main roles such as Good 'Lias Hatfield in Hatfields & McCoys.
He has also voiced E-Learning projects including the instructional guide for Amazon's Kindle Fire.
Greg specialises in accents being expert in regional British, regional American and European. He is an accomplished musician and when not working is happiest of all on a boat!

Narrator Interview:
When did you know you wanted to be an audiobook narrator?

I’ve always loved books, total bookworm as a youngster. And I messed around recording things for years, just for fun. Eventually I became an actor. I was hired to record an audiobook one day and just fell in love with it, to the point that now I frequently turn down acting work that interferes with my audiobook work!

Did you find it difficult to “break into” audiobook narration? What skill/tool helped you the most when getting started?

Yes, my theatre training and experience is vital to my vocal technique, stamina, dramatic portrayal, text work and pretty much everything.

How do you manage to avoid burn-out? What do you do to maintain your enthusiasm for narrating?

Good books are easy to enjoy, and really once I fall into the world of a book, the enthusiasm comes on its own. I’ve always been good at maintaining focus and I enjoy the discipline needed to record both creatively and efficiently.

Are you an audiobook listener? What about the audiobook format appeals to you?

I LOVE audiobooks. I love. that you can share a book with someone in real time, enjoy it together. I also love how it makes long journeys short!

Is there a particular genre you feel unsuited for? Have you ever declined a project because you didn’t think you were right for it?

I don’t like textbooks. There needs to be art in it or I’m just working for pay, and that has never motivated me.

What about this title compelled you to audition as narrator?

Very closely during preparation, agreeing character traits, important Ryan’s themes, style of delivery and details of the Writer’s ‘world’ and any areas they feel strongly about.

Do you read reviews for your audiobooks?

Yes, sometimes. I’m not obsessive about it.

If so, which ones stand out to you most, positive or negative?

It’s nice to get a positive ‘I love Greg’ review. It hurts to get a ‘I hate this I hate that’ review, but to be fair, neither really make too much difference.
A review which shows clear understanding of the crafts of storytelling and in particular audiobooks, even if it points out negatives, if it’s constructive then you can learn from it. And I like that most.

What do you say to those who view listening to audiobooks as “cheating” or as inferior to “real reading”? 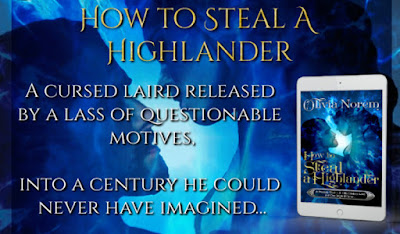 This was a pleasant surprise. It's been a while since I listened to a historical book. It's not really a romance per se but more of a historical adventure. But it's also a current adventure since we start in the present before traveling back to the past. On top of that we get a little of a paranormal mystery. What happened to Simeon Campbell to bring him to this point in time? Was it meant to be that Katherine Goldman would be the one to set things in motion?Our author gives her readers a little bit of everything. Some would think that it would be confusing but she makes it all seem believable. Katherine is an interesting woman who on one hand can't understand what's going on but is willing to accept what's happening - eventually. Simeon isn't quite sure what's going on but he's a strong man that's willing to take a chance to find a solution.No offense to Mr. Patmore but when I started listening to him I thought of Sean Connery. I had no trouble thinking of Simeon with a younger face of Mr. Connery. He helped to carry me back to the Highlands and the people that live there. He also helped me become apart of the present mystery and how Katherine is going to go about solving it. Mr. Patmore may not have the best female voice but that didn't bother me. He did a great job in getting me to like this story and looking forward to more.I look forward to seeing what else Ms. Norem has written. I want to see where else she is going to take me and what my next adventure is going to be. I may even see what other books Mr. Patmore has narrated. He did a great job in transporting me out of my living room and taking me to the Scottish Highlands.These two made a great pair.

➜Sign up as a host here
SaveSave
Posted by Lynn's Romance Enthusiasm at 10:00 AM