About The Time Traveller's Resort and Museum:

“If you need to know men's secrets
Or if there's something you need to find
If you want to see the dinosaurs
Or the insides of your mind.
If you want to watch the earth begin,
Or see what the apocalypse will leave behind,
You need to thank Alice Anderson,
For Alice is the mother of time.”

That was how the rhyme went. Every time traveler knew it. Everyone that is, except of course, for Alice herself, since she hadn’t invented time travel yet. Since returning to London, Alice’s life has been turned upside down. She’s been accused of murder and lost her position in the scientific community. Her only ally in this journey is a strange man who seems to think that Alice may be about to open up a strange new world of possibilities, but is probably not telling her everything he knows.

“Hi stranger,” a familiar voice said.
Wendy Mittlestadt was, without question, the best and the worst of sisters. She was equal parts Emma Woodhouse, Joan Collins, and Florence Nightingale. A bitch for all seasons, as it were. Alice was happy to see her sister, but was rather painfully aware that this particular meeting was going to involve a certain amount of griping about Wendy's least favourite subject – her sister's occupational move to America.
“You look like you've been over ten miles of bad road,” Wendy said, sitting down.
“I spent the night on an airplane,” Alice replied. “It isn't exactly the Holiday Inn.”
“You were the one who decided to leave the country,” Wendy countered.
“I left the country for a reason,” Alice said curtly.
Wendy bristled. Bristling was something that Wendy was very good at, and she tended to play to her strengths. Wendy's resume largely consisted of graduating University, marrying a wealthy man who was two decades older than herself, and consuming large quantities of alcohol. In general, she could be counted on to while away the hours from Monday through Saturday shopping, drinking, and then complaining about how absolutely exhausting it was to shop and drink, usually to her husband, who had not actually heard his wife's voice for the better part of three years. It was an existence that Alice wanted no part of, and this angered Wendy, in part because she simply couldn't understand how one could go through life believing that there was more to this world than money. The truth was, Wendy loved and cherished her sister, but was very, very worried most of the time about the large number of things that she had absolutely no control over, Alice's wanderlust being not least among these.
“How is New York, anyway?”
“Oh well, you know,” Alice said. Alice knew that the cool waters of Lake Cayuga, the rushing sounds of giant waterfalls, the green forests of the state parks, and the rolling hills of Ithaca would sound absolutely dreadful to Wendy, but the truth was, it wasn't that bad.
"And how are American men?" Wendy asked.
"Starting in with twenty questions pretty quickly, aren't we?" Alice asked.
"Well, I need to know the basics," Wendy said. "Your emails read like Japanese Haiku."
Alice took another sip of her drink. "If you must know, American men are basically the same as English men, except that when they talk about football, they mean something completely different."

David McLain is the author of the two novels: Dragonbait, and The Life of a Thief. His stories have been published in the anthologies Metastasis, Penny Dread II, and the Doctor Who Anthology Time Shadows, as well as over two dozen magazines. He has been featured on NPR's Off the Page and the History of England podcast. He lives in New York. 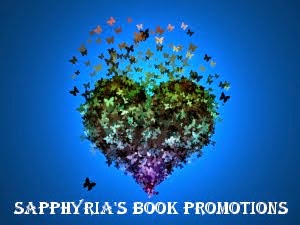