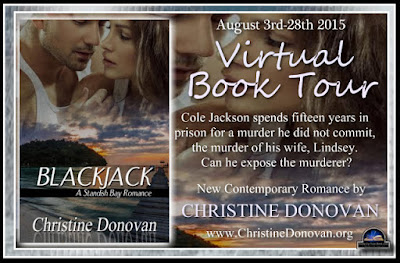 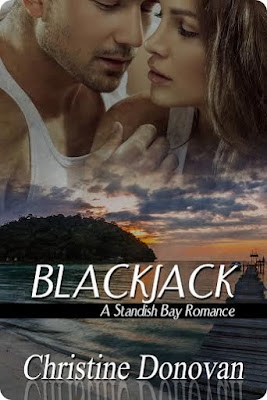 Cole Jackson spends fifteen years in prison for a murder he did not commit, the murder of his wife, Lindsey.

His talent as a songwriter and an avid reader save him from the loneliness of the cold, dark and unforgiving prison walls. But as he joins the world of the free again, he struggles with his once again fame, because of his rock-n-roll band, of being a convicted killer and the fact that his self-esteem and self-respect were lost years ago. Prison will do that to you, not to mention drugs, alcohol and an unfaithful wife. He no longer has the drugs, the alcohol or the unfaithful wife. What he has is a tarnished reputation and the determination to find the true killer and restore his life.

Shannon Gallagher's hard work as a writer has finally paid off. She believes her life is complete living in her dream home on the ocean until she meets Cole Jackson. She idolized him at sixteen, cried at twenty-one when he went to prison. Now at thirty-six she meets him and falls instantly in love. But as Cole gets closer to his wife's killer, he puts Shannon's life in danger. Can he expose the murderer and keep Shannon safe?

Cole Jackson threw away what most of us would give our eyeteeth for.  Shannon Gallagher’s an author that comes from my neck of the woods.  Between our character’s tension and seeing that I have a connection with one of her characters, I knew that I needed to sit back and relax because I wasn’t going anywhere.  If you love a good mystery, the author carries it through to just about the very end.

I’m sure that a lot of you also get interested when you see how the author develops a story that’s set around where you live.  I know authors take creative license but we still like to see some accuracy – I think this just makes us scrutinize the books even more.  Our author had me wanting to take a road trip down to the Boston/Cape Cod area to finish reading this great book.  Since Shannon’s profession mimics our author’s, it also had me wondering if our author has given Shannon some of her personality.

Our author gave Cole the talent of being able to write and perform his own music.  If you have a favorite artist that has the same talent, why not have some of that music playing in the background – what a great inspiration.  Something else the author shows is that not everyone has a perfect marriage but love can come around a second time.

I find that you get a different reading experience when you read a physical copy of the book.  With a “real” copy, you just seem to slow down, relax and not have to worry that you’re going to lose power.  If you’re reading during a storm, you don’t have to worry if the power goes out – a flashlight will light the way.  The ending is a true happy ending and the author includes a “Coming Soon”.  I’m looking forward to her next book in this series.

Groping the wall blindly, hoping to steady his rubbery legs, Cole Jackson swore as he realized he was totally wasted. The hotel hallway seemed to sway violently like a ship caught in a serious gale—the kind small boats don’t survive intact.

“Shit,” he yelled as he collapsed to one knee then slowly raised himself up and continued shuffling toward the room he shared with his wife, Lindsey.
From a distant haze, voices pummeled through the buzz surrounding his brain. Faces blurred and flashed in and out and around the black spots plaguing his eyesight.

“Great, just great,” Cole thought he replied. The words formed in his brain—he just wasn’t sure they managed to escape his mouth.

Another man remarked, “Do you need any assistance?”

“Hell no,” Cole muttered aloud this time as he tripped along mumbling to himself. Why did everyone assume he needed assistance just because he had a damn good buzz on? It was his life, wasn’t it? And if he chose to blur it with alcohol it was his business and nobody else’s.

Cole slid the stupid plastic key card in the door for the third time. “Damn, damn, damn.” He pounded the door with his fist. “I need sleep. All I want to do is crawl into bed. Come on, fourth time’s the charm.”

As he turned the knob, he prayed Lindsey slept alone. He’d stayed away as long as he could without passing out in the hotel bar. Not like he’d never done that before.

“What the hell,” he swore as he shoved the door open, banging it into something. Once inside with the door shut, he looked down, blinked several times, forcing his eyes to focus, and saw Lindsey lying on the floor. A deep red stain encompassed her chest and a potent metallic smell suddenly floored his senses. Cole swayed and tried to steady himself as blackness descended, swallowing him up. The last thing he remembered as he collapsed next to Lindsey was his hand landing in something warm, wet and sticky. 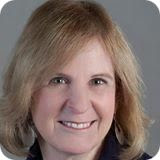 Christine Donovan is an International Bestselling Author and a PAN member of Romance Writers of America. She lives on the Southeast Coast of Massachusetts with her husband, four sons, one granddaughter and four cats. In addition to writing Contemporary Romance, she writers Regency and Paranormal Romance. When she is not writing or reading, she is either painting or gardening.

Her latest book is the contemporary romance, BlackJack.