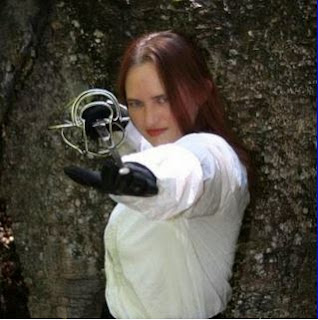 Karlie Lucas is a preschool teacher by day and a writer/artist by night.

A graduate of Southern Utah University, Karlie received a B.A. in Creative Writing, with a minor in art. She is a member of Sigma Tau Delta, The International English Honor Society, as well as ANWA, the American Night Writers Association.

Karlie is interested in all things magical and mysterious, especially elves and dragons. She is an avid fan of J.R.R. Tolkien and J.K. Rowling.

When not writing, Karlie can often be found drawing, baking, watching her favorite old school shows, or just spending time with her family.

She currently resides in Dallas, Texas with her husband and a cat named Kally. 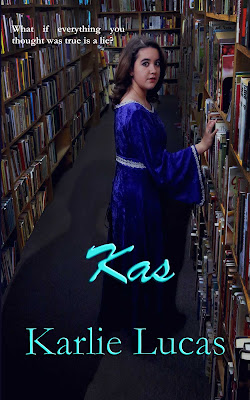 Most teenagers don't have a voice talking in their heads, but that's pretty normal for Kas. It's been there her whole life, giving her directions, keeping her from harm. When the voice advises against the family picnic in the mountains, she's sure there's a reason, but convincing her mom is another matter.
While in the mountains, Kas accidentally stumbles on a gateway to another dimension. Almost immediately, her life is in peril. From a disembodied man known only as Milord and a hoard of hooded men who want her soul, she doesn't know who to trust in this strange place where dreams become reality.
As Kas learns more about who she is and how she came to the Waymeet of Worlds, it becomes clear that someone is lying to her. But is it the voice she's known her whole life or the new friends she finds in Milord's castle. Choosing the wrong people to trust could cost her soul and prevent her from fulfilling her destiny.

1 - I almost double-majored in college with an English: Creative Writing and General Art degree.
2 - I am the third of eight children.
3 - It is my goal to, I one day, find a diamond in the ground.
4 - Not only do I write, but I also voice act for a small production company I own that produces shows based off of Japanese comics (manga).
5 - I usually have between three and five different stories that I'm working on at any given time.
6 - I am distantly related to several different former presidents of the United States.
7 - I always wanted to be a red head so I will occasionally dye my hair that color.
8 - I like to cosplay (dress up as) different characters from anime (Japanese cartoons), as well as original characters.
9 - I named my car Edward, not after the character from Twilight, but after an character from the manga Fullmetal Alchemist. (My car is silver.)
10 - I have the best hubby in the whole world, and I'm not just saying that because he makes the absolute best Alfredo sauce on the planet.

And a fun Author interview question:
How did you come to write this particular book or series?

Kas started out as a sort of Beauty and the Beast story that I wrote in high school. Over the course of ten plus years, I wasn't satisfied with the basics and tore it apart over and over again. After piecing back together the patchwork I'd made of it, it became what it is now.