Title: Strands of Gold
Series: Rebel Moon Shifters
Author: Faith Gibson
Cover Design: Corey Majeau of Majeau Designs
Genre: Paranormal Romance
Release Date: October 28, 2022
Rating:  5 Stars
#strandsofgoldreleaseblitz #strandsofgoldfaithgibson #strandsofgoldrebelmoonshifters #newrelease #rebelmoonshifters #faithgibsonauthor
#paranormalromance #shifters #romance
#enticingjourney
Disclosure of Material Connection:  I received this book for review from Enticing Journey Book Promotions and the author.  I was not compensated nor was I required to write a positive review.  The opinions I have expressed are my own.  I am posting this in accordance with the Federal Trade Commission's 16 CFR, Part 255:  "Guides Concerning the Use of Endorsements and Testimonials in Advertising". 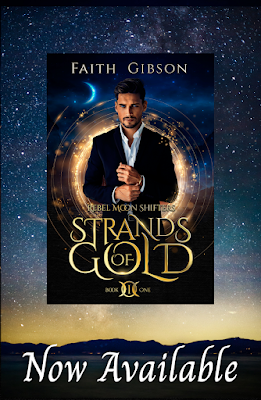 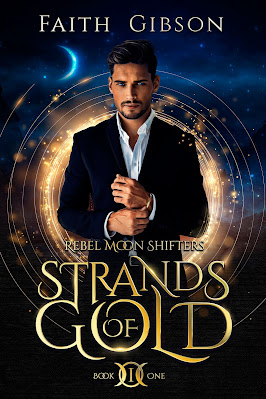 His gifts are increasing, but is that really a good thing?
Before he even knew what Gargoyles were, six-year-old half-blood Connor Di Pietro met his mate – a blonde-haired, blue-eyed girl with a love for lizards. At the same time, Connor had his first premonition. His visions were the first of many gifts the gods would bestow upon him, but none were helpful in finding his mate. Connor has spent the last twenty-eight years filling his time becoming a physician, a scientist, and a world-renowned artist, while the computer experts in his Clan searched for the little girl who should be his world. When a premonition takes Connor to Charleston, South Carolina, he enlists the help of his private eye cousin, praying they can stop events before the vision becomes reality.
Alyssa Branson is a biologist working in her father's laboratory. She’s smart yet quirky, dancing to the beat of a heavy metal drum. Her life hasn’t been an easy one, and she spends most of her time at the lab or in the sanctuary of her home. A true romantic, she's waiting for the day the little boy she met in Greece when she was five rides back into her life in true fairy tale fashion. A brief glance across a crowded sidewalk has Alyssa abandoning the rules she set in place to keep her safe, and the handsome stranger turns out to be her Connor. Little does she know that he has more than one secret.
Alyssa’s latest project is related to Connor’s vision of three dead shifters, but she’s bound by a contract to keep the project under wraps. When a local wolf pack sets their sights on her, Alyssa must put her trust in the man who claims she is his fated mate. If that’s not fairy tale material, Alyssa will eat her beloved gecko.
My Thoughts:

Connor has some unique gifts. Ally still remembers someone from her past. Their story was a great way to be introduced to this author. Connor and Ally helped me get to know how creative this author can be. Part of that is due to the fantasy genre.

When an author can take a fantasy and combine it with the world we currently live in, anything is possible. Plus, she takes two characters and makes them so believable you may be able to picture them as a neighbor or someone in your world.

Something great about discovering a new author is you will have plenty of other books to add to your library. Connor happens to appear in one of her other series so you may want to go back and see what The Stone Society series is all about. Shifters are a big part of what makes this an enjoyable book. We get some mystery, we get some romance, and we get some suspense. By the time I got to the end, I was ready to start on book two but sadly it’s not available yet. I will have to be patient until it is. 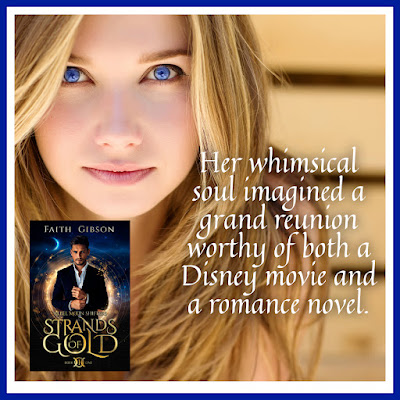 Faith Gibson is a multi-genre author who lives outside Nashville, Tennessee with the love of her life, and her four-legged best friend. She strongly believes that love is love, and there's not enough love in the world. Faith writes mainly paranormal romance with a side of contemporary suspense and has a few LGBTQ books out there as well.She began writing in high school, and over the years, penned many stories, song lyrics, and poems. When her dreams continued to get crazier than the one before, Faith decided to keep a dream journal. Many of these night-time escapades have led to a line, a chapter, and even a complete story. You won't find her books in only one genre, but they will all have one thing in common: a happy ending.When asked what her purpose in life is, she will say to entertain the masses. Even if it's one person at a time. She is a lover of music, and once upon a time, wanted to be a drummer in a rock band. Some of her books include lyrics she has written. Now if she could find a hard rock band to put music to those lyrics. When Faith isn't hard at work on her next story, she can be found playing with her American Staffordshire Luna, or reading.