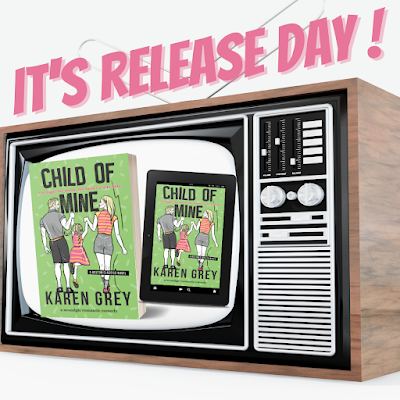 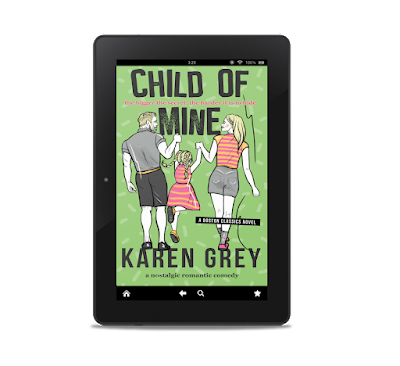 The bigger the secret, the harder it is to hide.

Single mom Isabella York was a celebrity before she had her first kiss, her first date, or her first sip of alcohol. Playing the bad girl—both on and off the set—made up for lost time, but the consequences were life-changing. Back home in Boston, with her “checkered past” behind her, all she wants is to raise her little girl far from the spotlight. After all, revealing her secrets could mean losing everything.

For her, and her daughter.

It’s not that Henry Smith hates kids—they don’t like him. Meanwhile, he’s stuck producing children’s TV, so he’s doing the best he can to be less of a grouch. Not everyone gets a second chance to chase his dream, and if he plays his cards right at this new gig, he can move on to making television that will change the world, not just entertain a bunch of brats.

Even better, he just might be able to talk the woman he never thought he’d see again into greenlighting a do-over.

In this sexy, heartwarming, Secret Baby, 80’s throwback romcom, a Sunshine-Grumpy pair has to face the past before they can find their future… together. 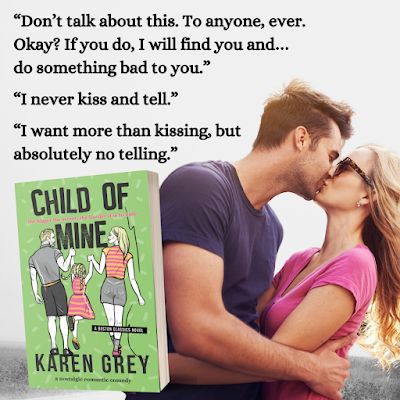 “Kids aren’t scared of me,” I protest weakly. I don’t mind them, but kids sure hate me.

I roll my eyes. “Just because I made that girl cry one time.”

He grins. “It was a whole gaggle of girls. And at least five times. That I know about.”

“I didn’t send her to juvie. I just made sure she understood that you don’t touch station property.” 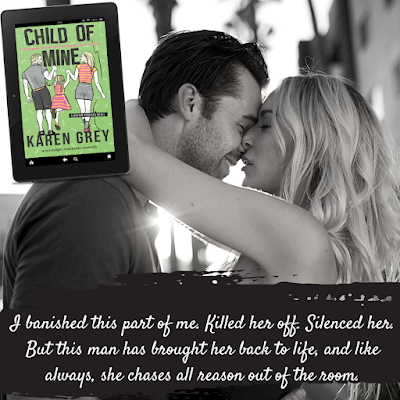 Briefly, an image of her father flashes in my mind. What if he hadn’t disappeared without a goodbye? Would he be walking down this street at my side, helping me watch out for our little girl, his palm on my hip a promise of things we might do later?

As lovely as all that sounds, that’s not my reality, so I pack it away. If I’ve learned one thing in this life so far, it’s that there’s only one person I can truly rely on, and that’s me.

Besides, what Lilah doesn’t know can’t hurt her. 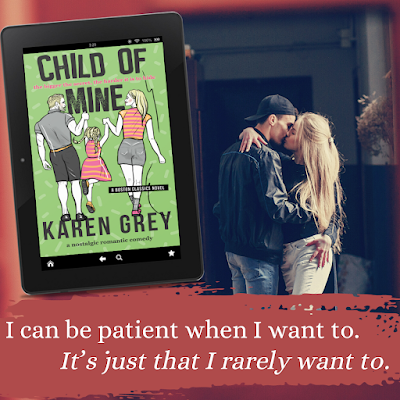 “I’m all about this semi historical genre. The music, the radio, the phones with cords. Every bit of it.” Goodreads review

“I'm always happy to read Karen's books that transport me back to the 80s and 90s. I love her snippets of music, TV, current events of that time period sprinkled throughout the book for that hit of nostalgia.” Pixiedust Reads

“I am loving this series; each book is entertaining and contains plenty of laugh out loud moments and heartfelt ones.” Bookbub review

“Karen Grey has a lovely, deft touch with her characters, the plot, and with the world she's created.” Bookbub review

“I need more! This series is amazing!” Bookbub review 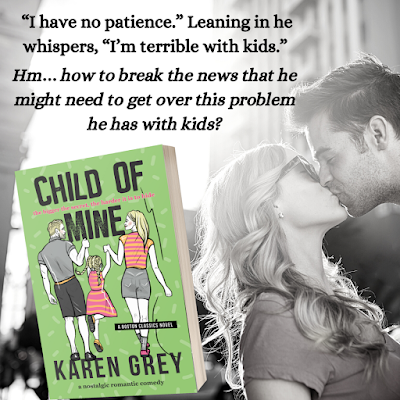 Hey, I’m not one to look a gift horse in the mouth, so I nod and let this gorgeous wisp of a woman grab my hand—hers small in mine but surprisingly strong—and tug me toward a door I hadn’t noticed before.

“Where are you taking me?”

Her eyebrows waggle, making her more Goldie Hawn than Cheryl Tiegs for a moment. “Wouldn’t you like to know?” She presses a finger to my lips, setting off an electric buzz that zings directly south.

You’d think six months as a page giving tours of this iconic New York building would mean that I knew all her secrets, but Izzy—I still can’t believe that it’s her, the girl that literally gave me my first wet dream—leads me through hallways I didn’t know existed. Sparingly lit with bare bulbs, our shadows are long on the stained concrete. “How did you know about this back route?”

She slips me a secret smile. “I’ve worked here a long time.”

“Right out of school, huh?” If she’s my age, a long time can only be a couple years.

“Pretty much.” Her eyes shutter briefly, but she grips my hand more firmly. “Almost there.”

A metal door leads us to a loading bay, which opens into the scene shop. Now I know where we are. She picks up the pace as we cross the enormous space. When we reach the other side, she bites her lip and tries a door that I know leads to the costume shop. “Damn. I thought maybe we could cut through. We’ll have to go another way.”

“If you tell me where we’re headed, maybe I can help. I used to be a page.”

“Where do you work, anyway?”

“Never mind.” Tugging on my hand again, she pulls me toward the door that leads back into the public realm. In the small reception area outside the shops, we run into a security guard. He flicks a questioning gaze at me. “Everything all right, Miss?”

The smile she flashes the older man is respectful but familiar. “All good, Charlie. I’m just picking up a couple things.”

He purses his lips as he gives me another assessing look. “You take care of yourself, sweetheart.”

He doesn’t say a word as she marches through the doorway to the dressing rooms—forbidden territory for tours. There’s a dummy dressing room that we’d show off, but I’ve never seen the real ones. Stars need their privacy.

“Are you on a show here?” I’m in the news division, and I rarely watch the other daytime or primetime fare the station churns out.

Her step falters, but she responds with a “Pfft. Just because I was on Boom for a season? Nah, I’m a—hang on.” She opens the door to an office, and reaches under the cushion of a chair. “People are creatures of habit. This is where Nancy always hides her… ah, got ’em.” She holds up a ring heavy with keys. “For a script supervisor who’s supposed to be on top of all the details, she’s super lax.”

“Are we breaking and entering?”

“It’s not breaking and entering if you have the key, is it?”

Moments later, she’s unlocking a dressing room door that, unlike the others we passed, isn’t labelled with an actor’s name. She flicks on a lamp instead of the overhead lights, tosses the keys on the counter, pulls me all the way inside, reaches around me to lock the deadbolt, and then crowds me up against the door until there’s nothing between us but fabric.

“You are something,” I say with what little air is left in my lungs, her touch amplifying the feeling that anything is possible.

“Shhh.” When she presses her index finger to my lips, I can only lean in to her touch. “I happen to know that this actress is leaving,” she whispers with a conspiratorial grin. “She’s all packed up and out of here, so let’s take advantage of that. As much advantage as humanly possible.”

This day just keeps getting better. 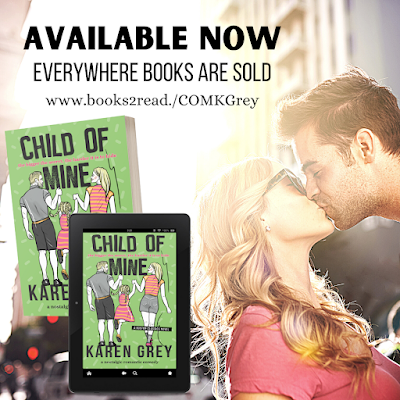