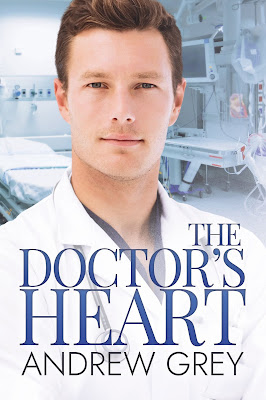 Blurb/Synopsis:
Rosco is an emergency room doctor with a daughter who relies on him. Between his career and family, he has little time for any type of personal life. But he finds himself flirting with one of the ambulance EMTs and, to his surprise, he gets flirted with right back.
Miguel is surprised the handsome ER doc even knows who he is. His own life is a little dull, but making eyes at Doc and getting a response supercharges his days. After he’s injured on the job, Miguel gets a firsthand look at Doc Rosco’s incredible bedside manner, not to mention the rest of him.
As the two men tentatively start exploring the attraction that has simmered for months, the head of medicine takes exception to their budding relationship. Pressure builds, and the two men must make decisions about their lives, their jobs, and the one thing that could make each of them happy… each other.
Book Links:

Miguel was determined not to look away, even though it was likely that disappointment was written all over his face. For the last few weeks, he’d been pretty sure that the two of them had this flirting thing going on. Every time he stopped at the hospital and saw Rosco, he could have sworn that the usually calm and collected ER doctor sort of lost it for a few seconds. Miguel had seen him fumble things. Not that anyone else would notice, but his typing speed shifted when Miguel was around. Usually it was a gentle patter, smooth and regular, but more than once Miguel had watched Doc Rosco stop and then nearly growl as he had to go back to make corrections. And that wasn’t all. Miguel had seen the way Doc would pause, just stop for a second, to watch him.

Yet, maybe all of that was just his imagination. After all, they had been in high school together, in the same gym and algebra classes. Maybe Rosco was just trying to remember where he knew Miguel from.

He shifted his attention to where Connie and Juan were playing in the shallow pool. A number of kids had started playing some sort of game with a ball and seemed to be having a great time. Next, he shifted to where Rosco and his daughter were playing in the wading pool. Doc’s skin was fair, perfect, almost alabaster, and Rosco was thin, but damn, Miguel loved the smile he had on his lips when his daughter laughed and splashed him. Then he lightly splashed back at her, and soon he had her in the air before setting her back in the water. His daughter ran off to play with some of the other kids, and Doc Rosco returned to his seat, watching her closely.

“Posey, just a few more minutes,” he said gently before sitting back down, pulling a can of sunblock out of his bag. She hurried over, and Rosco dried her off and then rubbed on more sunblock before letting her scoot off to play. “She and I have to practically bathe in the stuff or else we turn into lobsters.” Doc swallowed hard, and Miguel would have sworn he was looking at his chest.

“I make the kids wear it too. Doesn’t matter how dark you are, the sun can still burn.” He sat back, watching Doc settle in his chair. Rosco drank most of the soda in a few gulps and got out a juice box. The little girl hurried over and drank some before going to back to her game. “How old is she?”

“Five,” Rosco answered. “Her mom wanted to have a child, and she was my best friend. She and her partner at the time had decided to try for kids, so they asked me to be the father. Ya know.”

Suddenly the lights clicked on, and Miguel smiled and leaned forward. What Rosco was saying grew way too interesting, and the temperature rose five degrees in seconds.

“Luck held, and Nicole got pregnant the first time, which is sort of a miracle. Then six months later, her partner decided that she really wasn’t up to being a mother. There were too many responsibilities that she couldn’t handle. Nicole went on like the rock she always was and had Posey.” Doc smiled at his daughter and they shared a wave.

“I take it that isn’t the end of the story,” Miguel prompted, shifting closer a little, drawn by the pain in Doc’s huge blue eyes. At work, those eyes were guarded, but here, right now, they were open and vulnerable. It was attractive and heart-touching at the same time.

Andrew grew up in western Michigan with a father who loved to tell stories and a mother who loved to read them. Since then he has lived throughout the country and traveled throughout the world. He has a master’s degree from the University of Wisconsin-Milwaukee and works in information systems for a large corporation.
Andrew’s hobbies include collecting antiques, gardening, and leaving his dirty dishes anywhere but in the sink (particularly when writing)  He considers himself blessed with an accepting family, fantastic friends, and the world’s most supportive and loving partner. Andrew currently lives in beautiful, historic Carlisle, Pennsylvania.
Author Links:
Amazon Author Page
Barnes and Noble Page
Dreamspinner Press

Facebook Group All the Way with Andrew Grey
Goodreads
Twitter @andrewgreybooks
Website
For Other Works by Andrew Grey:
(Please Be Sure To Stop by His Website to See All of His Works)
Hosted By: 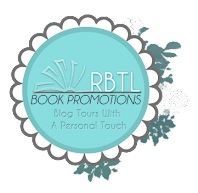