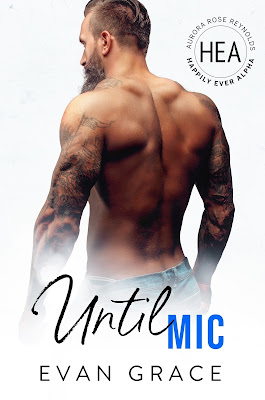 Michael “Mic” Griffin is feeling restless. He’s watched all of his brothers succumb to the BOOM, but it’s not for him, or is it? When the wives and girlfriends of his brothers decide to take him to Teasers for his birthday, that one night will change his life forever.
The moment he sees Quinn, he recognizes her immediately as the girl he spent an amazing weekend with while he was on leave eleven years ago. When they meet to talk, she throws him for a loop—they have a daughter, and she’s the identical twin of her beautiful mother, and it’s love at first sight.
As Mic spends time with Quinn and Maci, he begins to fall deeper in love with both of them but when a threat presents itself, he’ll stop at nothing to protect his girls—from anyone that tries to take them away from him.
Quinn Hughes has done everything in her life for her daughter. Being a single mother has been hard, but she’d do it all over again for her girl. The night she runs into Michael again she’s so happy to finally be able to tell him about their amazing daughter—to her pleasure he wants to know Maci and jumps headfirst into parenthood.
Until Mic, Quinn didn’t think happy endings existed for her, but as the three of them head toward theirs, a threat from her past tries to tear theirs apart—one thing they don’t know is that Quinn is a fighter, and that’s what she intends to do for her family.
Until Mic is part of the Aurora Rose Reynolds's Happily Ever Alpha World. If you loved Until July, then you will want to read Until Mic. 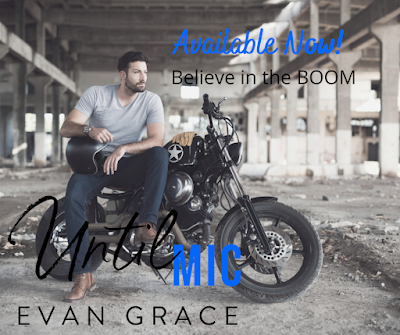 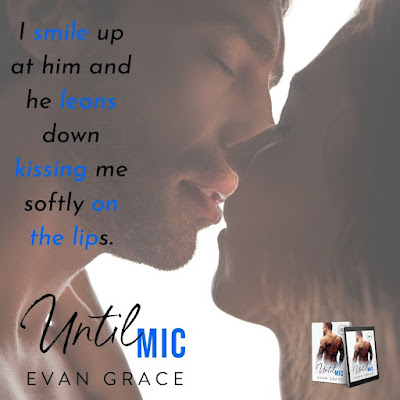 AUTHOR BIO:
A Midwesterner and self-proclaimed book nerd, Evan has been an avid reader most of her life, but one day an idea came into her head and a writing career was born. She’s a sucker for happily ever afters and loves creating fictional worlds that others can get lost in. Evan loves putting her characters through the ringer, but loves when they get to that satisfying, swoony ending.
When the voices in her head give it a rest, she can always be found with her e-reader in her hand. Some of her favorites include, Aurora Rose Reynolds, (the queen) Kristen Ashley, Joanna Wylde, Madeline Sheehan and Harper Sloan. Evan finds a lot of her inspiration in music, movies, TV shows and life.
She’s a wife to Jim and a mom to Ethan and Evan, a cook, a tutor, a friend and a writer. How does she do it? She’ll never tell.
AUTHOR LINKS:
FACEBOOK
INSTAGRAM
WEBSITE 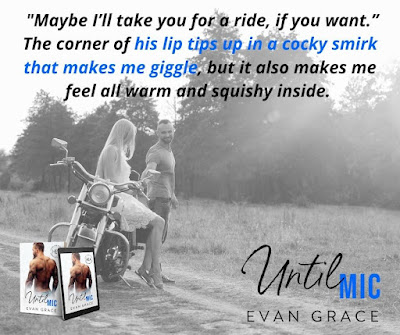 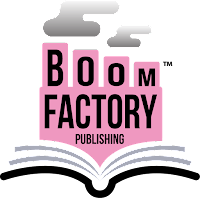 Aurora Rose Reynolds and her husband, Sedaka Reynolds, created Boom Factory Publishing to use their experiences to expand and promote upcoming and existing indie authors.
With over five years in the industry, and millions of books sold worldwide, we know what it takes to become a successful author and we will use this knowledge to take our authors to the next level.
“As a successful hybrid author in this ever evolving industry, I know that you’re only as successful as the team that is promoting you!” – Aurora Rose Reynolds
BOOM FACTORY LINKS:
WEBSITE
FACEBOOK
INSTAGRAM
TWITTER 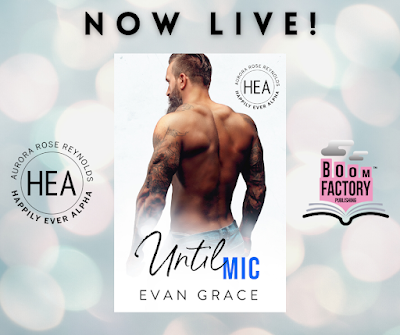