In a galactic mating contest where desire is deadly, the only guys she wants are the three she can never trust.

Interstellar Angel is an epic, hyper-sexy, MMMF reverse harem sci fi action romance and your gateway to the Astral Heat universe, where Star Wars meets 50 Shades by way of The Hunger Games. Laura Navarre delivers turbocharged outer space action with a fearless heroine, a cliffhanger series that ends with a guaranteed happily-ever-after, and a whole lot of heat. 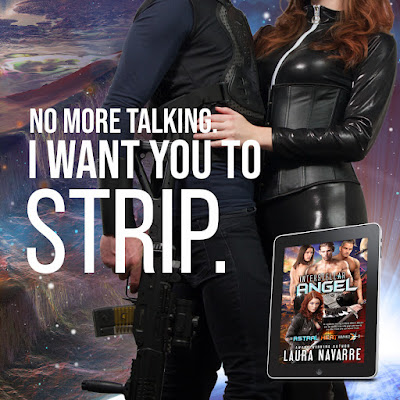 Get it on All Platforms:

A long time ago in a galaxy far away, Laura Navarre was an award-winning dark historical romance author for Harlequin, while her diabolical twin Nikki Navarre wrote sexy spy romance for Affluent Press. In a daring bid to escape a global pandemic, armed only with an MFA in Writing Popular Fiction, Laura voyaged through a wormhole to an alternate universe where she crafts turbocharged, epic, hyper-erotic science fiction romance starring three super-sexy heroes, one seriously kickass heroine and plenty of sleek, sizzling outer space action. 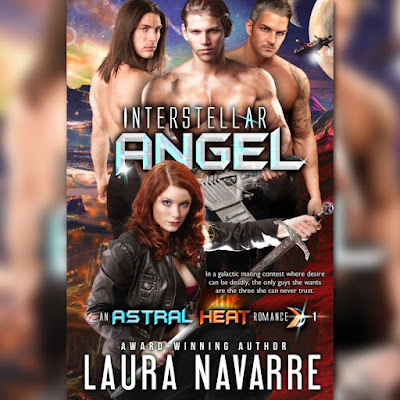