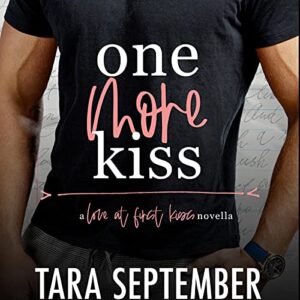 Step two: Kiss someone else to compare.

Once again, I bang on the connecting door to my dorm room, trying to be heard over the blaring music coming from the other side. My bestie should be living in that room, but no, she transferred to be with her boyfriend, and now I’m stuck sharing a wall with stupidly hot track star Cal Chase. My friends say I'm lucky, but his mere presence annoys me, along with his late-night music and the constant gaggle of giggly girls who visit. I’m the only one who can see right through that patented “Cal Charm”. He’s just another player, and I’m not game.

So, why the hell did I let him give me an out-of-this-world kiss under the stars the other night? It had to be the magic of the meteor shower. I can’t actually like him, right? I simply need to prove Cal’s stellar kiss was a fluke, and I know how to do it and in just three steps.

Should be easy, right?

Tara September is an award-winning... and losing contemporary romance writer living in Southwest Florida. Tara is proud to be the world's most okayest mom to clones (identical twin boys). When not writing out her daydreams, she blogs over at When Tara Met Blog @tarametblog, a lifestyle and parenting blog of 14 years. Holding a master's degree in journalism from NYU, she previously was the Corporate Communications Manager at WWE and PR Manager for The Walt Disney Company, Consumer Products. 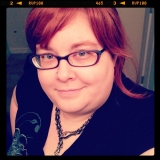 Harnessing a childhood steeped in storytelling and a deep love of the written word, with over 600 titles (and growing) under her belt, Hollie always strives to bring a wide range of characters to vibrant, compelling life, allowing for total immersion in the story. She is currently on the rosters of multiple major publishers like Podium, Tantor and ACX. 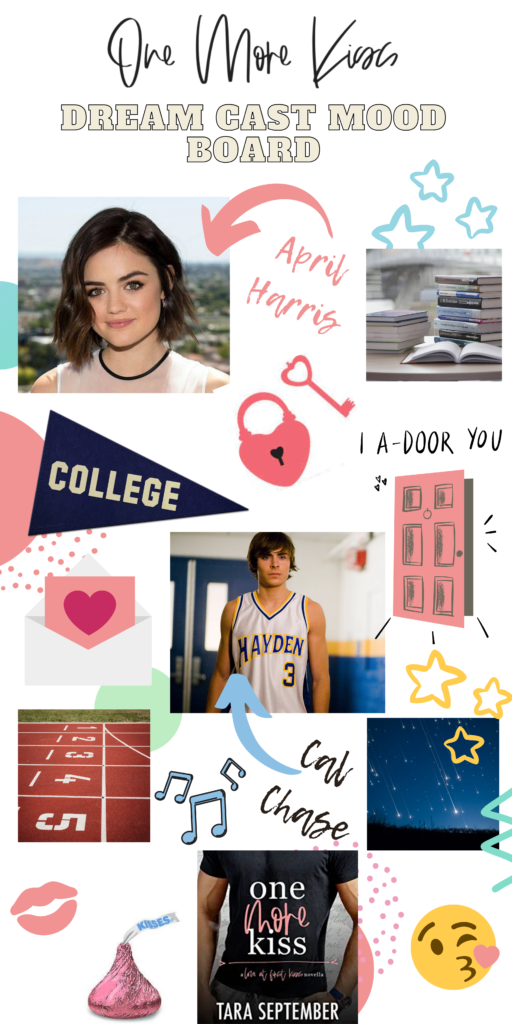 I pictured April looking like Lucy Hale with a short, sleek black bob when she bothers with her hair, but otherwise it’s a poofy mess ever since she cut her long hair to donate to Locks of Love. She also has sharp green eyes that drive Cal insane.
For her dormmate Cal Chase, I could see a young Zak Efron from 17 Again playing him. Since he is there on a track scholarship, Cal has a lean runner's body, but with some strong swimmer arms. His hair is stylish, but he’s not trying too hard either. To April though it always looks perfect, which is just another sort of annoyance for her, lol.
In the mood board you’ll see things like a Chocolate Kiss and a letter, both of which Cal leaves for April in apology to his loud music playing and to tease her after their first kiss out under the stars/meteor shower. Books are April’s passion and she’s an English major, thus the stack of books, which Cal offers his assistance with when she’s seen carrying them back to her dorm room and trying to open her door. And the lock and key is what separates their connected rooms…at least for a little while ;)