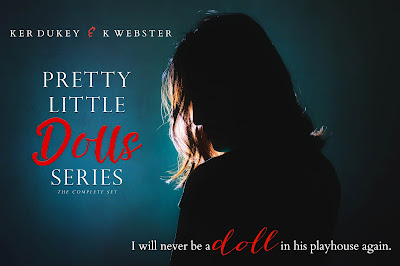 From authors Ker Dukey and K Webster comes the thrilling dark romance bestselling series, Pretty Little Dolls!
Four complete books.
One boxed set.
Have you ever had to make a decision that haunts you every single day for the rest of your life…the life you took back?
I have.
Seizing the opportunity to escape my tormentor, the man who stole my sister and me from the world, came at a devastating price.
I couldn’t take her with me.
Years of attempting to heal, accept, and finally start living, I dropped my guard down and let another into my heart. In doing so, I not only opened my soul to love, I also opened my world for him to darken it once more.
But I'm not that frightened girl anymore.
I've evolved into a fierce, strong woman.
I will never be a doll in his playhouse again.
I'll turn my pain into power, my fear into force.
His world will burn to dust and I'll rebuild mine from the ashes of it.
The Pretty Little Dolls series is a dark, crime thriller romance series that might be triggering to some. It's a complete fast-paced and page-flipping romantic suspense series that'll keep you guessing at every turn. This series includes Pretty Stolen Dolls, Pretty Lost Dolls, Pretty New Doll, and Pretty Broken Dolls. 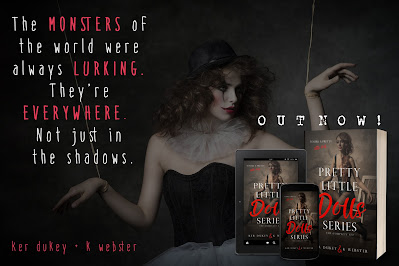 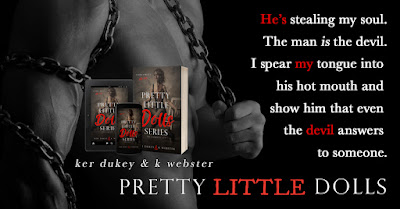 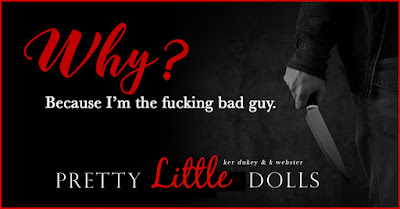 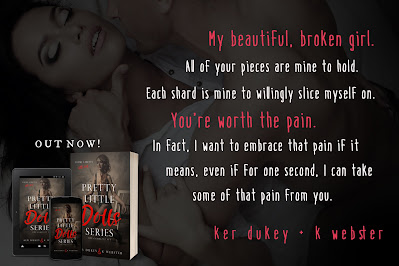 K Webster is a USA Today Bestselling author. Her titles have claimed many bestseller tags in numerous categories, are translated in multiple languages, and have been adapted into audiobooks. She lives in "Tornado Alley" with her husband, two children, and her baby dog named Blue. When she's not writing, she's reading, drinking copious amounts of coffee, and researching aliens.