Dr. Alicia Reese, a recent widow and a CODA – a child of Deaf Adults, takes on a new patient. Lucas Ferro reveals the reason for his consultation is that he wasn’t really open with his previous therapist. After gaining Reese’s trust, he shares aspects of his life that are clearly disturbing – experiences that create anxiety and panic, but also reveal horrifying psychopathology. Instead of referring Ferro elsewhere, Reese chooses to continue working with him, feeling reinvigorated by the challenge of his case.

As sessions progress, and Ferro’s disclosures become more menacing, Reese finds herself wedged between the cold hard frame of professional ethics and the integrity of personal truth – and learns just how far she’s willing to go, willing to risk and willing to lose to do the right thing.

Dr. Alicia Reese allows the reader to sit in on her sessions with a patient, Lucas Ferro. Usually what happens between a therapist and her patient are kept confidential. But it seems as if she wants us to know what is going on so that we may make our own conclusions about Mr. Ferro. And we get her impression and interpretation to help us.

I enjoyed how the author set up her “chapters” or should I say sessions. But besides the sessions, we get a peek into her life once she meets her latest client. If you like a book where you can immerse yourself into what is going on than you might enjoy this book. I’m a reader that’s all about the romance but every once in a while I like to stretch my comfort zone. And boy am I glad I did.

It’s hard to believe that I almost didn’t read this book. When the request to review came into my inbox I almost hit the delete button. But once I read the blurb I decided to take a chance. Once I got the book, the physical copy, I read the back of the book and read the little blurb next to the author’s picture. Found it interesting that she had something to do with one of my favorite franchises. I could see this book being a part of the series.

Would I read this book again? Yes I would. One thing I might do differently now that I’ve read it once is wait for the month of June and start again. Then instead of reading chapter after chapter, I will follow the dates that coincide with the sessions. I might have to write myself a note because once I read the first session I will automatically want to continue instead of waiting for the next session date. But then I realized that there will come a time where a stretch of time will pass until I can read again and that’s when I decide this might be a bad idea. Especially when I get to the ending that feels like this story isn’t over yet.

The light slowly filtered in from the other room as I opened the door. This was the last moment of the unknown, where two strangers meet and a life story begins.
Most times, I've no idea which seat in the waiting room a new patient will choose. Sometimes, though, I can make a good guess from the initial phone call.
Usually, the depressed patient, feeling weak with fatigue, sits in the first seat available, whereas the anxious person, eager to feel relief, selects the seat closest to the consultation room.
Not that it really matters. There are only six chairs in my waiting room.
“Mr. Ferro?” I rolled my neck around the waiting room. Then checked my watch. Eight o'clock on the dot. Seeing no one, I pressed my lips together. Did I make the appointment for eight or eight fifteen?
I left the door ajar, walked to my desk, and re-checked my schedule. I slid my finger down the Monday, June 5th grid in my appointment book to the eight o’clock hour, and there was his name: Lucas Ferro. He’d be my last appointment of the night.
Okay, it’s for eight o’clock.
Maybe he’s running late.
While I waited, I reviewed my notes from my telephone conversation with Ferro. I opened the crisp manila file and heard a shuffling, then a sputtering hiss of air in the waiting room. I turned toward the sound, unsure of what it was.         A magazine falling on the floor?                                                                                           The air conditioning shutting off?                                                                I
listened for another moment or two and, hearing nothing more, went back to my desk.    My office suite was a beautiful setting and one I didn’t mind spending so many hours in. The waiting room, a spacious rectangle, was lined with several Ficus trees and exotic plants, paintings from local artists, and burled wood furniture contemporary in design. The thickly upholstered leather chairs were caramel in color, and the teal-flecked carpet stretched from wall to wall. The vaulted ceiling housed three skylights, flooding the room with an abundance of natural light.   My consultation office was just as large, and there was ample room for my desk, two chairs, and the proverbial psychoanalyst's couch–and of course, an etched nameplate on the door: Alicia Reese, Ph.D. Psychologist.                                         Across from the built-in bookcase was a long picture window overlooking Oyster Bay. At this time of night, the evening sunset gleamed across the water, layering the inlet with a silvery orange hue.   I turned my attention back to the Ferro file, and I heard it again.
Thumping movements.
Hissing sounds of air.
Then silence.
“What is that?” I asked aloud with growing curiosity.
I'd been working in this building fifteen years and knew all its creaks, thuds, and mechanical whirrs. But I couldn’t decipher these sounds. They weren’t familiar.
I tapped my pocket, confirming the presence of my panic remote. In all the years I’d been in practice, I never found a need to use it.
I got up from my desk and moved toward the door that led to the waiting room. An emerging sense of uneasiness took hold. I heard a hollow voice say something I couldn’t catch and then trail off. 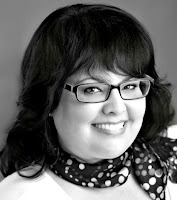 Deborah Serani is an award-winning author and psychologist who has been in practice for thirty years. She is also a professor at Adelphi University and is a go-to media expert for psychological issues. Her interviews can be found in Newsday, Psychology Today, The Chicago Tribune, The New York Times, The Associated Press, and affiliate radio programs at CBS and NPR, among others. Dr. Serani has also been a technical advisor for the NBC television show, Law & Order: Special Victims Unit. The recurring character, Judge D. Serani, was named after her.