The small dining room table had a pile of mail. I’d had Dad’s mail forwarded to my house, so mostly it was just catalogs and junk. Once a month, Mrs. Cascio sent me everything that arrived, even though I’d told her it wasn’t necessary. I mindlessly fingered through the pile, not expecting to see anything worth keeping. But I stopped at an envelope addressed to me—well, not me, but Luca Ryan. That was a name I hadn’t heard in a long time. In second grade, my teacher, Mrs. Ryan, started a pen pal writing program with a small town in England. We weren’t allowed to use our real last names for safety reasons, so the entire class used her last name—hence I was Luca Ryan. I checked out the return address for the sender’s name.
G. Quinn
Wow, really? It couldn’t be.
I squinted at the postmark. It was from a PO box in California, not England, but I didn’t know any other Quinn other than Griffin. And the handwriting did look pretty familiar. But it had been close to eight years since we’d exchanged letters. Why would he write now? Curious, I ripped it open and scanned right to the bottom of the letter for the name. Sure enough, it was from Griffin. I started at the beginning.

Do you like scotch? I remember you said you didn’t like the taste of beer. But we never did get around to comparing our taste in hard liquor. Why is that, you might ask? Let me remind you—because you stopped answering my letters eight damn years ago. I wanted to let you know, I’m still pissed off about that. My mum used to say I hold grudges. But I prefer to think of it as I remember the facts. And the fact of the matter is, you suck. There, I’ve said it. I’ve been holding that shit in for a long time. Don’t get me wrong—I’m not obsessive or anything. I don’t sit in my house thinking about you all day long. In fact, there have been months that go by when thoughts of you don’t even enter my brain. But then some random thing will pop into my head out of the blue. Like I’ll see some kid in a pram eating black licorice, and I’ll think of you. Side note—I’ve tried it again as an adult, and I still think it tastes like the bottom of my shoe, so perhaps it’s that you just have no taste. You probably don’t even like scotch. Anyway, I’m sure this letter won’t find its way to you. Or if by some miracle it does, you won’t answer. But if you’re reading this, you should know two things.
1. The Macallan 1926 is worth the extra cash. Goes down smooth.
2. You SUCK.

What in the hell? 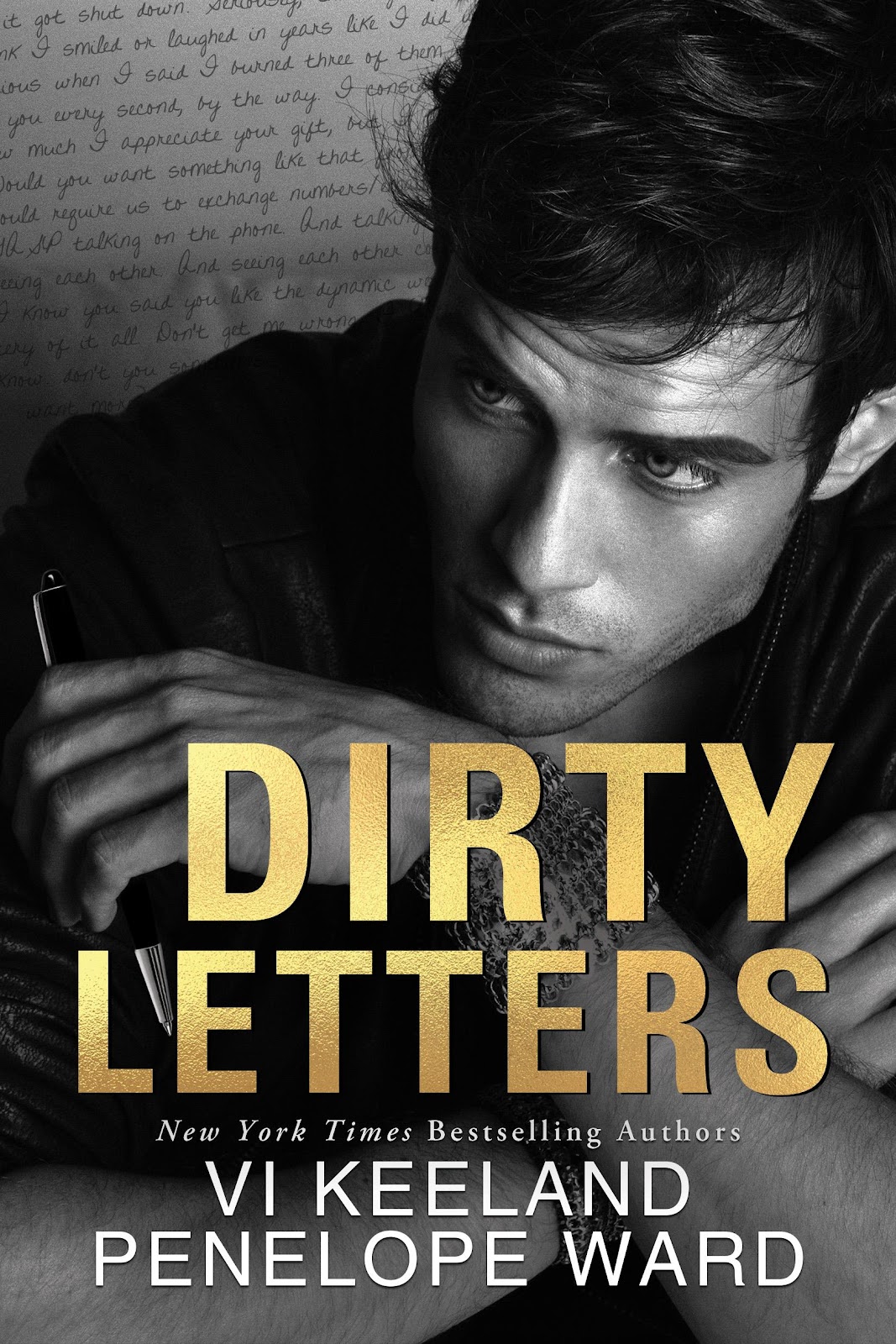 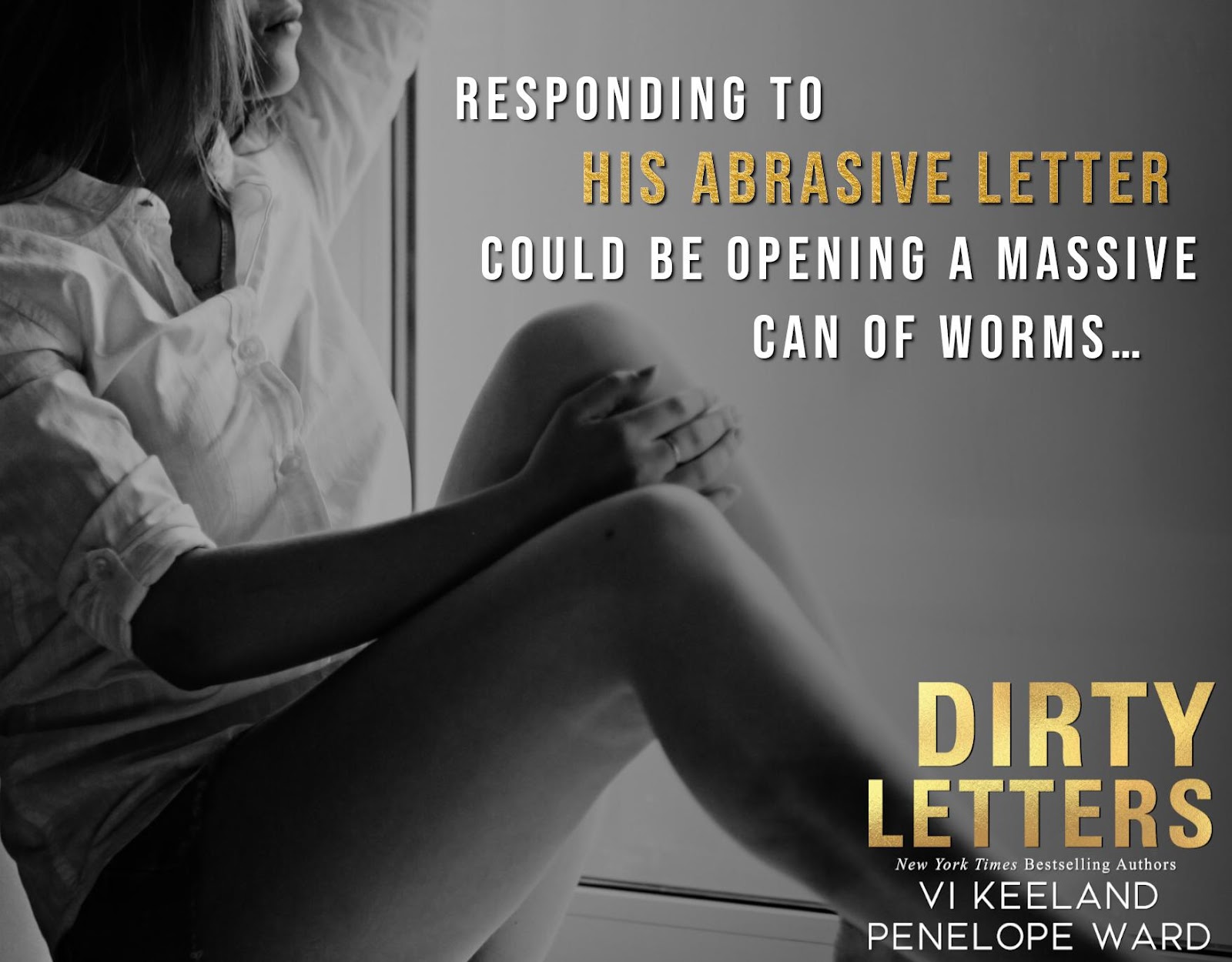 Griffin Quinn was my childhood pen pal, the British boy who couldn’t have been more different from me. Over the years, through hundreds of letters, we became best friends, sharing our deepest, darkest secrets and forming a connection I never thought could break.

Until one day it did.

Then, out of the blue, a new letter arrived. A scathing one—one with eight years of pent-up anger. I had no choice but to finally come clean as to why I stopped writing.

Griffin forgave me, and somehow we were able to rekindle our childhood connection. Only now we were adults, and that connection had grown to a spark. Our letters quickly went from fun to flirty to downright dirty, revealing our wildest fantasies. So it only made sense that we would take our relationship to the next level and see each other in person.

Only Griff didn’t want to meet. He asked that I trust him and said it was for the best. But I wanted more—more Griff, in the flesh—so I took a big chance and went looking for him. People have done crazier things for love.

But what I found could change everything.

Vi Keeland is a #1 New York Times, #1 Wall Street Journal, and USA Today Bestselling author.   With millions of books sold, her titles have appeared in over a hundred Bestseller lists and are currently translated in twenty-five languages. She resides in New York with her husband and their three children where she is living out her own happily ever after with the boy she met at age six.

With over two million books sold, she is a 21-time New York Times bestseller and the author of over twenty novels. Her books have been translated into over a dozen languages and can be found in bookstores around the world.

OTHER BOOKS BY VI KEELAND AND PENELOPE WARD:

OTHER BOOKS BY VI KEELAND Worth the Fight:
Amazon:
https://fave.co/2HuEHDI

Worth the Chance:
Amazon:
https://fave.co/2HvOwBl

Worth It All (Complete Fighter Series):
Amazon:
https://fave.co/2YHAxOw

Belong to You:
Amazon:
https://fave.co/2HwaNiB

Made for You:
Amazon:
https://fave.co/2HulnX4


OTHER BOOKS BY PENELOPE WARD: