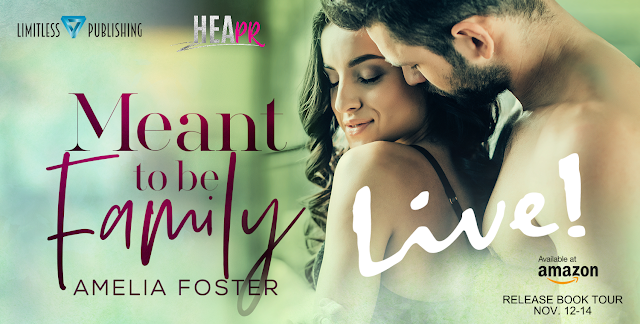 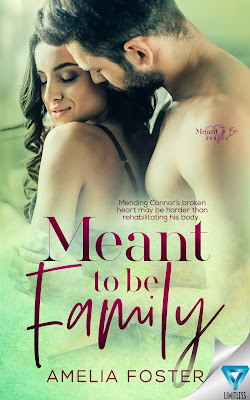 My dreams constantly haunt me, whether I’m asleep or awake.

Six months ago, my life veered off course when my fiancée disappeared with no explanation.

The partying lifestyle I'd adopted to cope, ended in an accident that left my body as broken as my heart. To make matters worse, I’ve managed to run off countless physical therapists in charge of the in-home rehabilitation I need to get me back on my feet.

My last chance at staying in my own house is gift-wrapped in wavy, auburn hair and startling gray eyes.

The woman that shattered my heart.

Kelsey is the only one left to help heal my body. And her unexpected arrival brings with it the opportunity to ask the countless questions I thought I’d carry forever.

But her answers only create a new mountain to overcome, one I never imagined.

Now, more than ever, I need to prove to Kelsey that despite everything, we are meant to be a family... 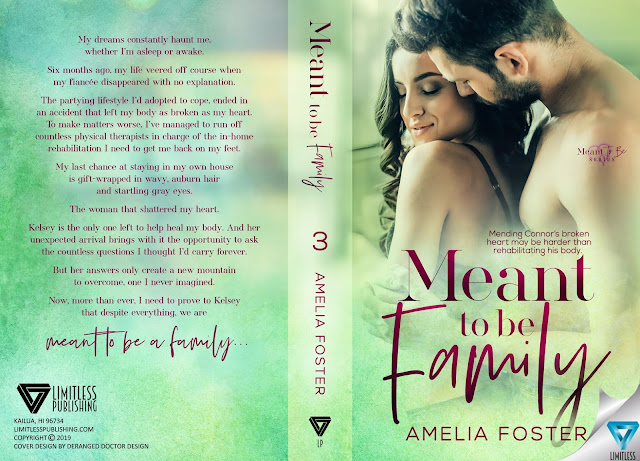 Pulling up in front of
the brick ranch she once called home was harder than she’d prepared herself
for. But knowing what lay on the other side of the door nearly killed Kelsey
Donovan from the moment Connor’s file first crossed her desk.
Owning a rehabilitation
and physical therapy practice in a “little big town” like Asheville meant that
she knew many of her clients personally in addition to professionally.
Especially when her fiancé happened to be a member of one of the most respected
families in the area and well known to just about everyone.
Ex-fiancé, she corrected herself.
The sharp slice of pain
that hadn’t dulled in the slightest over the past six months since she left
pierced her heart once more. Connor Carlisle was the man she’d dream about when
she was an eighty-year-old spinster adopting her fourth cat.
She’d never stop loving
him. That was an impossibility.
The first night she’d
snuck into the hospital to see him after his surgery had nearly destroyed her.
More than the stitches across his forehead and the bandages bulging beneath the
sheets, the frosted blond spikes that replaced the once medium brown hair that
used to fall into his eyes and the ink peeking out from beneath his hospital
gown attested to the fact he had changed. Moved on.
That thing she wanted
him to do when she packed her bags and left her diamond ring glittering on the
kitchen counter.
She sucked in a deep and
stepped out of the SUV, rounding the hood to pull out her duffel bag packed
with supplies and equipment. The icy January air stole her breath. Connor’s
insurance covered exactly one at home physical therapy company, Donovan
Rehabilitation. The very same one he had helped her design the layout for when
she first opened her doors more than two years ago.
Tears burned in the
corners of her eyes. He’d been her rock and the best cheerleader she could have
ever imagined. And he deserved the best. Everything he dreamed of. Which meant
she had to leave, even though it shattered her own heart.
The fingers holding her
keys twitched as she stood in front of the etched glass of the oak door, the
one that would open it long removed from the ring. Instead she reached over to
press the doorbell. The light tinkling she heard echoing inside offered a fresh
prick of pain remembering when they installed it and Connor’s teasing that it
sounded like a fairy taking flight.
Wheels rolling across
the hardwood entry nearly unraveled the small measure of composure she managed
to wrap around herself. Connor in a wheelchair was a sight she wasn’t sure she
could handle. Reviewing his file had nearly destroyed her, knowing everything
he’d gone through. The pain he was in.
All of which culminated
into him dismissing three other therapists and leaving her other two employees firmly
refusing to even attempt to care for him based on the attitude described by the
others.
He was miserable.
Grumpy. Angry. And taking it out on whoever he could find until the only one
left to oversee his therapy regimen was her.
The last person on earth
she was sure he’d want to see.
Her suspicion was
confirmed when he swung the door open and barked out a laugh. He closed his
eyes for what seemed like an eternity and opened them again, narrowing them
into slits. “This is a joke, right?”
Just looking at him
shredded her. His cheeks were pale. Dark circles rimmed his lower lids. The
sapphire eyes that damn near hypnotized her from their first meeting were void
of all their sparkle.
Kelsey took a deep
breath. “Afraid not. Your insurance only works with one facility for at home
care and you managed to run off every employee I have.” She shrugged and held
out a hand helplessly. “Now you have two options: me or in-patient rehab.”
Throughout their six
year relationship Kelsey had come to expect a calm and composed Connor. He was
tender hearted. Generous. Compassionate. And the exact opposite of the snarling
man who spun his wheelchair around and rolled off uttering a string of curses
far more colorful than she’d ever heard leave Connor’s mouth before.
She stared after him for
a moment before stepping inside and closing the door.
This
was on her. A fact she owned and one she could never reveal.

Start the MEANT TO BE SERIES: 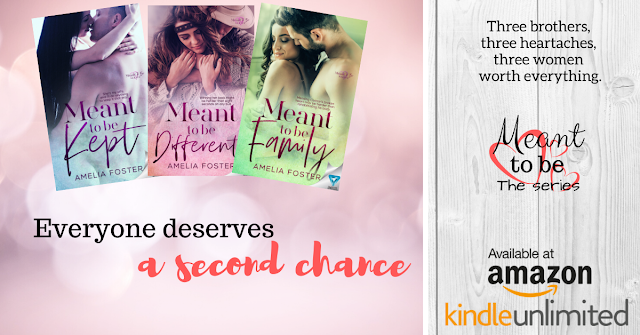 Enter to win coffee & a book! 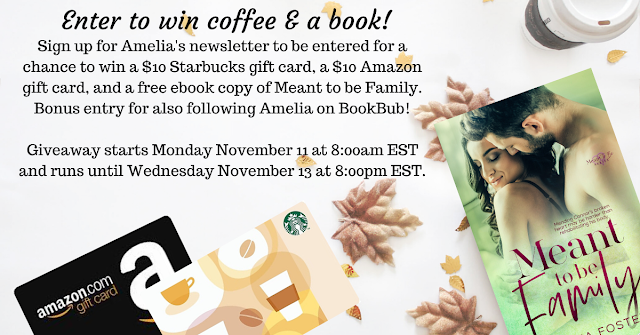 Head on over to Amelia Foster's Facebook page to enter!
https://www.facebook.com/AmeliaFosterAuthor/

A simple girl born in the South, raised along the Eastern seaboard, now in the wintry North who loves books, coffee, and fluffy cuddles from all the fur babies whether they are hers or not.