Although beautiful young widow Phoebe, Lady Clare, has never met West Ravenel, she knows one thing for certain: he’s a mean, rotten bully. Back in boarding school, he made her late husband’s life a misery, and she’ll never forgive him for it. But when Phoebe attends a family wedding, she encounters a dashing and impossibly charming stranger who sends a fire-and-ice jolt of attraction through her. And then he introduces himself…as none other than West Ravenel.
West is a man with a tarnished past. No apologies, no excuses. However, from the moment he meets Phoebe, West is consumed by irresistible desire…not to mention the bitter awareness that a woman like her is far out of his reach. What West doesn’t bargain on is that Phoebe is no straitlaced aristocratic lady. She’s the daughter of a strong-willed wallflower who long ago eloped with Sebastian, Lord St. Vincent—the most devilishly wicked rake in England.
Before long, Phoebe sets out to seduce the man who has awakened her fiery nature and shown her unimaginable pleasure. Will their overwhelming passion be enough to overcome the obstacles of the past?
Only the devil’s daughter knows… 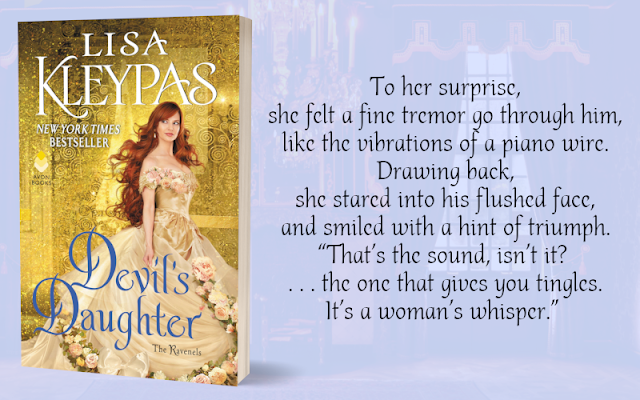 
“If you have any misguided thoughts about taking me into your bed, you would find it a vastly mediocre experience. I’d be on you like a crazed rabbit, and half a minute later the whole thing would be over. I used to be a proficient lover, but now I’m a burnt-out libertine whose only remaining pleasure is breakfast food. Speaking of which—”
Phoebe reached for him, brought herself up hard against him, and interrupted him with her mouth. West flinched as if scalded and held very still in the manner of a man trying to withstand torture. Undeterred, she wrapped her arms around his neck and kissed him as passionately as she could, touching her tongue to his stiff lips. The feel and taste of him was exhilarating. Suddenly he responded with a primitive grunt and his mouth clamped on hers, wringing sensation from her with demanding pressure. Forcing her lips apart, he searched her with his tongue the way she remembered, and it felt so good, she thought she might faint. A whimper rose from her throat, and he licked and bit gently at the sound and sealed their mouths together in a deep, insatiable kiss that involved his lips, breath, hands, body, soul.
Whatever it might be like to go to bed with this man . . . it would be anything but mediocre. 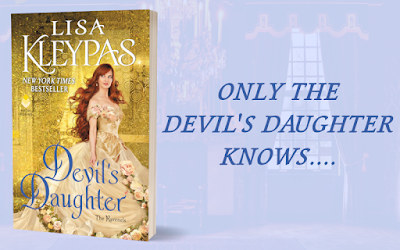 New York Times bestselling author LISA KLEYPAS graduated from Wellesley College with a political science degree. She is a RITA® Award-winning author of both historical romance and contemporary women’s fiction. Her novels are published in twenty-eight different languages and are bestsellers all over the world. She lives in Washington State with her husband Gregory and their two children.