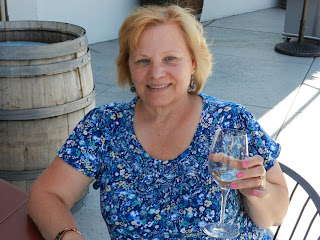 Debbie currently lives on the west coast with her husband and two dachshund rescues, Dash and Briar. She loves to hike, work in the garden, and on most sunny days you can find her enjoying her backyard with a glass of wine.

She’s an avid supporter of animal rescue, and as a pledge to all animals seeking their forever home, she happily donates a percentage of all book sales to local and national rescue organizations. When you purchase any of her books, you’re also helping animals. 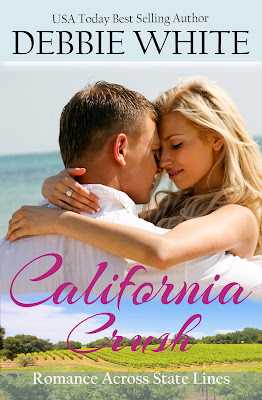 Breanna Murphy has been planning her wedding for years so when her fiancé runs off with a hula dancer, she is forced to realize her destination wedding is nothing more than an exotic vacation for one.
Trying to escape the embarrassment and disappointment of being jilted at the altar, Breanna answers an ad for a job clear across the country. When the voice on the other end offers her the job, she’s excited about what awaits her in California.
Builder Calvin Comstock must make right on his daughter’s mistake regarding the nationwide advertisement and hiring of Breanna. He doesn’t know what to expect, but when Breanna walks into his office with her infectious smile, peaches and cream complexion not to mention her sexy southern drawl, Calvin is happy for his daughter’s error.
Breanna is drawn to Calvin’s mature movie star good looks, charming personality, soft voice, and strong hands. She’s trying to stay focused on the job and not the overwhelming lure she feels pulling her in to test the waters. But when the two realize the attraction is mutual they throw caution to the wind and give in to the undeniable desire to be together.
Can an ex-wife and a teenage daughter spoil their happiness or will it make them stronger than ever?

Breanna pushed the shopping cart down the aisle, tossing in items and checking them off her list. This would be her first Thanksgiving dinner to host. Living in New Orleans near her parents, it was just a given she’d always go over there. Oh, sure, she’d help her mom prepare the oyster dressing or make the homemade cranberry sauce that she and her dad loved, but this was different. She was preparing dinner in her kitchen. Well, actually, Cal’s, but she knew they’d be sharing the house very soon, and her mom would be helping her.
She’d just reached for a bag of sugar when she heard shouting and screaming. Her heart pounded in her chest as she tried to make sense of all the commotion. Just then, a woman with a little boy ran down the aisle.
“He has a gun,” she said, visibly shaken with tears in her eyes.
Breanna whirled around, looking at one end of the open aisle then whipped around and looking toward the other. She grabbed the woman’s hand and left her cart as they tiptoed to the far end, away from the sounds. She peered around the corner, keeping the woman and child behind her, then placed a finger to her mouth. “Shh. It’s going to be alright,” Breanna whispered as she focused on the terrified little boy with the biggest brown tear-filled eyes she’d ever seen.
“Follow me.”