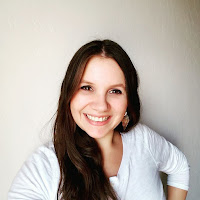 Sally Britton is a bestselling indie author, with four historical romance novels. She contributes to the Historical Hussies blog and teaches a young writer’s class at her local library. Sally received her BA in English from Brigham Young University. She’s always read voraciously and eclectically.

Sally started her writing journey at the tender age of fourteen on an electric typewriter and she’s never looked back. Sally lives in Arizona with her crime-fighting husband, four children, and their dog. She loves researching, hiking, and geeking out over her favorite books and movies.

A scarred and lonely viscount and an independent young woman are forced into an arranged marriage. What hope do they have for a happily ever after? 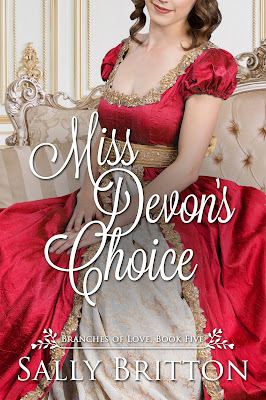 Rebecca Devon lives under the severe eye of her aunt and the iron will of her father. Though she wears what she is told and befriends the people they choose for her, she spends every moment longing to do as she wishes. Knowing freedom will only come through marriage, her hopes for a happy union are stolen away when her father arranges her marriage to a complete stranger.

Christian Hundley, Lord Easton, has learned the hard way that English society won't accept a person who looks or behaves differently than their ideal. He has hidden himself away from scornful eyes for years, until his aging grandfather takes matters in hand and finds Christian a bride. Knowing he must agree to the marriage, Christian shields his heart. If the whole of society cannot accept him, why should his bride?

Rebecca knows she must have love in her life, but Christian is convinced there is nothing so fraught with danger and pain as entrusting one’s heart to another. Rebecca does everything she can to change his mind, but Christian is determined to remain aloof. Can an arranged marriage ever be anything other than a business partnership?

While this is the fifth book in the Regency romance series, Branches of Love, it can be read as a stand-alone romance.

They made it halfway around the lake before the first raindrop fell. Then there was another, and another, and tiny ripples began to grow and multiply on the lake’s surface.
Christian halted at last and glared up at the sky. He muttered a string of words in Italian, which nearly made her smile. Obviously that language slipped from him in moments of distraction, or high feeling. She wondered which this was.
“You shouldn’t have followed me,” he said, meeting her eyes. Instead of the cold look from before, she saw distress in them.
Rebecca shrugged, breathing heavily after the unusual exercise. “It is only rain.”
A crack of thunder sounded loudly overhead, followed closely by a bolt of lightning flashing in the distance. Rebecca ducked down and covered her ears. A ridiculous, childish response, but her heart had jolted and now raced faster than it had during her run.
Christian looked about them, but there was nothing other than pastureland. He muttered curses, which were pretty unmistakable given that they were in both English and Italian.
“I should’ve made you go back,” he growled over the sound of the rain, and the wind which began to pick up. He turned back the way they’d come. “The boathouse. It’s closer than the main house—” Another rumble of thunder interrupted him.
“There’s something closer,” she nearly shouted, pointing at the trees. Rebecca lifted up her skirts much higher than was proper, preparing to run again.