Once Upon An Alpha Presents: Revenge On The Rocks by Jenna Jacob; #BlogTour, #NowAvailable, #OutNow, #Review

When Gina Scott kicks the town bully out of her bar, Nate Grayson glimpses the fragile woman under her tough façade. Though he wants her, she’s twelve years his senior. She’ll never take him seriously, right? Wrong. That night after closing, he loses his virginity—and his heart—to her. Since they live in a small town and tongues wag, Gina insists they keep their relationship a secret. He agrees…for a spell. But six months later, Nate is ready to tie the knot.

After an abusive marriage, Gina Scott diligently protected her jaded heart for a decade. But after just one night, Nate burrows under her defenses. He might be inexperienced, but he’s all Alpha and more than capable of turning her inside out. She aches to surrender her heart and say yes to their future…but she’s keeping a dark secret—one that would destroy the happily ever after Nate deserves. She resolves to enjoy their shared pleasure for as long as it lasts while bracing for the day he walks away.

But before he can convince Gina they belong together, an evil from her past unleashes his terrible revenge. Will she ever have the chance to tell Nate that she’s been in love with him all along?

Amazon US I Amazon UK I Barnes & Noble I iBooks 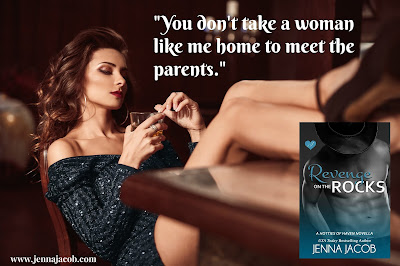 Gina Scott is her own boss.  Nathanial “Nate” Grayson is a man of principle.  He has one brother that’s protective and another that cracks me up.  I look forward to seeing more of the Grayson brothers.

This is a May/December romance but in getting to know the characters, the only time I see the difference of ages is when the characters themselves bring it up.  By adding in some suspense the author found a way to grab my attention.


Nate had spent the day rotating the horses on the family ranch to ensure that each child attending Camp Melody—a respite for terminally ill and special-needs kids—would have a fresh mount. Though it was early April, the day was unseasonably warm. He’d worked up a hell of a sweat saddling, unsaddling, and grooming the steeds. When dinner was done, he’d been anxious to grab a shower and head into Haven. But brothers Nash and Noble had seized both bathrooms, forcing Nate to wait an extra thirty minutes to scrub the scent of horse and sweaty grime from his body.

It wasn’t until he hit town and pulled to a stop in front of the Hangover that anticipation and excitement replaced the lingering annoyance he’d felt toward his brothers. After pocketing his keys, Nate strode toward the bar, beyond ready to lay eyes on the sexy woman he’d been dreaming about all day…Gina.

But when he stepped through the door to find hiswoman wrapped in the arms of his twin brother, rage born of jealousy erupted within. As he watched Noble place a kiss on the top of Gina’s head, a fire of pure possessive rage thundered through Nate’s veins.

“Get your fucking hands off her,” he bellowed, eating up the floor in long, angry strides.

“Uh-oh.” A mischievous grin lit up Noble’s face, followed by a playful wink. “I think we’ve been caught, darlin’.”

Logically, Nate knew his brother was simply baiting him, and that Gina had absolutely no interest in his twin. Emotionally, none of that mattered. Noble had crossed the line and Nate was three seconds away from pounding his twin to dust. Nate and his five siblings had grown up teasing, tormenting, and ultimately beating the hell out of each other on a regular basis. He’d whooped Noble’s ass plenty of time and could damn well do it again.

“Caught? Caught doing what?” Gina blanched. She peeled out of Noble’s grasp, landing a sharp elbow to his ribs. “Get your paws off me, asshole! I’m not one of your bed bunnies. And get the fuck out from behind my bar.”

Nate was proud of his feisty woman for taking his dickhead brother to task, but he still wanted to beat the bastard ugly for touching her. Noble’s grin only widened as he hurried around the bar and sidled onto the barstool alongside Nash, who was smirking.

As if sensing Nate’s rage, Gina placed her hand on his chest to placate him before flashing him a gentle smile. “Would you mind hauling out another keg from the cooler for me, please?”

“You know I wouldn’t.” He narrowed his eyes at Noble. “Touch her again, asswipe, and you die. Got it?”

All traces of humor left the man’s face. He raised his hands in surrender. “I was just messing around, lover boy. No need to get your tampon stuck sideways.”

His muscles grew taut. Grabbing Noble’s shirt, Nate hauled him up off his seat. Fury rippled outward as they faced off, nose-to-nose. “Mess around with someone else. Gina’s off-limits.”

“Chill out, man. Christ, I didn’t mean anything by it.”

Nate released his brother with a powerful shove and an evil glare.

Nash let out a low whistle and slapped Noble on the back. “You just got shit on.”

“Shut the fuck up, or I’ll shit on you,” he countered, smacking Nash upside the back of the head.

Ignoring his idiot brothers, Nate exhaled a ragged breath before locking his stare on Gina. The rage inside him instantly melted, replaced by the fiery hunger of demand. She flashed him a carnal smile, then turned and headed toward the back room. As he followed behind her, Nate’s stare was glued to the sexy sway of her ass. He moved in close behind her, Nate cupped her tempting orbs in both palms. Once they’d made their way around the corner, Gina abruptly stopped. Pivoting, she wrapped her arms around his neck and pressed in tight against his chest. Nate’s cock roared to life as her hard nipples scraped the flesh beneath his shirt. Gripping her ass tighter, he slanted his lips over hers, rocking his lengthening erection between her legs, and swallowed her gasp.

With a tiny giggle, she pulled back. A provocative smirk tugged her lips. “I missed you today, too.”

Lifting onto her tiptoes, she pressed her lips to his.

Nate had kissed her a million times. Still, every time his mouth met hers felt like the first. Sliding a hand to her strawberry-blonde curls, he fisted her mane and tilted her head back. He saw her mutual need, raw and scorching in her pale blue eyes…could practically taste the desire pulsing through her system. It was all the incentive he needed. Pressing his mouth to hers again, he delved desperately past her lips and swirled his tongue deep inside her heated wet silk.

USA Today Bestselling author Jenna Jacob paints a canvas of passion, romance, and humor as her alpha men and the feisty women who love them unravel their souls, heal their scars, and find a happy-ever-after kind of love. Heart-tugging, captivating, and steamy, Jenna’s books will surely leave you breathless and craving more.

A mom of four grown children, Jenna and her alpha-hunk husband live in Kansas. She loves reading, getting away from the city on the back of a Harley, music, camping, and cooking.

Meet her wild and wicked fictional family in Jenna’s sultry series: The Doms of Genesis. Become spellbound by searing triple love connections in her continuing saga: The Doms of Her Life (co-written with the amazing Shayla Black and Isabella LaPearl). Journey with couples struggling to resolve their pasts and heal their scars to discover unbridled love and devotion in her contemporary series: Passionate Hearts. Or laugh along as Jenna lets her zany sense of humor and lack of filter run free in the romantic comedy series: Hotties of Haven. 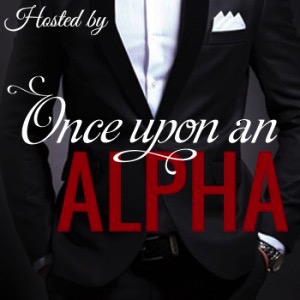