Disclosure of Material Connection:  I received this book for review from IndieSage PR and the author.  I was not compensated nor was I required to write a positive review.  The opinions I have expressed are my own.  I am posting this in accordance with the Federal Trade Commission's 16 CFR, Part 255:  "Guides Concerning the Use of Endorsements and Testimonials in Advertising".

Hale Wilder, aka the Anaconda of Wall Street, spent his childhood fighting to be the best to win his father’s love. He was the best student and the best athlete, who grew into a successful businessman and took the finance world by storm. Want to retire before you’re forty-five? He’s got you. Need your millions to be billions? He’s your man.
Young, rich, and powerful, Hale was unstoppable, until a company scandal destroys his reputation and threatens to bring down everything he’s bled for.
Becca Shields is the kickass public relations goddess spinning scandals to gold and launching has-beens into superstardom. She never expected to see Hale again—not following the humiliating night when her family caught them on the beach, barely clothed.
When Becca discovers Hale is in trouble, she can’t turn her back on the boy who was once her world and the man she never forgot.
Hale never thought he’d have another shot at greatness or with Becca. Now that he has both, he won’t let either go without a fight.

*NOTE* Although a part of a series, INFINITE can be read as a complete STANDALONE and features a new couple!

Becca Shields has a friend that she wants to be more than with. Hale Wilder learned a hard lesson in the past. Can a couple from the past reunite in the present? If you like a romance that comes with a second chance then this may be a book for your library.

With this story, the author goes about developing her characters and their scenes before she has us thinking relationships. One secondary character I enjoyed was Hale’s assistant – she’s an experience you will enjoy. Two more characters you will enjoy are Mason and Sean – one seems serious and the other will have you chuckle. Besides creating great characters she does a great job in creating the heat between our main characters as well as the tension that goes along with it. A mystery is revealed very slowly because she’s built the suspense first – she waited for the perfect moment before slowly unraveling things.

But will their past get in the way of what they could have now. Because of all the mystery surrounding Hale, he can use all the help that’s being offered. Becca is willing to do all that she can but I liked when she let her sassy side come out and play. One thing the author gave them in common was a family unit that was far from perfect. So they found a family elsewhere.

This may be part of a series but you could consider this a standalone. If you want a little background on our couple you may want to check out Inseverable. The setting is what these books have in common but little else. Kiawah Island actually exists so I may just have to add it to my bucket list. In the meantime, I can enjoy it from the comfort of my recliner or a nice spot on a beach somewhere. 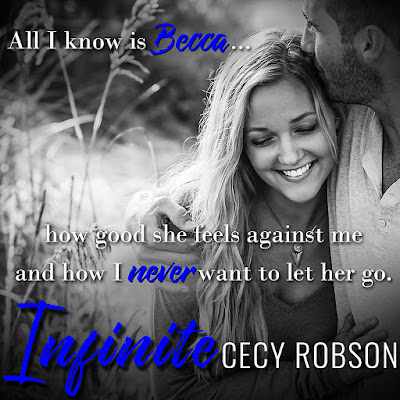 “What the hell, Becca?” Tiago says, laughing.
I laugh with him. Subtle is something I’ve never been accused of being in social circles. Why start now?
My laughter fades as his does. I turn in the direction he’s looking. No, not . . . uh-uh.
The quarterback, Zack Anson, strolls in, his confident smile cutting through the dimness. His team members scramble to attention, just short of bowing before him.
Tiago doesn’t bow. He doesn’t offer so much as a curtsy for his life-long best friend. Oh, no. He’s too busy eyeing Marilyn. Zack’s girlfriend.
I whip back toward Tiago, his chin briefly lowering before he takes a purposeful swig of his beer. “You’re in love with Marilyn?” I ask.
His eyes widen briefly before his frown returns. “Tiago . . . don’t go there,” I warn. “He’s your best friend—Jesus, so is she.”
Tiago doesn’t respond, returning dutifully to his beer. “Tiago?” I press.
“Tell me you won’t go there.
He shakes his head slowly. “You don’t get it, Becca. I loved her long before he did.”
And unlike Zack, I’m betting Tiago would have remained faithful.
I’m not certain whether to cry with or for him.
Vulnerability tends to come at the most inopportune times and when you least want it. Maybe it’s the atmosphere or the conversation we were just having, or maybe it’s the combination of innocence, beauty, and kindness Marilyn effortlessly carries. It could be all of it. Whatever does it, for the first time since I’ve known this imposing man (who’s always been comfortable letting his friend Zack take the spotlight, all the while guarding his back on the field), that vulnerability spills out.
“Tiago,” I say, searching for the right words and the compassion he needs. “Be careful. Even I can’t spin that.”
“There’s nothing to spin. I’m no fool. I won’t ever let anything happen.
No matter how bad I may want it.”
My eyes flicker towards Marilyn as she approaches, smiling. She’s happy to see Tiago, and maybe a little relieved. But there’s something else. A look she gives him that’s foreign from the way she looks at Zack. Damn. Maybe she loves him, too.
I slam back the rest of my drink and slip off the stool, greeting Marilyn briefly as she makes her way to Tiago.
Marilyn isn’t like the rest of the women who come here. She’s nice. It’s not to say the other women are heartless. They just have different priorities, like landing a Sugar Daddy and achieving WAG status. I don’t fault them, exactly. I suppose I just recognize that the fall-outs and the headaches outweigh the prestige and celebrity status.
As I near Zach (and yes, he does eye my rack), I can’t help but turn back to Tiago. There’s no scowl in his expression. Not with Marilyn near him and not given how softly she appears to speak to him. This isn’t a man looking to cheat with his best friend’s girl. This is a man in love with someone he can’t have.
“Hey, Becca,” Zach says. His focus once more darts below my chin. “I wanted to discuss the visit to the Children’s Hospital next week.”
I don’t hear his next few words, not when my attention latches on the flatscreen above his head.
It’s a media shit-storm. Camera lights creating a strobe affect as Hale Wilder is led into a courthouse in handcuffs.
Zach says something about footballs and autographs, but it’s all white noise, my full attention on the news anchor. “Hale Wilder, also known as the Anaconda of Wall Street by the way he puts the squeeze on the competition, was indicted on multiple charges of embezzlement and stock manipulation today . . .”
My body shudders, thinking back to that horrible night. No, sir, that’s not why he’s called the Anaconda.
“Becca? Are you listening?” Zach asks. “Hey. Are you all right?”
“Shit,” I mutter. My eyes sting with tears that shouldn’t be there. It’s over between us. All my screw-ups made sure of that . . .
“Becca? Sweetie, what’s wrong?” Marilyn asks.
Tiago is here, too, reaching for me as the doors to the courthouse slam shut behind the cluster of FBI agents escorting Hale. My heartstrings break apart and my stomach does another flip when I realize Sean is calling me.
“Becca?” Sean says, not bothering to greet me or wait for me to mumble a response. “Hale’s in trouble. Fuckin’ A, Becca. Are you there? Hale needs you . . .” 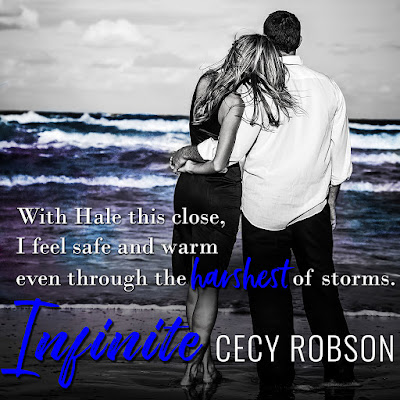 DON'T MISS THE OTHER BOOKS IN THE CAROLINA BEACH SERIES