Add to your TBR

Vampire Dante Gabriel is starving. What he craves is red gold—human blood. After being held captive as a blood slave to a female vampire for years, he has finally escaped. Unchained at last, he follows his nose to the nearest blood bank to sate his hunger.
ER nurse Erin Hamilton expects just another busy night shift…until she finds a gorgeous stranger vandalizing the hospital blood bank. Though her logic tells her to turn him in, she’s pulled by stronger and unfamiliar emotions to protect the man who seems oddly infatuated with her scent. Chemistry sizzles between them, but Dante, plagued by nightmares of his time in captivity, fears he won’t be able to control himself…especially when he discovers a secret she doesn’t even know she’s hiding. 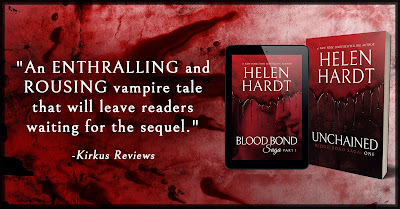 Dante Gabriel wants out of his current situation.  He’s angry about what’s been done to him but also confused about some of his behavior.  Erin Hamilton is all about saving lives.  She accepting of a lot of things but confused by some of her choices.

I loved how the author developed her story.  It reminded me of what I loved about the Dark Shadows series that I had to rush home from school to watch.  It’s a soap opera I’ve missed for a lot of years but I think I have found my replacement.  The story teases me with the budding connection between the main characters.  Dante is conflicted about what is going on.  And so is Erin.  It left me looking forward to the next part in this saga.  What’s going to happen next between these two?  I also want to know more about the secondary characters – what’s up with them.

Our author is good at her job – she grabbed my attention from the very beginning.  It’s a story that was a pleasant surprise – not read anything like this from her before.  She shows that she’s versatile and it’s worth your time to check out a series that you might not normally try. 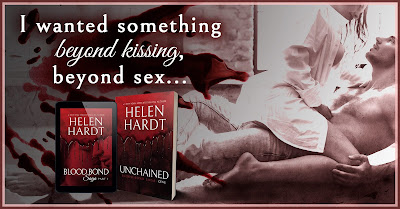 Dante Gabriel is angry. Someone has violated the woman whose scent has left him emotionally paralyzed, and he’s become unhinged. He vows to protect Erin Hamilton—mostly from himself.
Erin has other ideas. She’s determined to figure out the strange man who keeps leaving her aroused and unsatisfied. When she pushes Dante for answers, he goes looking for them himself. What he uncovers could put Erin in mortal danger, with him as her only salvation.

This story continues right from where Part I left off. So, you need to make sure to read the first book before reading this latest. It would be like skipping ahead in a story and missing the best part – the beginning.Dante Gabriel is still angry about what’s happening. He’s also trying to reconnect with family. But he’s keeping secrets – is he going to learn to let go. Erin Hamilton still works at the hospital and confused when it comes to Dante. She’s getting frustrated.I loved how the author continued to develop this story. This time she starts to develop the stories of some of her secondary characters. We get to know a little bit more about Dante’s sister Emilia. Something else she does is amp up the heat between Dante and Erin. She still gave me the soap opera feel where I have to rush to get my latest Blood Bond fix. The author has also written this one where there are lots of questions. Questions you have to keep turning the page to see if there’s been any type of answer. There was one scene that was hard for me to read because it brought back memories of something I went through with my Dad just last year – so things are still fresh for me. Other than that one part, I enjoyed this story immensely. But I was not happy with the ending. It left me hanging and impatient – how am I going to last until October when the next book in this Saga is scheduled to come out.

#1 New York Times and USA Today Bestselling author Helen Hardt’s passion for the written word began with the books her mother read to her at bedtime. She wrote her first story at age six and hasn’t stopped since. In addition to being an award winning author of contemporary and historical romance and erotica, she’s a mother, a black belt in Taekwondo, a grammar geek, an appreciator of fine red wine, and a lover of Ben and Jerry’s ice cream. She writes from her home in Colorado, where she lives with her family. Helen loves to hear from readers.