Charlotte Taylor has three automatic strikes in my book: 1) She hates me. She also claims that I’m a “domineering jerk with a huge, overbearing ego.” (I do have something huge. It’s not my ego, though.) 2) She takes our mandatory tutoring sessions way too seriously. 3) She’s sexy as hell…And a virgin.

At least, those were her strikes before our study sessions started lasting longer than they were supposed to. Until one innocent kiss became a hundred dirty ones, and until she became the first woman I ever fell hard for.

Our future together after graduation was supposed to be set:
Professional football for me. Law school for her.

But she left me at the end of the semester with no explanation, and then she completely disappeared from my life.

*This is a full length second chance romance, inspired by Adele’s “When We Were Young” 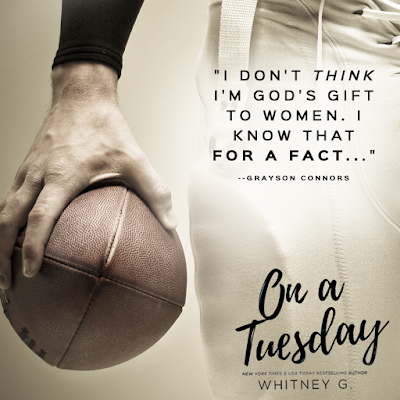 My Thoughts:
We have two people who could not be more polar opposites than Charlotte Taylor and Grayson Connors. They first meet their senior year in college. One is an academic and one a jock. It's hard to think that these two could in any way become friends let alone romantically involved. But our author shows that anything is possible and how tough it can be.Ms. G has me thinking that now preseason has started for professional football that I might have to relisten to her book while a game plays in the background. But college football is also gearing up so that's another option. Charlotte is an artist but I don't think that an art gallery will let me sit and reconnect with her. Maybe I'll have to go to a museum instead. I found it interesting on the author's choice of centering her story on one particular day of the week. It has me wondering what the rest of the series will be about. And will any of the secondary characters make appearances.Ms. Mallon and Mr. Discher did a great job in letting me get to know our main characters. Sometimes I can get lost going from past to present but our narrators got me to really listen to what they were saying. They also make it easier to picture the banter Charlotte and Grayson had during their time in college. This is one good thing about listening to a book as opposed to reading it. They are totally different experiences and when you want to revisit a story the audio version makes it easier. Some people change the speed of a story and I wouldn't do that because it gives me an excuse to just relax and listen to the story being told to me. 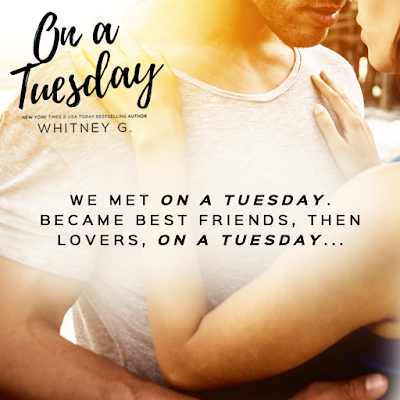 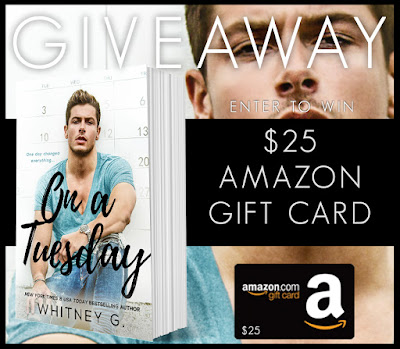 Whitney G. is a twenty-eight-year-old optimist who is obsessed with travel, tea, and great coffee. She’s also a New York Times & USA Today bestselling author of several contemporary novels, and the cofounder of The Indie Tea–an inspirational blog for indie romance authors.

When she’s not chatting with readers on her Facebook Page, you can find her on her website at http://www.whitneygbooks.com or on instagram: @whitneyg.author. (If she’s not in either of those places, she’s probably locked away working on another crazy story.)