Disclosure of Material Connection:  I received this book for review from Give the author.  I was not compensated nor was I required to write a positive review.  The opinions I have expressed are my own.  I am posting this in accordance with the Federal Trade Commission's 16 CFR, Part 255:  "Guides Concerning the Use of Endorsements and Testimonials in Advertising". 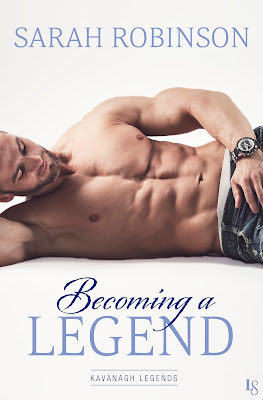 From the author of Saving a Legend (“A deep and moving story about family, acceptance, and love.”—Katy Evans) comes another smoldering MMA romance featuring the Kavanagh brothers, the chiseled alpha males whose real legacy is love.Kane Kavanagh has always had one goal: being the best mixed martial arts fighter alive. With the MMA National Championships in Las Vegas fast approaching, the man they call “Killer” has no intention of letting anyone or anything get in his way. Somehow, though, a feisty opponent has slipped beneath his guard—and stolen his heart. Fiery and passionate, Nora Hannigan is harder to pin down than any rival Kane has faced in the ring. And she isn’t afraid to tell Kane that she wants nothing to do with him.With her best friend about to marry into the Kavanagh family, Nora has been resisting Kane’s shameless attempts at flirting for months. But after their undeniable chemistry finally takes over, leading to the hottest night of Nora’s life, she’s running scared. There’s a lot about her life Kane doesn’t know, and she won’t be responsible for ending his career. Now Kane’s out to prove that he’s ready for a commitment by winning her heart—and he’s never lost a fight. 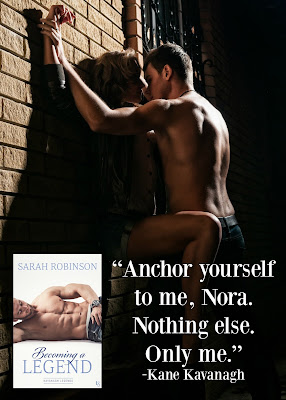 Kane Kavanagh has a way with the ladies. But there’s one woman who pushes his buttons and her name is Nora Hannigan. She just wants to be loved. I’m glad that her mother is fictional because I would have a few choice words to tell her. Kane at times seemed to be a little self-centered but he was there for Nora when it counted. At times I felt that she was to good for him but you love whom you love. It’s a story that will have you riveted and wanting to know more about the Kavanagh family.

This is one of those stories where the children pull at your heart – especially at this time of year. The children are part of Nora’s world and I’m glad that they have someone like Nora in their lives. Our author, in her own way, lets the reader know that we can’t take all the responsibilities of the world on our shoulders. We have to let others in and take the help that they offer.

I’m glad that this series can be considered stand-alones because I need to get caught up. I’ve read book two, Saving a Legend, but am disappointed to not have read Breaking a Legend yet. But I made sure to add it to my TBR list. And to add an extra enjoyment, it’s also in my audio TBR list. Kane is an MMA fighter and had me wanting to take a trip to Vegas just to see if he would make an appearance. I was also happy to see that there’s another book, Chasing a Legend, coming out in 2017 and it’s on my want to read list. Am also looking forward to the other books that Ms. Robinson has out now.
The Series: