My mind is a mess—chaos has always surrounded me in some way. Everything has been a battle, a relentless struggle to find the semblance of peace I desperately crave. I’ve tried to pull myself free from the self-inflicted turmoil, but it’s difficult. I lost a child—a son that should’ve been mine—and that deception cuts deep.

I should’ve expected nothing less when Hollywood blew through the bar that day. She came in like a hurricane, a bittersweet one I knew I had to have. She was different, but they always are, right? She’d have to be to catch someone like me. And now I find myself once again dreaming of a woman I can call my own and share my time with.

Hollywood only intensifies my deepest desires, but with the betrayal from my ex, I don’t know if I can overcome my internal struggles and finally possess a life I’ve prayed for. Like any big storm, you never truly know what you’re in for, and I find myself fighting.

Oath Keepers MC - Hollywood - is a sexy MC romance with no cheating. It has a HEA with no cliffhanger and can be read as a standalone. 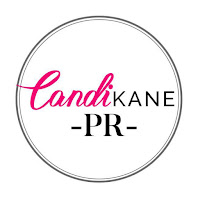