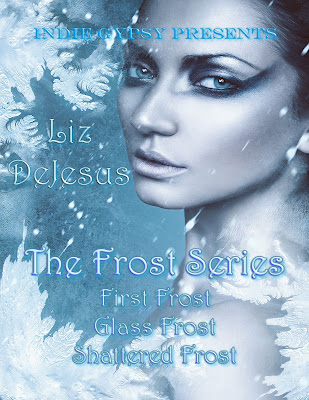 For generations, the Frost family has run the Museum of Magical and Rare Artifacts, handing down guardianship from mother to daughter, always keeping their secrets to family only. Gathered within museum's walls is a collection dedicated to the Grimm fairy tales and to the rare items the family has acquired: Cinderella's glass slipper, Snow White's poisoned apple, the evil queen's magic mirror, Sleeping Beauty's enchanted spinning wheel...Seventeen-year-old Bianca Frost wants none of it, dreaming instead of a career in art or photography or...well, anything except working in the family's museum. She knows the items in the glass display cases are fakes because, of course, magic doesn't really exist. She's about to find out how wrong she is.

When Cinderella's glass slipper is stolen, Queen Felicia sends her faithful steward Terrance to the real world to retrieve his love and witch-in-training, Bianca Frost. The power of the glass slipper, when paired with its mate, and in the wrong hands, could ruin the peace of Everafter. Bianca must gather every bit of magic she has learned in the past few weeks to find the slipper and protect her new love.

Bianca Frost and her BFF Ming Lee return to Everafter to attend the Winter Ball with their boyfriends, Terrance and Prince Ferdinand. They were looking forward to a short vacation, especially Bianca, who is being bullied at school. She is looking forward to the day when she can finally graduate from high school. But all is not cute hair and fancy shoes as a mysterious count sets his sights on Bianca at the ball. When Count Jonathan Bleu kidnaps Bianca and Ming, the pair must do everything in their power to escape his clutches.

Before he knew it, his feet moved of their own volition. He followed the sound; it felt like he was the only one to hear the series of whispers and murmurs. He walked until he stopped in front of a large greenhouse.
“Hello?” Terrance said.
When he spoke, the murmurs stopped. He frowned but stepped closer to the door; it was ajar.
“Hello? Is anyone in here?” Terrance called out.
No response. He was about to give up and turn around when he heard a soft feminine voice speak.
“You must be very special if you were able to hear my voice from so far away.”
Terrance was slightly taken aback by what he heard. He didn’t like using words like ‘special’ to describe himself. He was who he was, nothing more…nothing less. He still couldn’t pinpoint the stranger’s exact location; it was as if she was everywhere at once. Who was she? Why couldn’t he see her?
Once more, his curiosity drove him to step inside the greenhouse and find the source of the hypnotic voice. He was amazed at the humidity inside, everything smelled like wet wood. There was condensation on all the glass and metal surfaces. There were terracotta pots sitting on shelves all along the wall. The white paint was peeling off the walls and the place felt abandoned and unkempt. He walked around the greenhouse until he found a hole in the ground and a set of stairs that went further underground. Against his better judgment, he went downstairs. He noticed right away that the steps were made of the bare earth. The room was dark, but thanks to the eyesight he inherited from his father, he was able to see. There were roots everywhere.
On the ceiling.
On the walls.
On the ground.
Terrance took a step back and tripped over an overgrown tree-root. Something about this place made him feel suffocated and slightly claustrophobic as though the walls would cave in and consume him. Buried alive.
“Looking for something? Or someone? ” the voice asked.
A swirl of leaves, bark and flower petals circled around Terrance. His heart hammered against his chest. Should he stay still? Should he leave? For the first time in his life, he was completely unsure of what to do.
“Do not fret…I bear you no ill will,” the voice said as her face and body slowly began to take shape. Blue-black flower petals made up her hair. Her skin was made from soft looking, dark caramel bark. Her eyes were the color of golden amber. Her feet and toes were like the roots on a tree. Her dress was made of up of light pink rose petals that reached her knees. Once her transformation was complete, Terrance admitted to himself that she was beautiful. So very different from the way Bianca looked but that was why he loved her so much. She wasn’t like anyone he had ever met before. His heart ached for his missing love.
Who is she? He wondered as he continued to study at the strange creature before him.
The woman grinned, and that made him wonder if she had heard his thoughts. It wouldn’t have surprised him, but he made a mental note to be careful what he thought while he was standing around her.
She went back to her task of talking to the roots on the ceiling and the flowers in the garden.
“Who are you?” he asked.
“Blodeuwedd. The Spring Queen,” she whispered.

Liz DeJesus was born on the tiny island of Puerto Rico.  She is a novelist and a poet. She has been writing for as long as she was capable of holding a pen. She is the author of the novel Nina(Blu Phi'er Publishing, October 2007), The Jackets (Arte Publico Press, March 31st 2011) FirstFrost (Musa Publishing, June 22nd 2012) and GlassFrost (Musa Publishing).  Liz has a story featured in the Indie Gypsy anthology Stories in the Key of Erotica. Look for her novel Morgan, to be released in July 2014 through Indie Gypsy.

Feel free to email her at lizdejesus23@yahoo.com 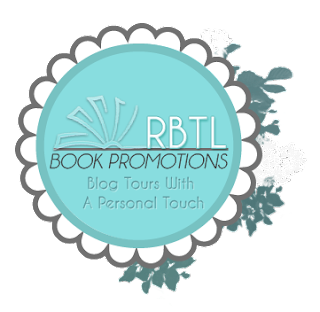