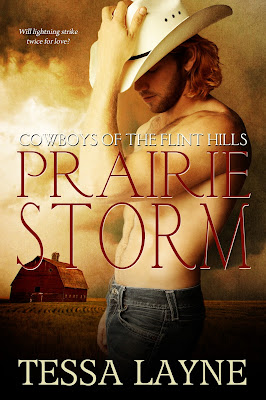 Axel Hansen is Prairie’s fickle Casanova and resident prankster. Ten years ago, he wanted nothing more than to settle down on the family ranch with his college sweetheart. But his adrenaline junkie girlfriend, Haley, chose her profession over love.

She’s the thrill seeker who broke his heart…

Meteorologist Haley Cooper has devoted her career to facing down tornadoes and saving lives. She’s finally offered the promotion of a lifetime, but it means boarding at the last place on Earth she thought she’d see again and facing down her biggest regret.

Will lightning strike twice for love?

Axel jumps at the chance to help Haley with her research, and before they know it, they’re caught in the crosswinds of love and obligation. But as devastating tornadoes rip through the area, they’ll have to confront their feelings for each other and decide if their love can weather any storm.

“In case you didn’t know…”  He launched into his best imitation of a Brett Young song he’d heard a few times. “Baby I’m crazy ‘bout ya.”
Coop shut her eyes, shaking her head. But a grin curved her full mouth. “Just. Stop.” She shook her head again. “No one could make me laugh like you could.”
Pleasure roared to life inside him. He didn’t know why it was so important to him to hear that, but it was. Like she hadn’t just walked out of his life and never thought about him again. Like maybe, just maybe, she’d missed him? That maybe there was some reason she’d bolted without a word, and not just that she’d grown tired of him and decided he wasn’t worth loving.
Axel hopped up and aimed for the cooler that held dinner. “I don’t know about you, but I’m famished.” Why had that song popped into his head? He’d come dangerously close to expressing himself, and while he wanted her - God did he want - he’d already made his move. And he’d be a fool to go there again while she was making it clear he was to stay at arm’s length. But, he didn’t have to make it easy for her to keep him there. Eventually she’d give in. He could see the heat in her eyes when he caught her staring. And he’d felt it when they kissed. She wanted him too. He knew it. 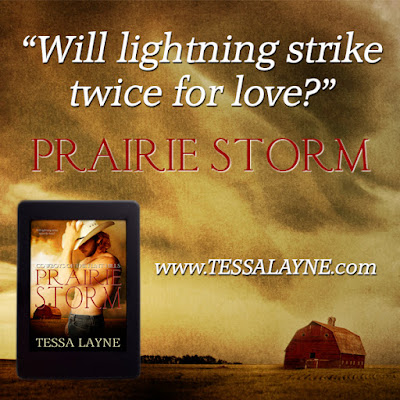 The man in front of her was no longer the soft cheeked, buff young man she’d abandoned. Rather, an older, hardened version stood in front of her. All planes and valleys and miles of muscle. Same ginger hair, but now a scruffy shadow covered his jaw. The kind of scruff she’d love to pass her hands over.
Axel’s eyes were obscured by aviators that suited his older, leaner self. And while her heart leapt from its cage, she didn’t miss the way his mouth opened then flattened, or the way his temple throbbed when he clamped his jaw.
Damn.
Her body quivered in recognition. Until he mouthed the words Holy Shit.
“What the hell are you doing here?” Axel spat, anger punctuating every word.
Haley swallowed and smiled brightly. In a million years, she’d never imagined a reunion with Axel going like this. Her heart pounded deafeningly, blotting out the songbirds in the nearby trees.
All the words and platitudes she’d practiced on the drive up from Norman fell away. Because the truth was, even after ten years, Axel Hansen still managed to take her breath away. And what was she supposed to do with that? 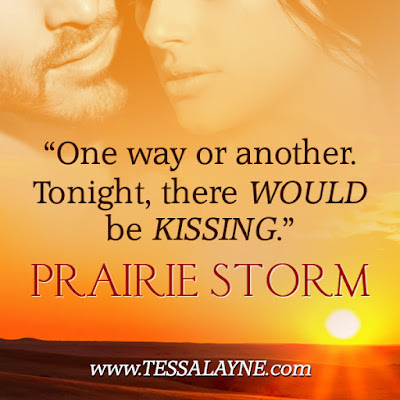 He’d always kept his hair short back then. This wilder, untamed Axel was pushing all the right buttons. He made a noise in the back of his throat and pulled away, leaning his forehead against hers as her breathing slowly returned to normal.
“This is a bad idea, Axe.”
He gave her a squeeze. “Like hell it is.”
She pushed back from him, concern momentarily overriding her body’s desire for more kisses. “I have a rule about mixing business and pleasure.”
“I promise never to kiss you in that contraption you call a car.” His hands slid up her back, caressing in tiny circles.
“Axe…” her voice trailed off as he nuzzled her neck. His mouth set her skin on fire as he swept it over her collarbone, whiskers leaving a trail of heat in their wake.
“We’re not in your car,” he murmured into her neck, sending another cascade of sizzles straight to her pussy.
“I… You know what I mean,” she panted, knees wobbling.
He lifted his head, a fierce light in his eyes. “I’m done playing by other people’s rules, Coop.”
Her breath caught in her throat. So. Damned. Sexy.

Other Books in the Series: 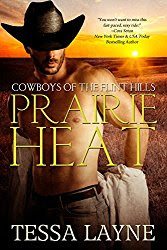 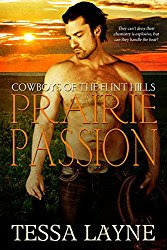 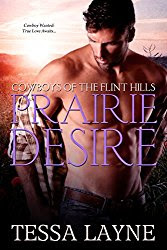 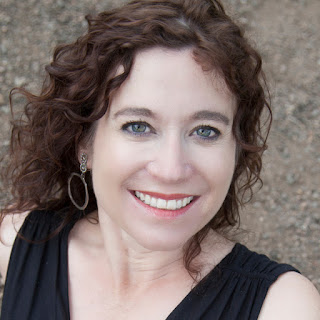 Tessa Layne writes smokin’ hot contemporary cowboy romances. She was born in the heart of the Flint Hills and grew up in Colorado in the mountains at the edge of the Great Plains. There, she met her own smokin' hot Cowboy and had a whirlwind romance to rival any novel. She believes in Happily Ever Afters, loves fireflies, horses, and breathing clean country air. When she's not writing about sassy heroines and the tenderhearted tough guys who fall head over heels for them, her favorite thing to do is to sit on the porch swing with a glass of Rose, listening to Mr. Cowboy pluck his guitar!